Can You Optimize Routes with Google Maps? 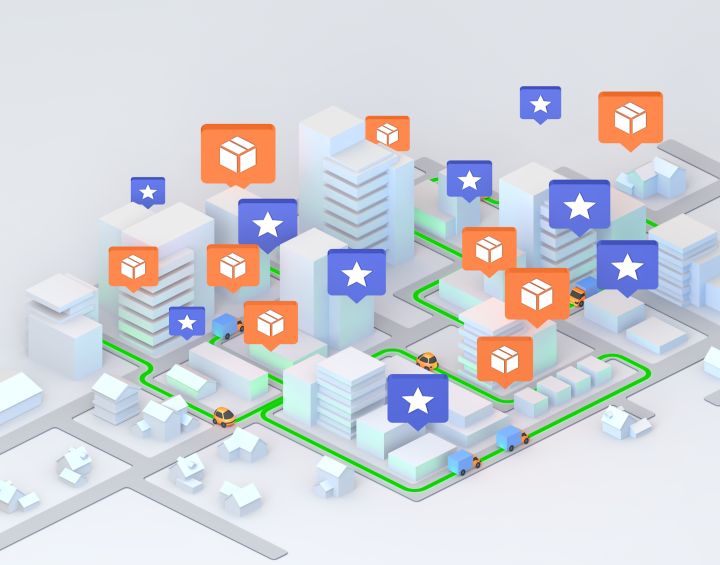 With Google Maps routing, you can create and navigate routes with up to 10 stops. However, Google Maps doesn’t offer route optimization features. Instead, it sequences the added addresses in the same order in which they were introduced.

To optimize your routes and transform them into the most cost-effective and time-efficient stop sequences, you need a delivery route planner or Route Optimization Software.

What’s the Difference Between Route Optimization Software and Google Maps ?

Google Maps routing allows you to create a multi-stop route with up to ten addresses. However, it doesn’t offer you the possibility to automatically optimize your route. Your stops are sequenced in the same order in which you introduced them.

On the other hand, a delivery route planner or Route Optimization Software allows you to create routes with an unlimited number of stops. It also re-arranges your addresses in the most optimal order, finding the shortest way to service all of them in the most cost-efficient way.

Can Google Maps Plan a Route With Multiple Stops?

Google Maps can plan routes with a maximum of 10 stops, organizing the introduced addresses in the same sequence in which they were added, without rearranging them into the most optimal order.

To optimize your multiple stops and create the most cost-efficient and time-effective routes, you can use a delivery route planner or Route Optimization Software.

Other Questions in "Route Planning Glossary"