Routes are synced from your Route4Me web account to your iPad route planner app each time a new one is assigned to you. Managers and dispatchers, on the other hand, can see all the planned and optimized routes for their teams.

On your Route4Me iPad route planner app, tap on “Routes” to open your Routes List. Your recently planned routes appear at the top of the list. 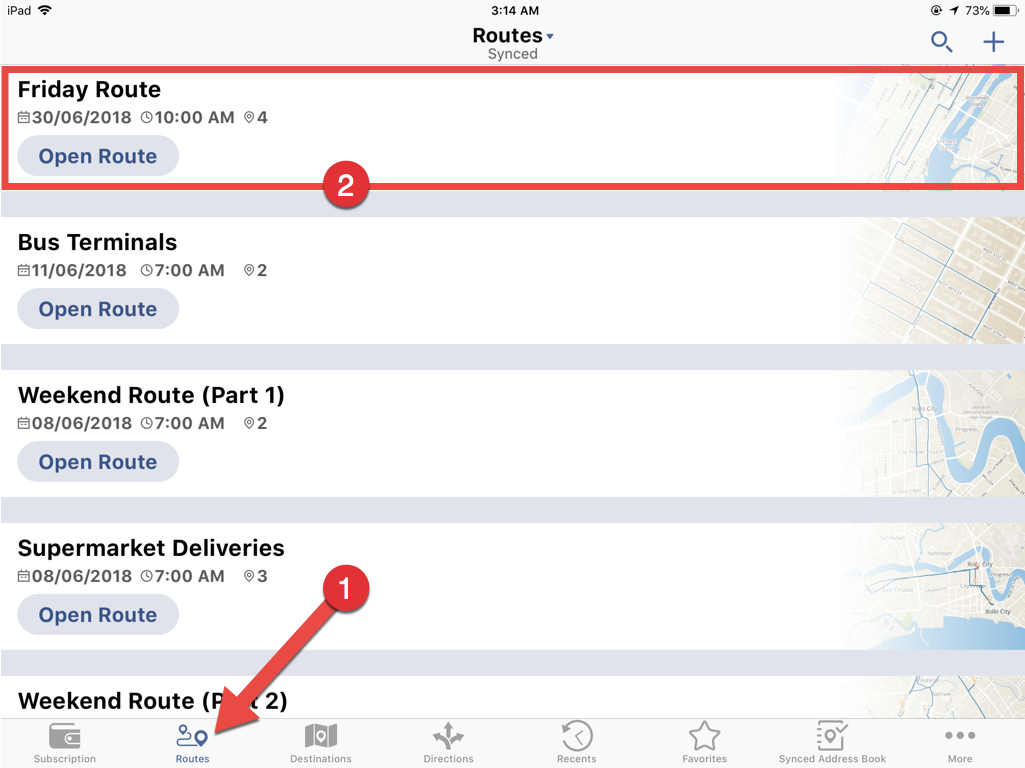 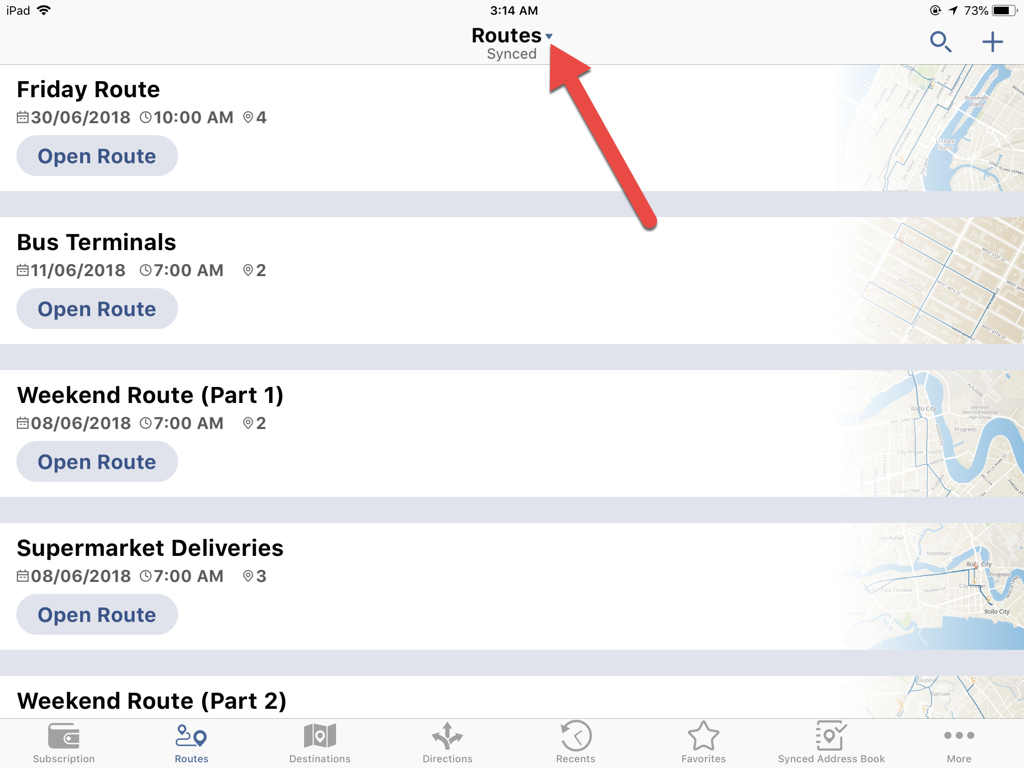 Finally, tap on your desired view. 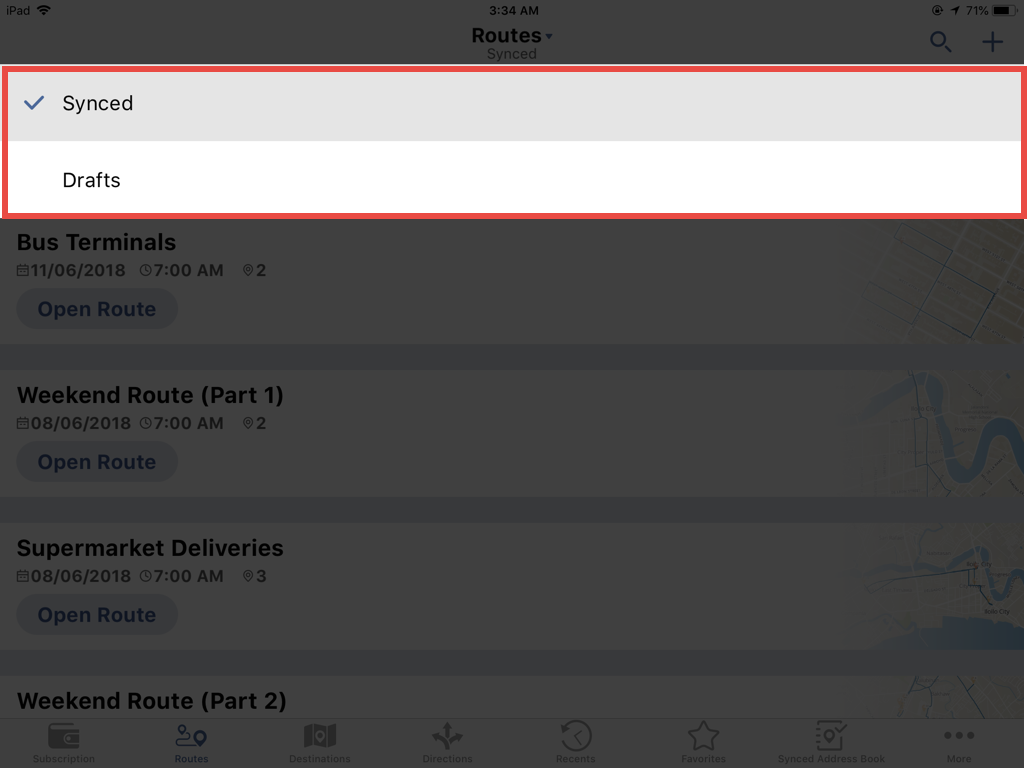 Destinations View on the Route Planner App for iPad 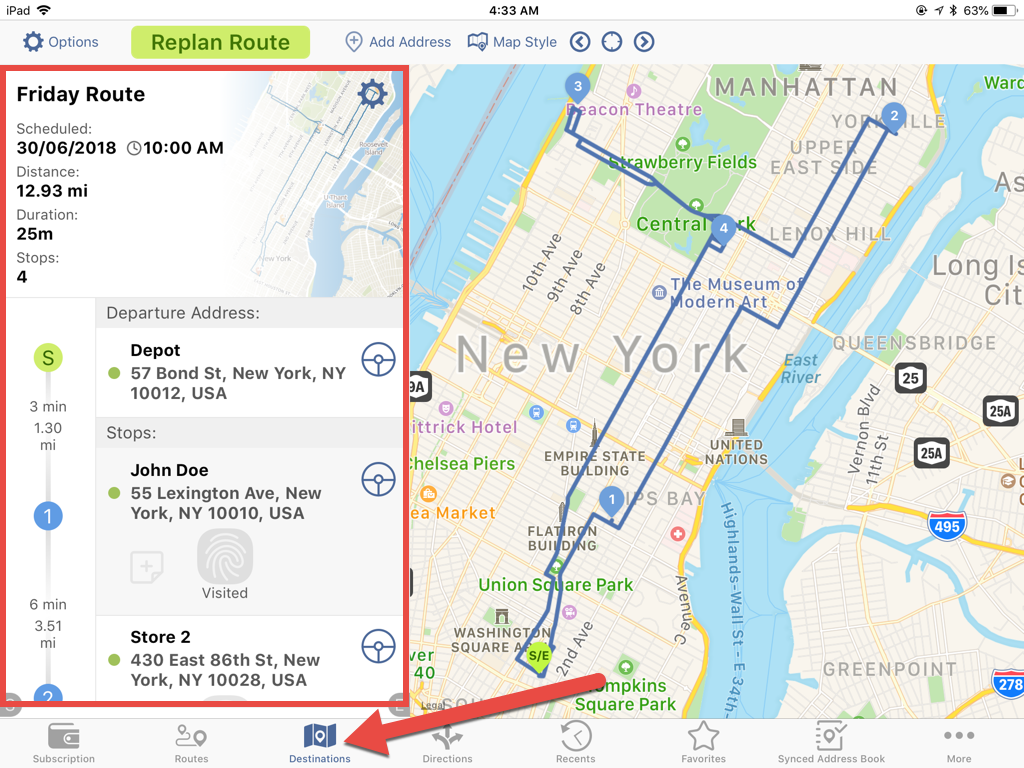 If there is more than one planned route on your account, you can access the full list by tapping Routes at the bottom of the screen of the iPad planner app. 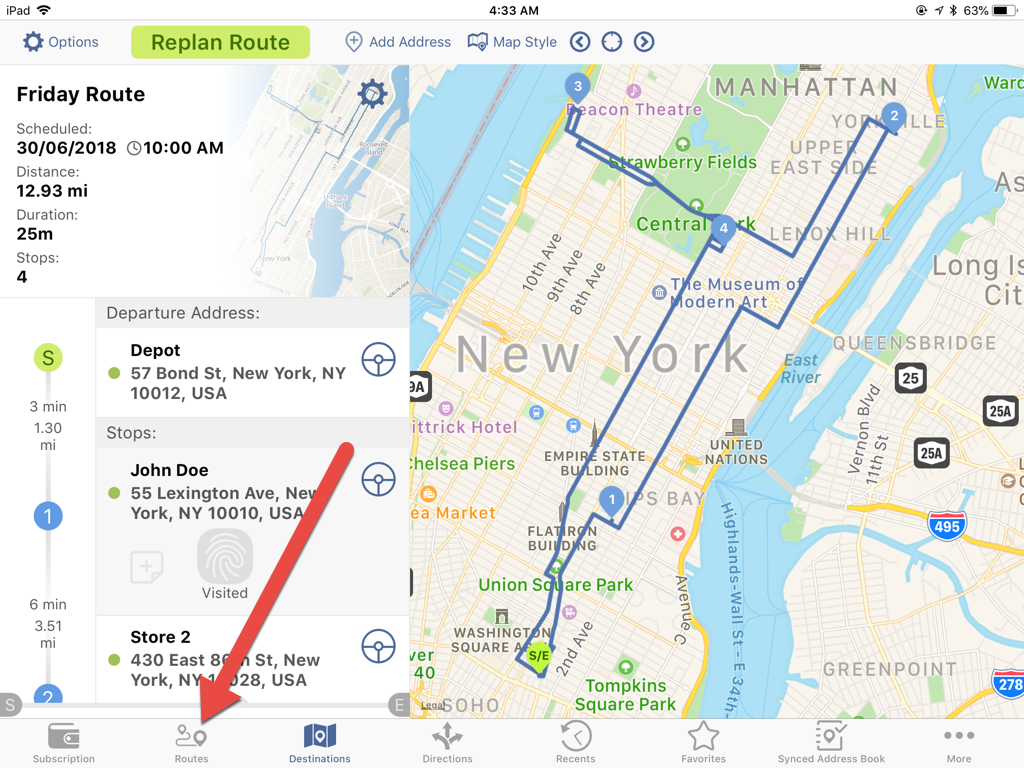 Select the route you want to open, and then tap the Open Route. 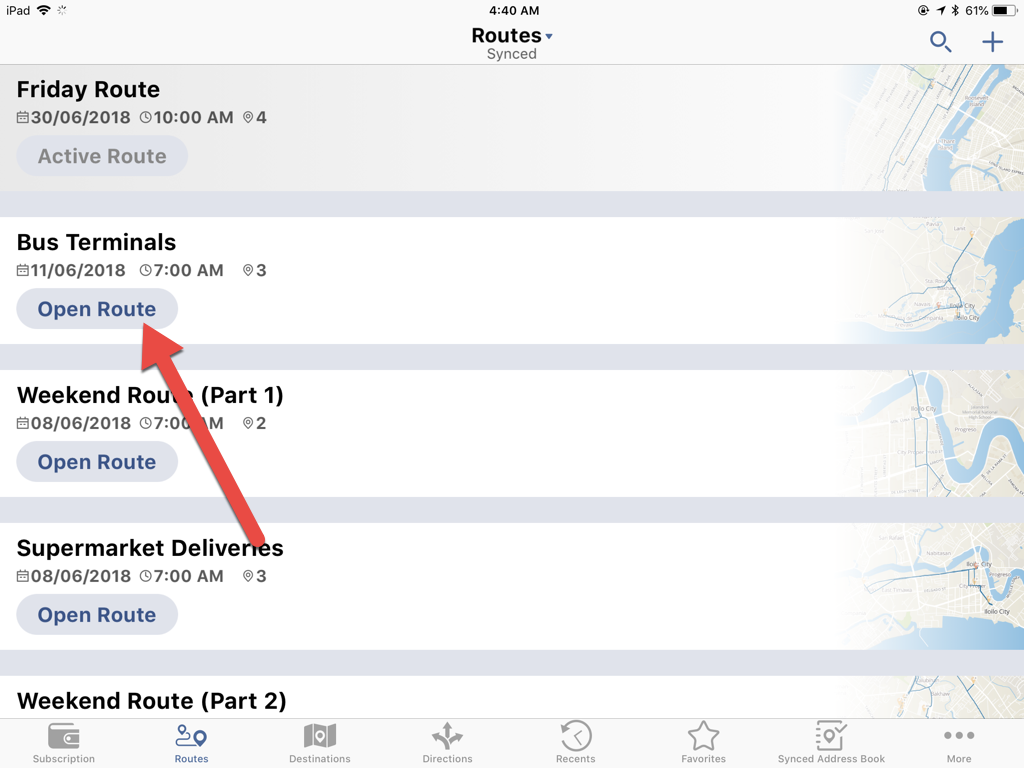 Finally, tap “Confirm” when prompted by the iPad planner app. 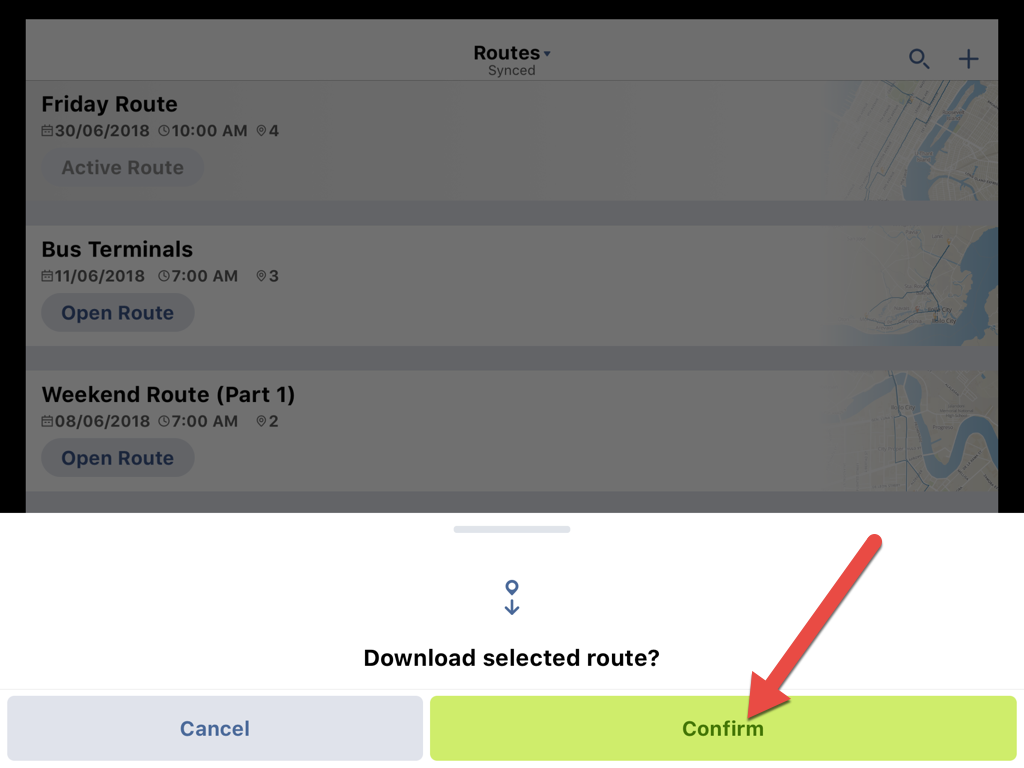 The route opens at the “Destinations“ view and then becomes the active route on your iPad planner app. 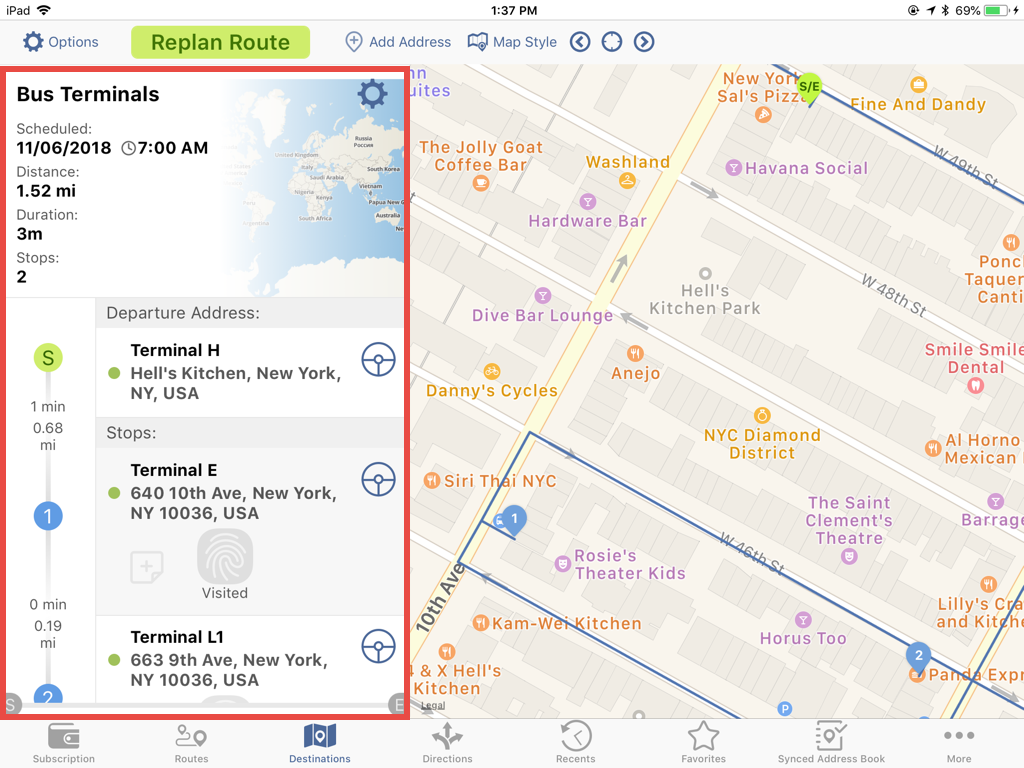 Search for Planned Routes on the iPad Route Planner App

Your routes list on the iPad Route Planner app displays all your planned routes with the recent one at the top. However, if you have multiple routes to choose from, you can search for a specific route by:

To search for a route on the Route Planner App for iPad, tap Routes and then tap the search icon at the top right corner of the screen. 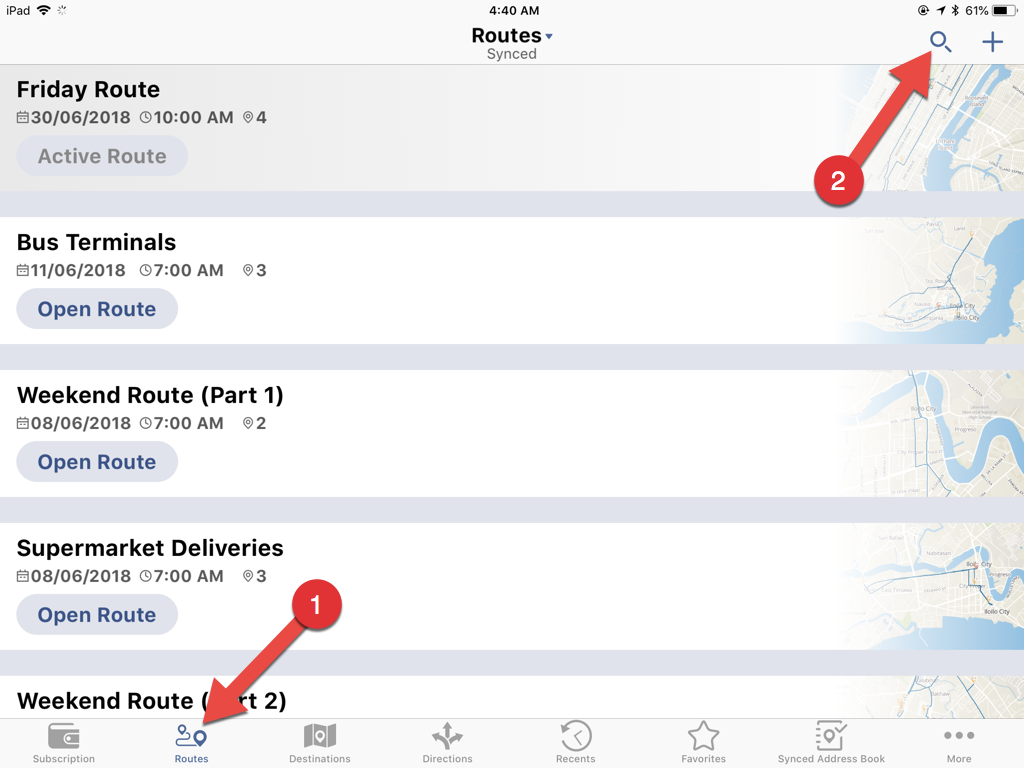 Next, type in your search text, then tap Search. 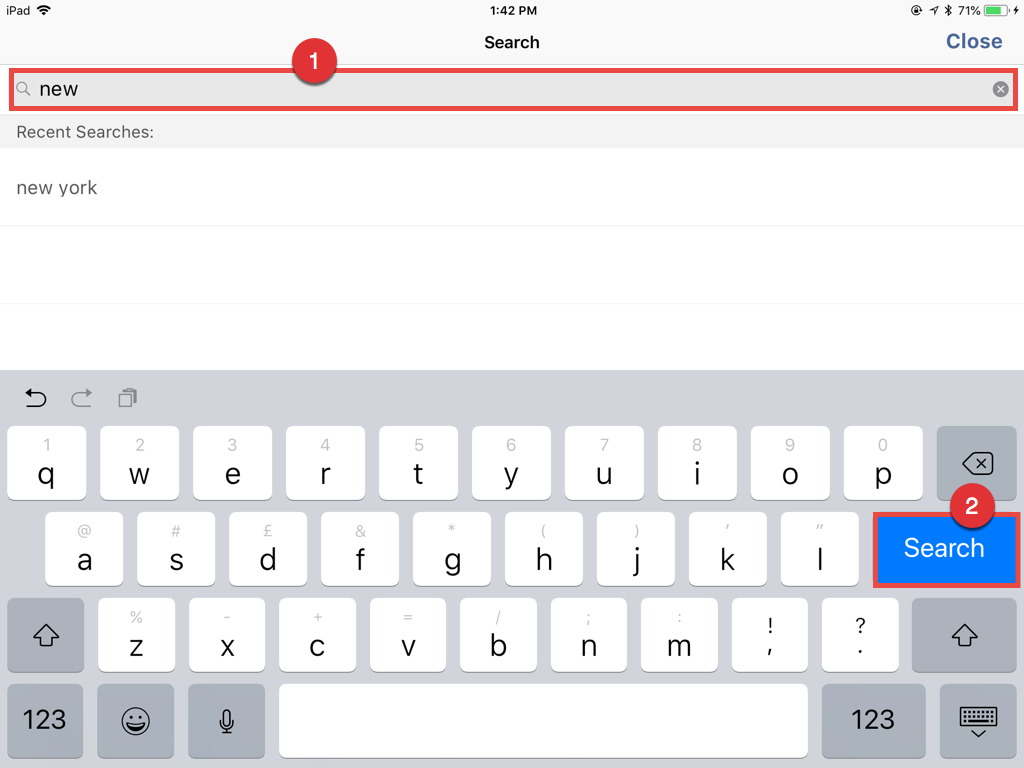 The search returns all the results that match your search criteria. Multiple routes that include the same address or alias you are searching for also appears in the results. 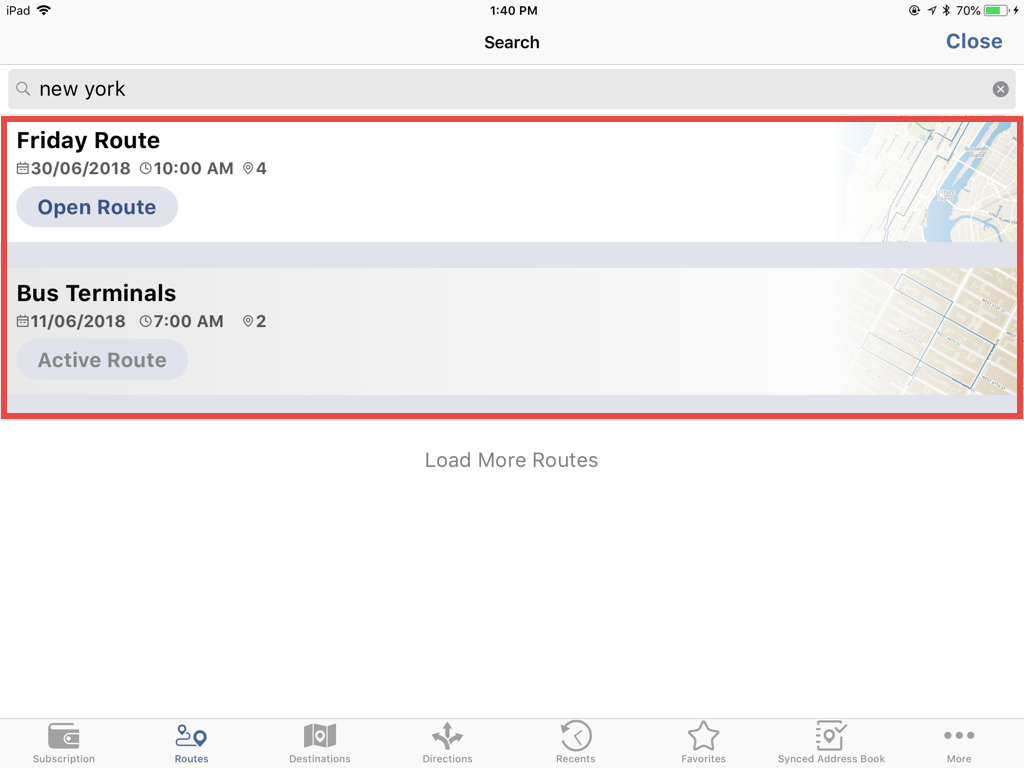 View the Stops on a Route Using the iPad Route Planner

View all the stops in your multi-stop route on the left side of the screen of the Route Planner app for iPad.

Here you can view general route details, such as the name, schedule or distance of the route, as well as the sequence of stops included in the route. 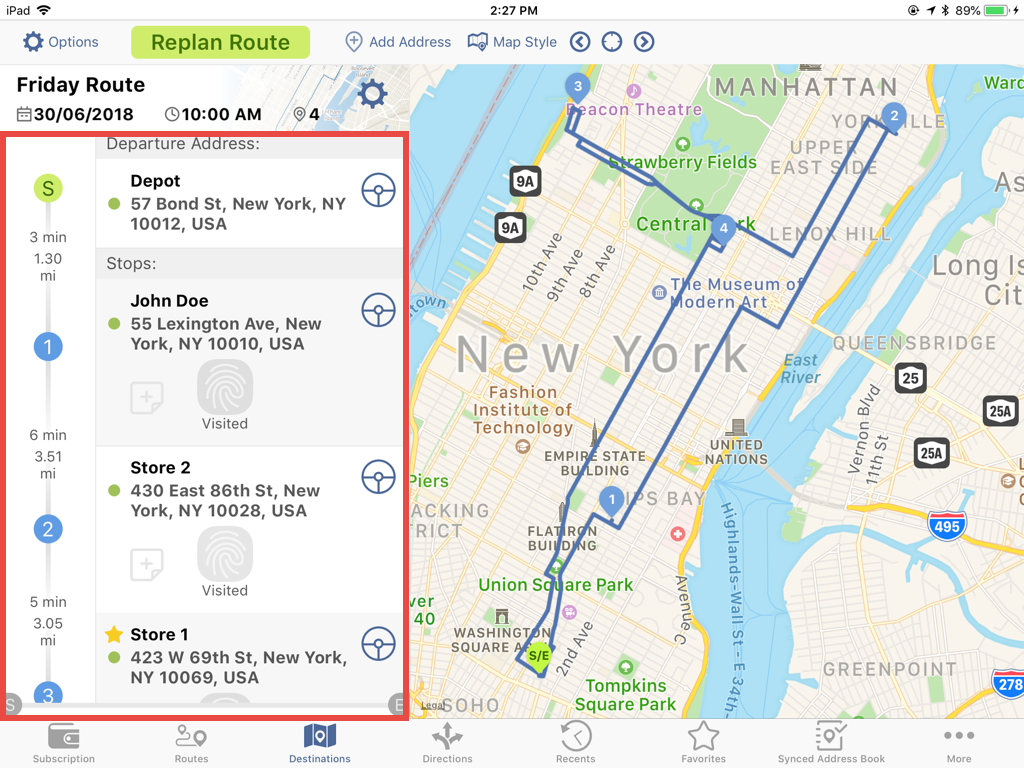 To view detailed information for an address, tap on it in the stops list. 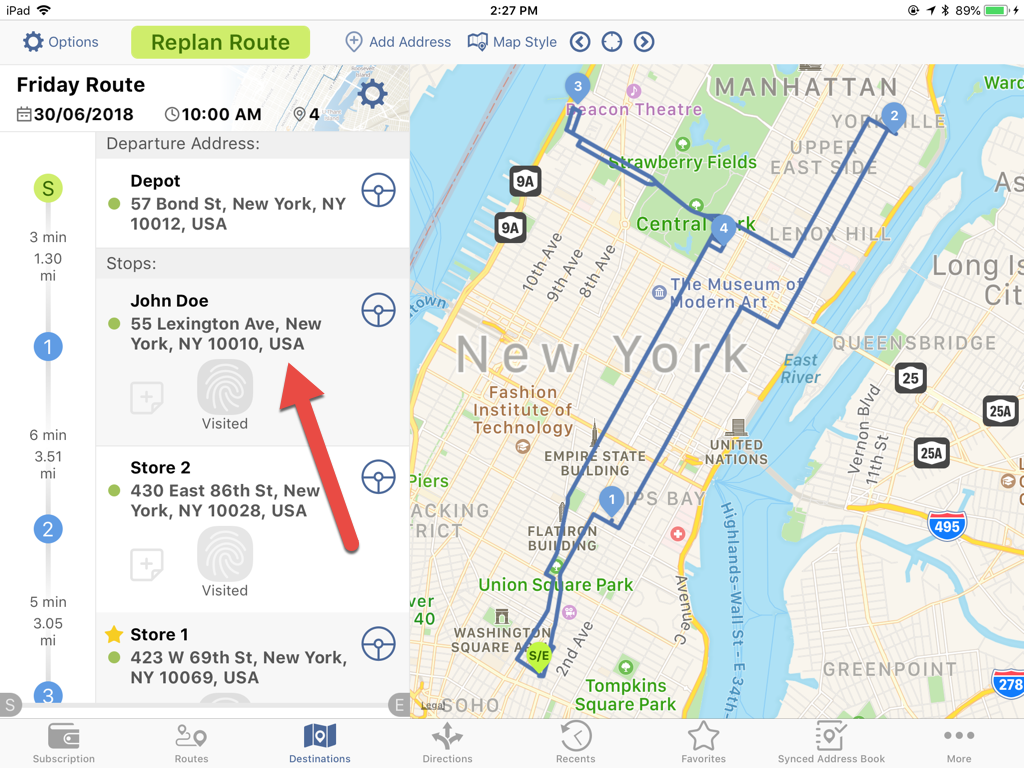 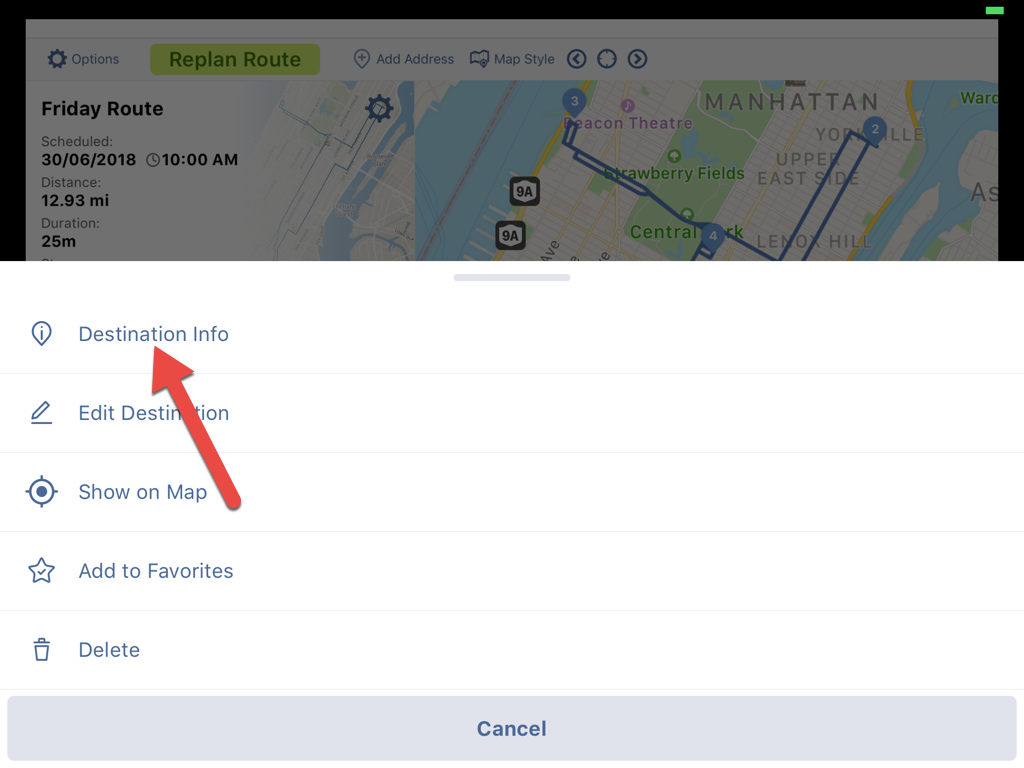 All the details associated with the stop are then displayed. 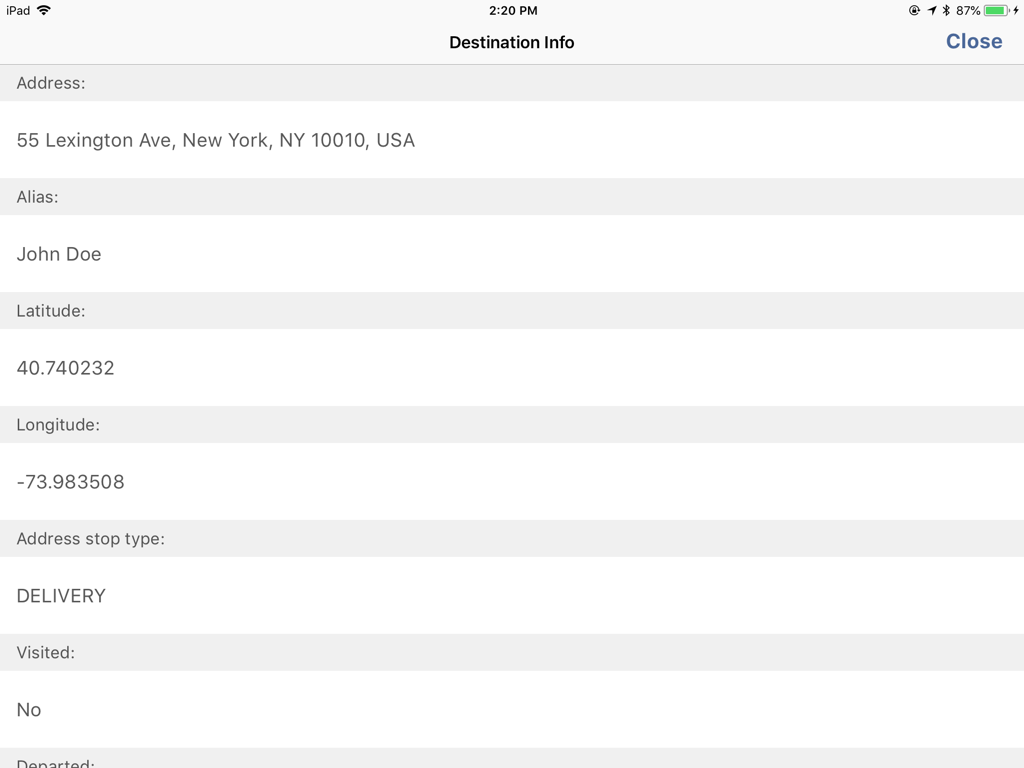