Route4Me’s iPhone Route Planner is designed to make your routing operations and transactions as fast and flexible as possible, allowing you to effortlessly plan, optimize, and navigate routes of any complexity on the go. With Route4Me’s iPhone app, you are able to duplicate any route in your Routes List. When you duplicate a particular route, the duplicate route contains the same addresses/destinations and stops sequence as the original route, as well as the same schedule. Once you duplicate a route, you can change the settings of the duplicate route to accommodate your particular routing needs, and the original route will remain unchanged. Thus, you can create master routes and re-use them multiple times without having to wast time on planning new routes completely from scratch.

To duplicate one or multiple routes, first, go to “Routes” from the navigation menu to open the list of all routes associated with your Route4Me account and then tap on the menu icon of the route that you want to duplicate.

After that, select “Duplicate Route” from the route’s menu and then confirm that you want to duplicate the selected route when prompted. Once the route is duplicated, the duplicate becomes available in your Routes List with the exact same name as the original route it was duplicated from plus the word “(Duplicate)” at the end. 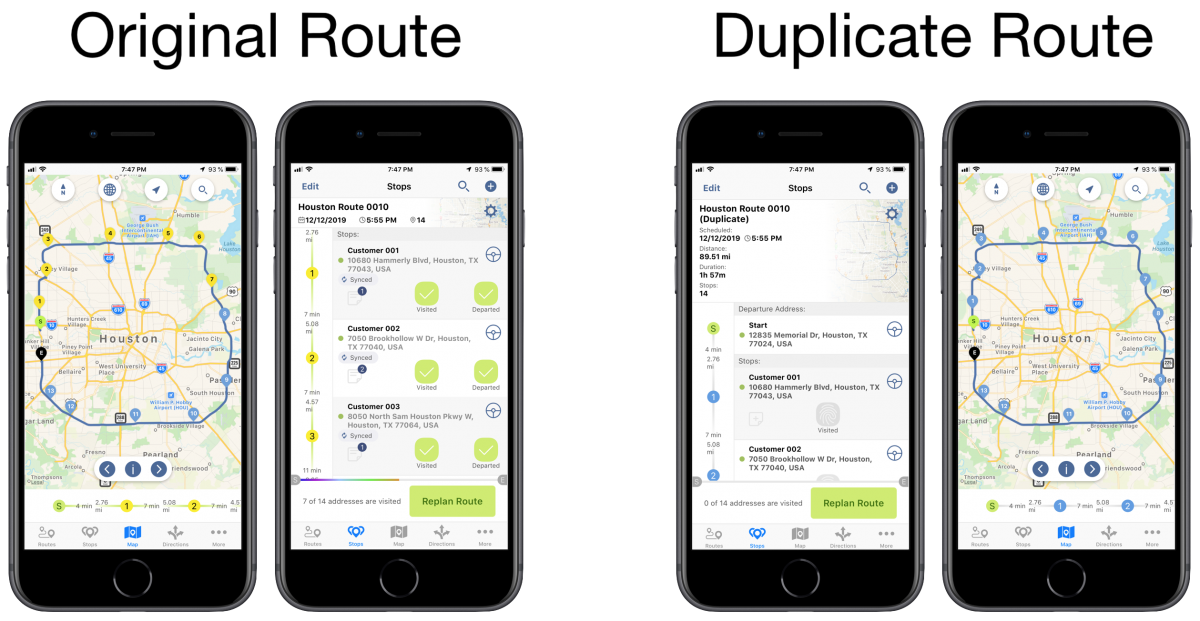 Route4Me provides near real-time data synchronization across all associated computer and mobile devices so that whenever you duplicate a particular route using Route4Me’s iOS or Android mobile app, the duplicate route automatically becomes available on the Route4Me Web Platform and vice versa. 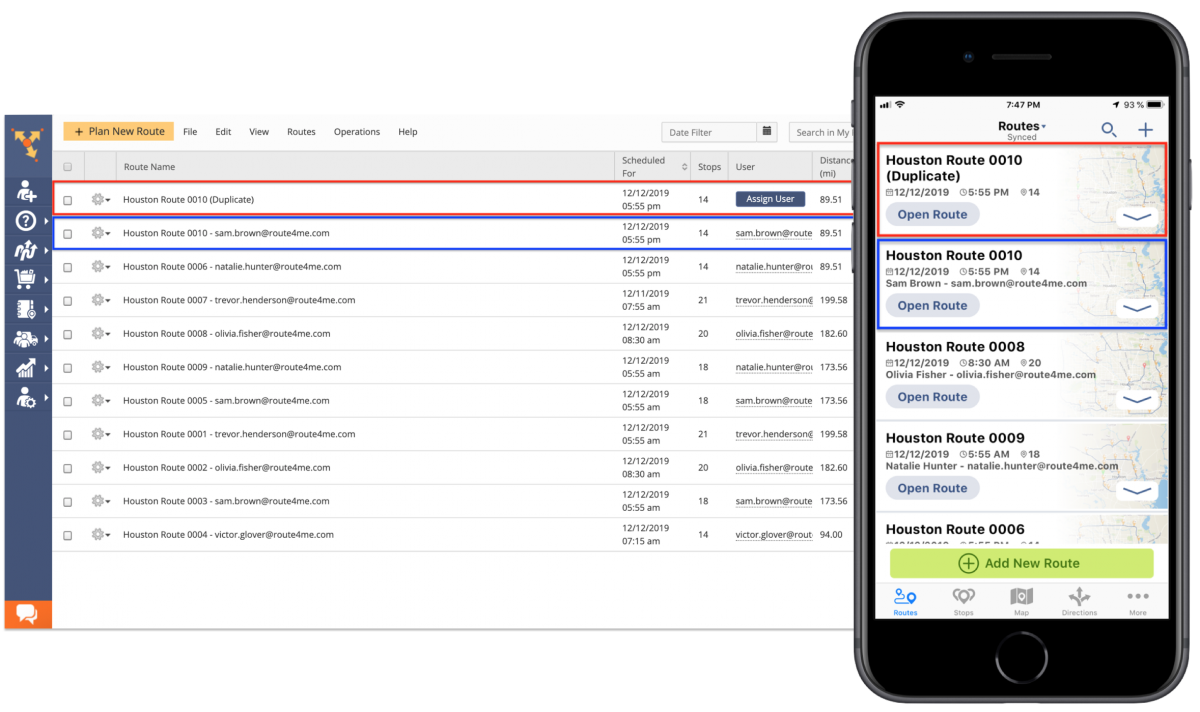