Dispatch Routes from the Web Platform to Mobile Devices

With Route4Me’s dynamic routing software and near real-time data synchronization, you can dispatch a route created on the Web Platform directly to your drivers’ route planner apps. Thus, whenever dispatchers and managers back at the office plan and optimize routes using the Route Optimization Web Platform, the drivers who are out in the field can instantly open the routes that are assigned to them on their mobile devices using Route4Me’s iOS and Android Route Planner apps and start navigating the planned routes using the built-in voice-guided navigation as well as their favorite navigation apps such as Apple Maps, Google Maps, Waze, etc. Moreover, you can also set up alert notifications that automatically send out custom-defined messages to customers once their orders are dispatched. Learn more about how to set up action-triggered notifications and customizing notification messages.

All you need to do for dispatching a route from the Route4Me Route Optimization Web Platform to the route planner app of a particular field employee is to assign this team member to the corresponding route. You can assign a driver to a route when specifying the route’s parameters. To do so, first, go to the “User” tab and then select the user that you want to assign to the route from the corresponding drop-down list. Learn more about how to create new and managing the existing users. 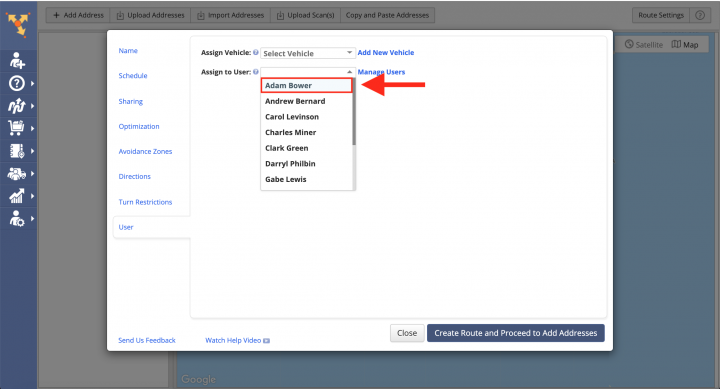 Alternatively, you can assign users to already planned routes. To assign users to the routes that are opened on the Routes Map, click on the gear icon next to a particular route and then select the corresponding option from the list.

To assign a user to the route that is opened in the Route Editor, first, go to “Edit” and then select “Assign User” from the list. 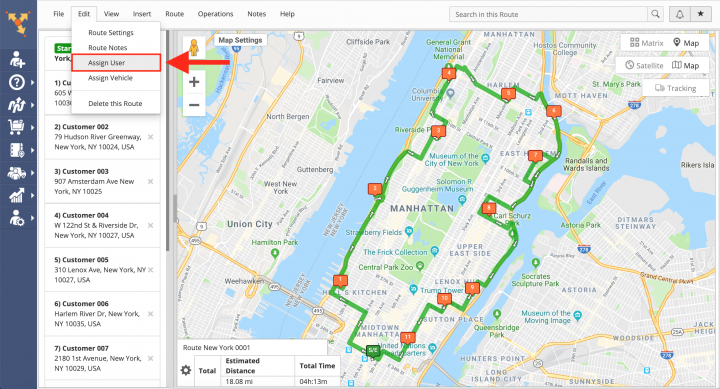 After that, select the user that you want to dispatch the route to from the corresponding list. Learn about all methods of how you can assign users to routes. 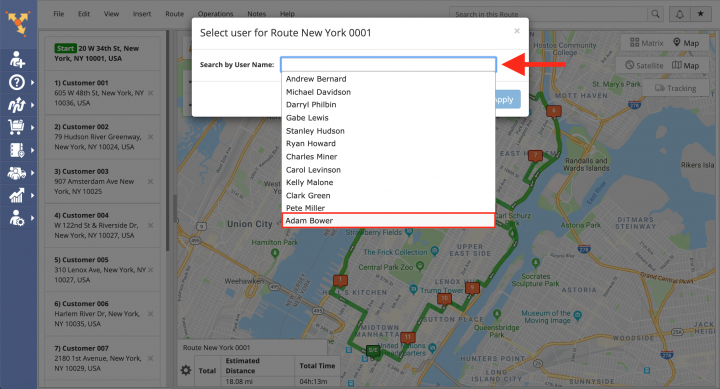 Whenever you dispatch a route or assign a user to a route, the corresponding route instantly becomes available on the user’s route planner app. Learn more about how to view and manage the routes that are dispatched to Android devices. 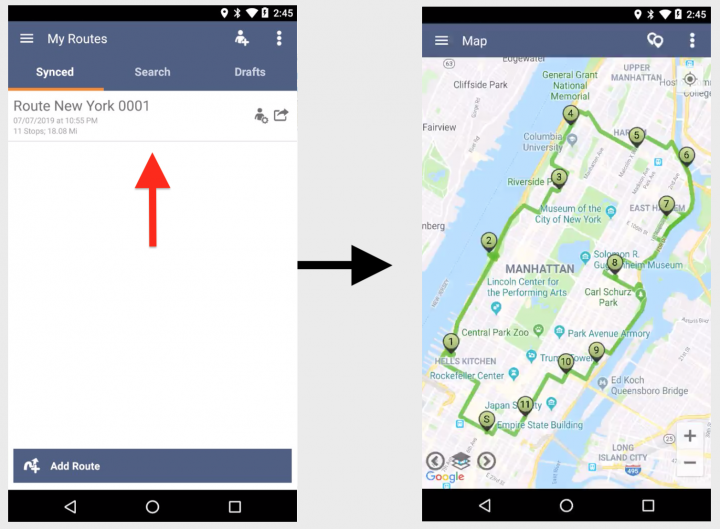 Learn more about how to view and manage the routes that are dispatched to iOS devices. 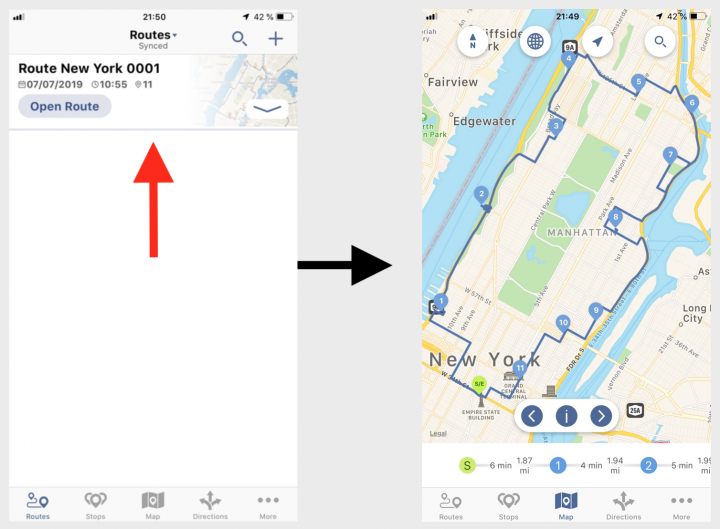