Route4Me’s iPhone multi stop route planner app is aimed at providing mobile and flexible tools for performing complex route optimization, route planning, and fleet management activities on the go. With Route4Me’s iPhone route planning app, you can easily track the progress of your routes and delivery progress in order to make sure that everything goes as planned.

Marking Stops as Visited and Departed from the Stops Screen

First, open the route that contains the stop(s) which you want to mark as visited and departed. To do so, tap Open Route on the Routes screen and then Confirm when prompted. Once the route is opened, it displays all the route’s addresses on the Stops screen.

Marking Stops as Visited and Departed on the Map

To mark a stop as visited and departed on the map, first: 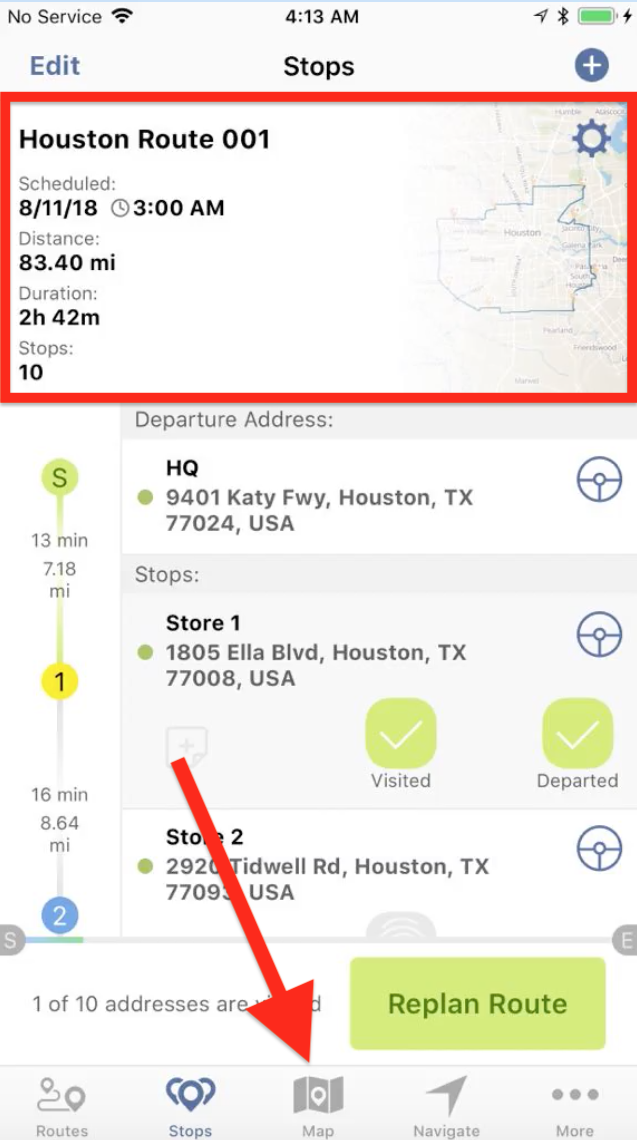 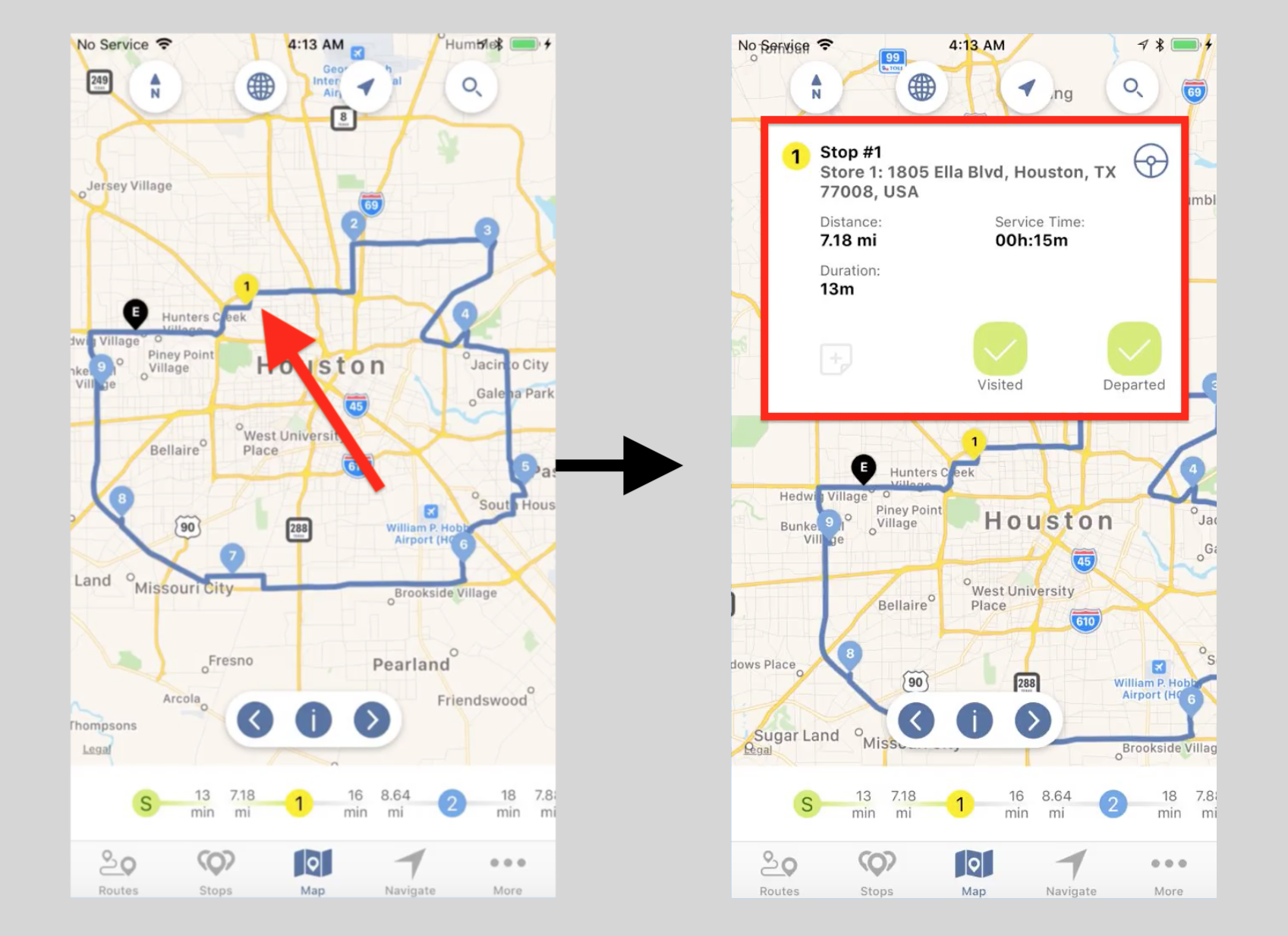 Use the arrows to navigate between stops. The i icon displays or hides information about a stop. 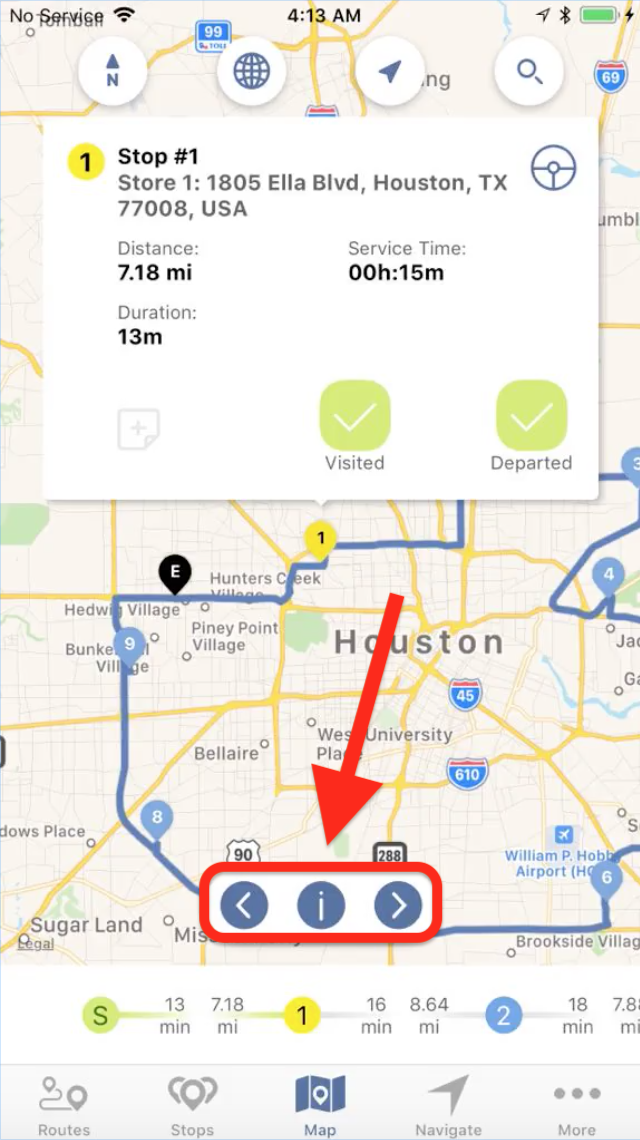 Mark the stops as visited or and departed by taping on the corresponding icons.

Tracking the Progress of a Route on the Map 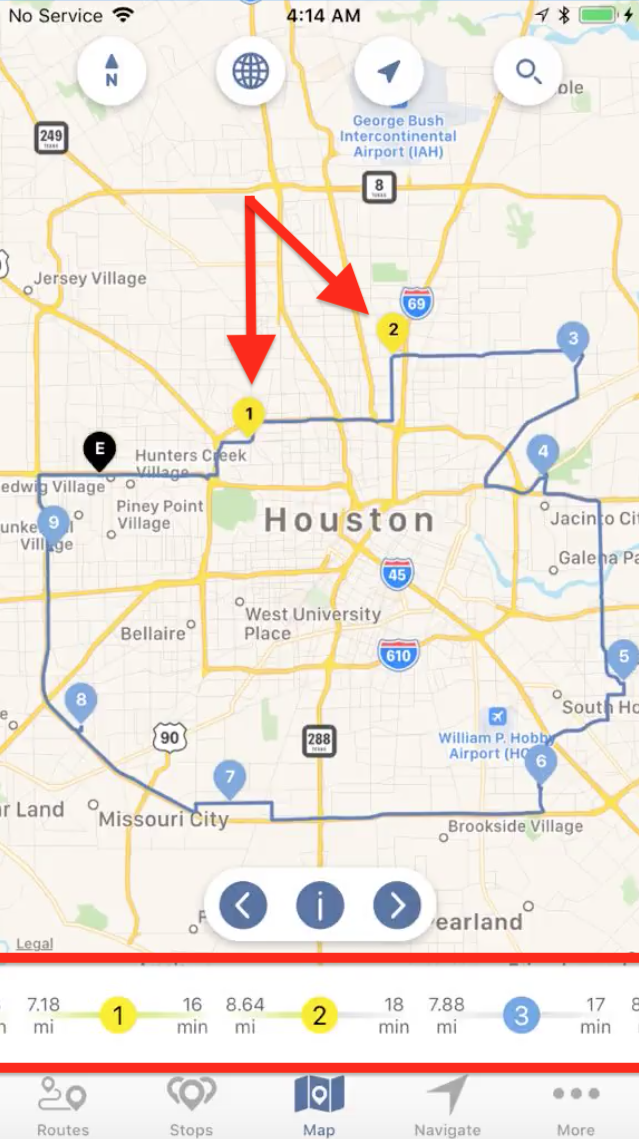 Tracking the Progress of a Route on the Stops Screen 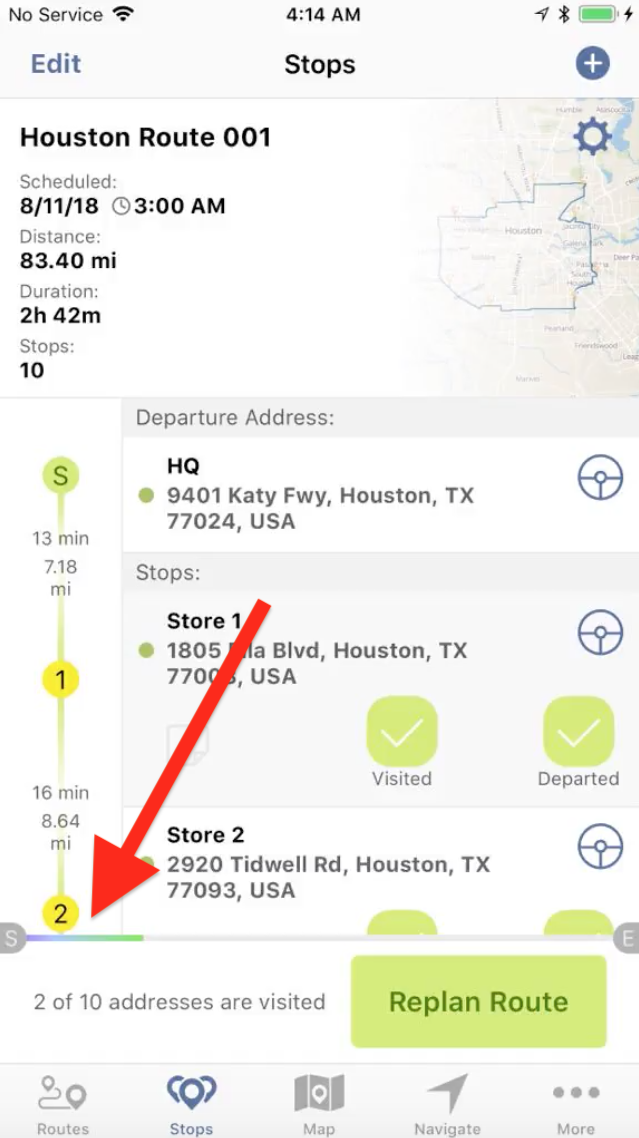