The Route4Me route optimization software provides multiple route optimization options that allow you to get the most efficient and cost-effective stop sequences on your multi stop routes. For more control over your optimized routes with multiple destinations, the Route4Me route planning software enables you to define an order priority value for each stop on the route. The higher the priority, the closer to the beginning of the route a stop will be inserted (1 is the highest priority and 999999  is the lowest order priority for a route stop). The Priority Constraint can be applied in numerous use cases, for example, when you first want to visit VIP customers or those who paid more for the earlier in the day service. You might also want to assign a higher priority to perishable or fragile items to make sure that they are handled earlier in the day. Moreover, with Route4Me’s near real-time data synchronization, managers and dispatchers back at the office can make changes to the priority of particular stops, and the drivers who are out in the field can receive instant live updates on their mobile devices using Route4Me’s Android and iOS Route Planner apps.

Viewing and Changing Priority of Stops from the Route4Me Web Platform

To view or change the priority of a particular stop, first, open the route that contains this stop in the Route Editor and then click on the corresponding stop to open it. In the Order section of the opened stop, you can view its sequence priority on the route in the Priority field. 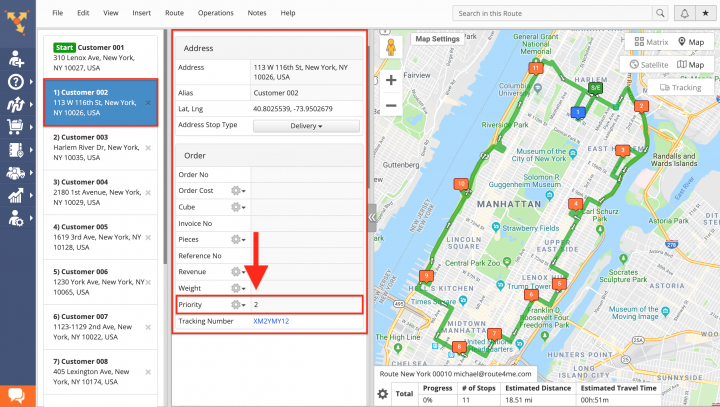 To change the priority of the stop: 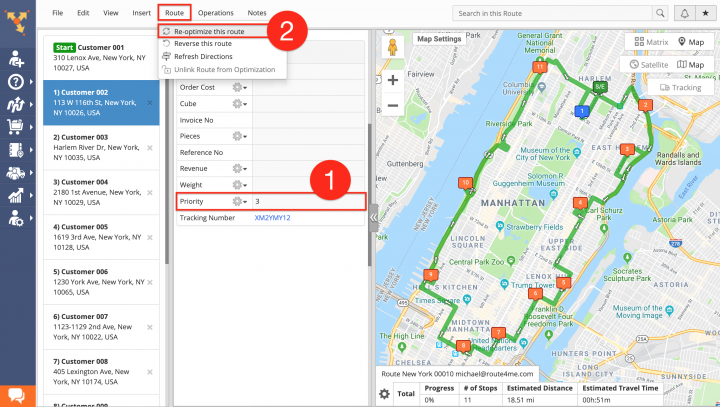 Once the route is re-optimized, the stops on the route are re-sequenced according to their priority (1 is the highest priority and 999999  is the lowest priority). The stops without defined priority are automatically sequenced in the most efficient way based on the route optimization settings. 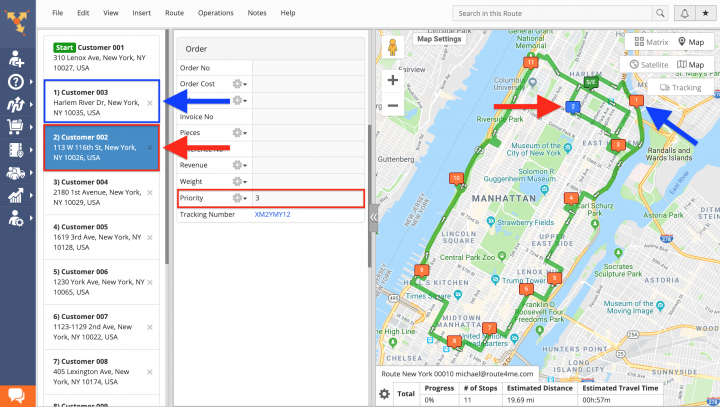 Alternatively, you can upload a route file with the Priority column that determines the sequence of stops on the route. 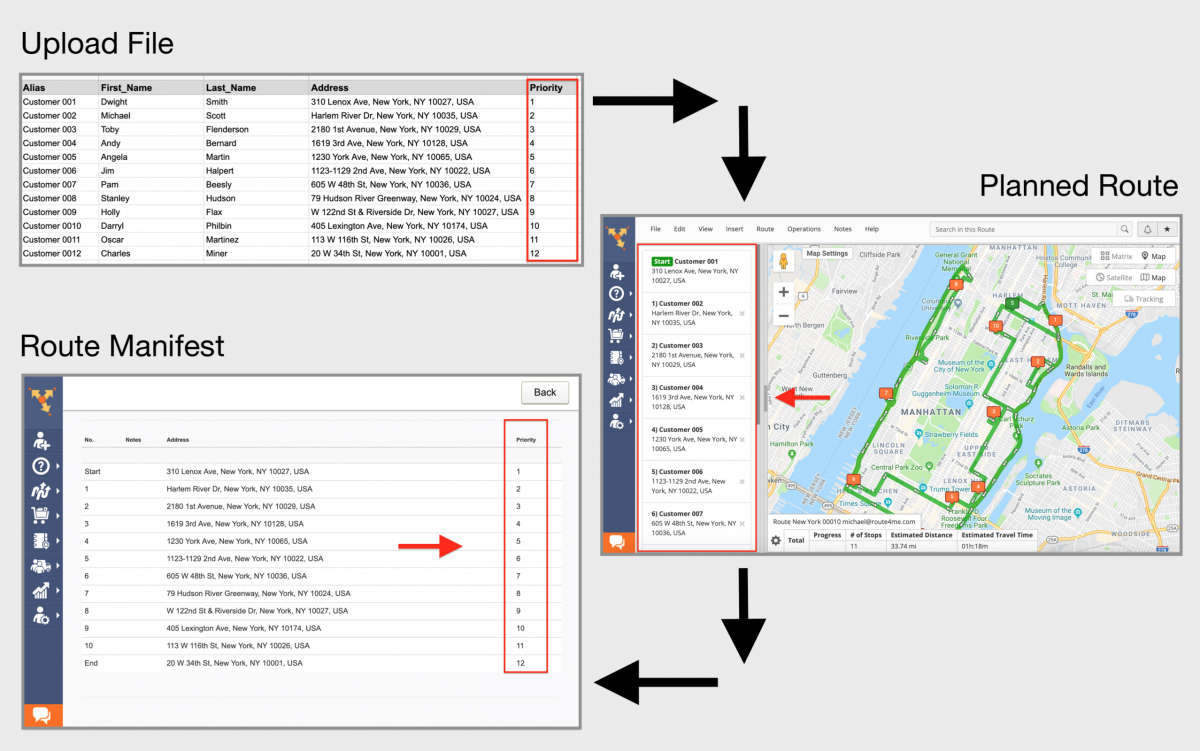 To get an overview of the stops’ priority on the entire route, you can use the Route Manifest. To do so, in the Route Editor, first, go to View and then select View Manifest respectively. 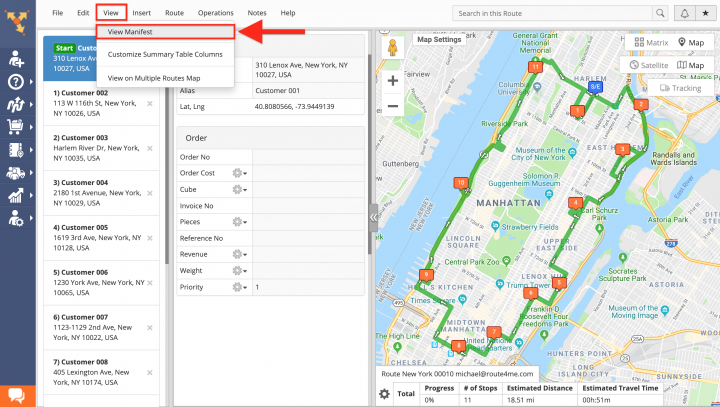 Next, in the Route Manifest, check the Priority box in the Order tab. After that, you can get a comprehensive overview of the entire route and view the priority of each stop. 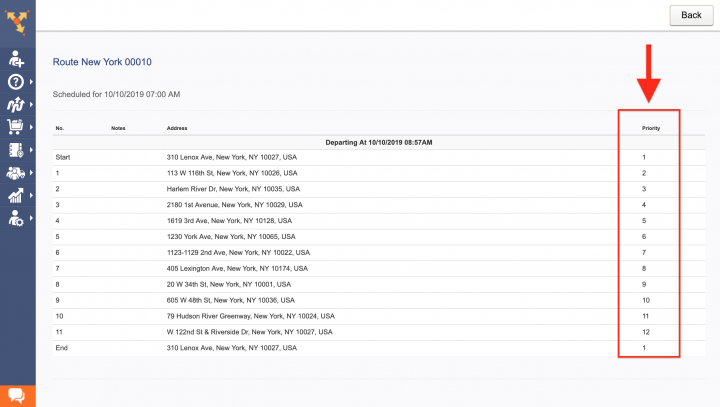 Learn more about how to use and customize your Route Manifest.

To export route stops’ priority data, first, go to File, then select Download as from the list and after that select Export CSV respectively. 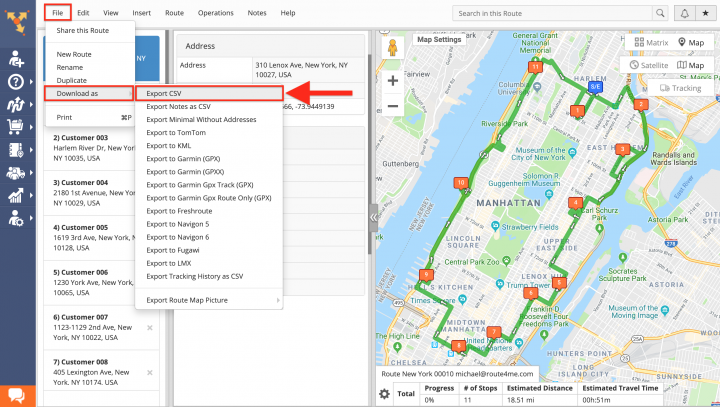 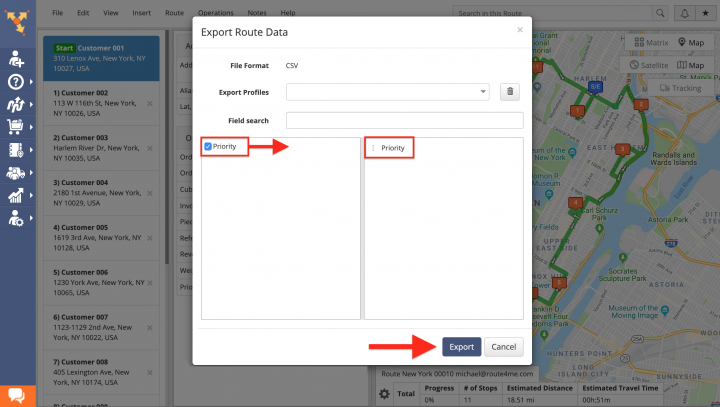 Learn more about how to export your route data. 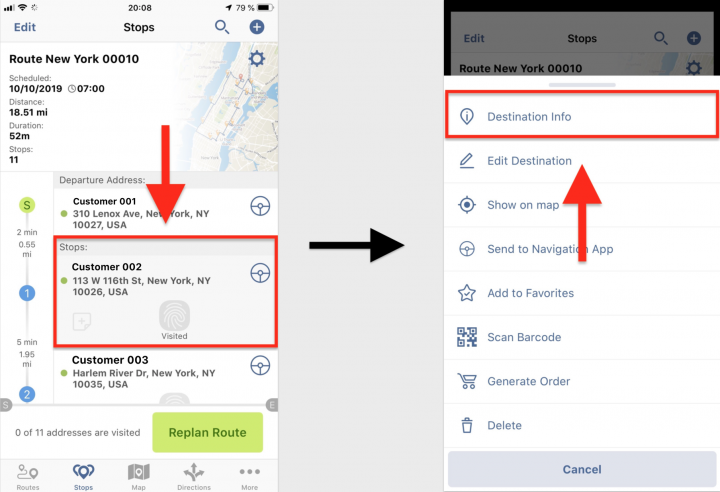 Route4Me provides near real-time data synchronization across all associated computer and mobile devices so that any changes made from the Route4Me Web Platform can be effortlessly synchronized with Route4Me’s iOS and Android mobile apps in a matter of seconds. Thus, managers and dispatchers back at the office can modify the priority of any stop, re-optimize the route, and then instantly synchronize these updates with the mobile devices of the drivers who are out in the field. 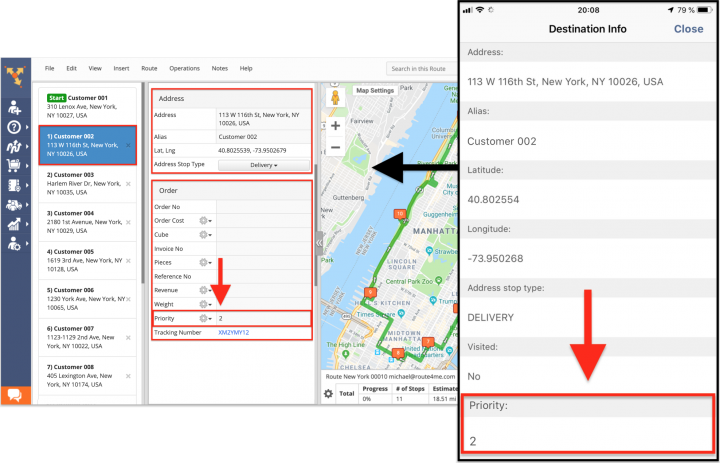