There are probably some places in your service area that you would like to avoid, such as high-traffic areas, particularly accident-prone intersections, dangerous zones or locations with high crime rates, and so on. Moreover, you may want to separate particular service zones that you want to be avoided by specific delivery drivers,  field sales reps, field service technicians, or other field employees and visited by others. Route4Me route optimization software allows you to create custom-shaped Avoidance Zones that can be effortlessly enabled when planning your multi stop routes. With Route4Me’s Route Planning with Avoidance Zones feature, you can significantly increase the overall efficiency and security of your route planning activities by ensuring that your team members never visit or drive through the places or even entire areas that you want them to avoid. 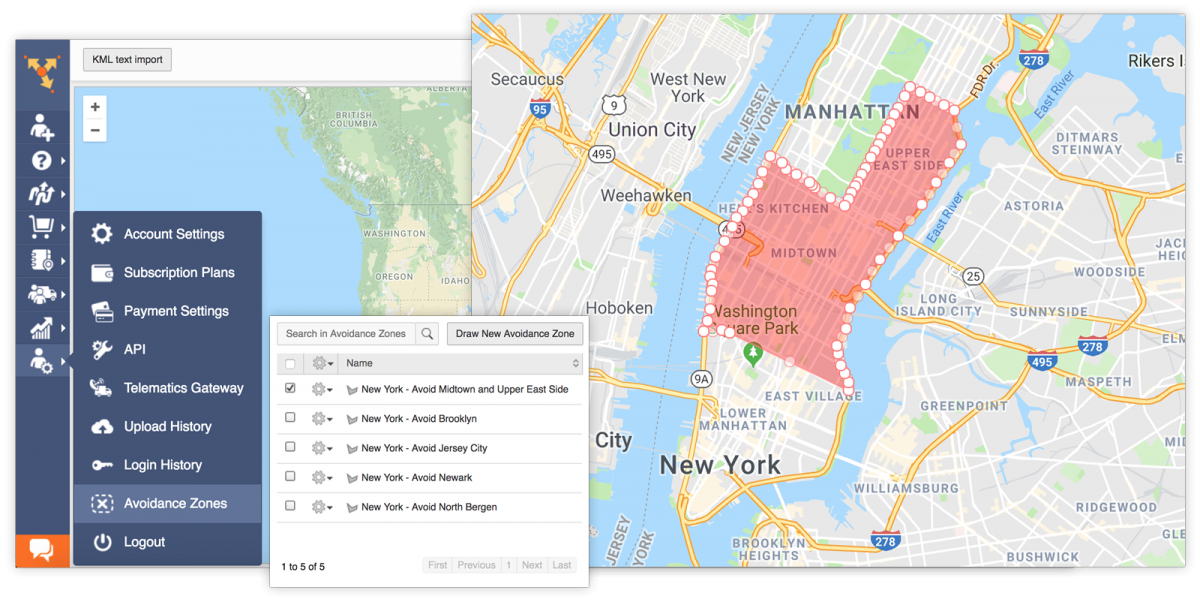 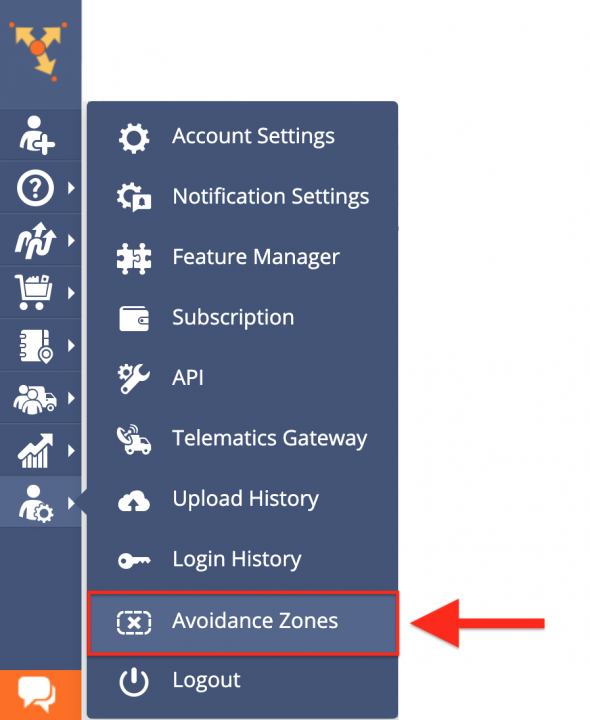 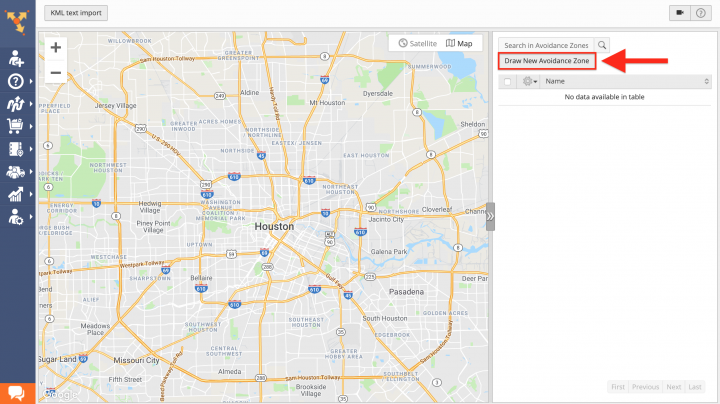 After that, input the name for the new Avoidance Zone into the corresponding field and then click Add. 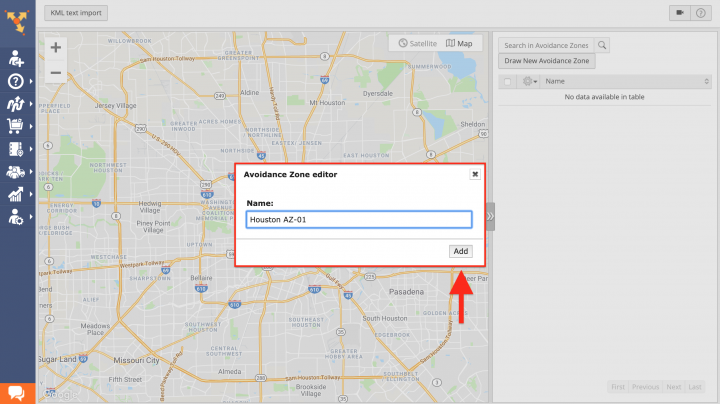 To draw the Avoidance Zone, left-click on any point on the map and then continue drawing the zone point by point. 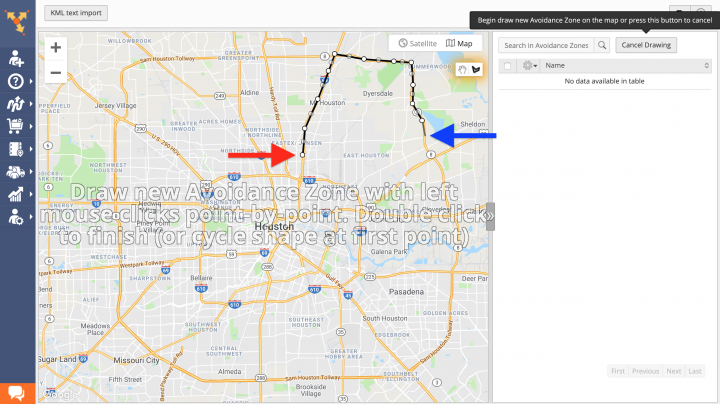 To finish drawing the Avoidance Zone, connect the first poit of the zone with the last one. Alternatively, you can double left-click on a particular point on the map, and the Avoidance Zone will automatically close itself. 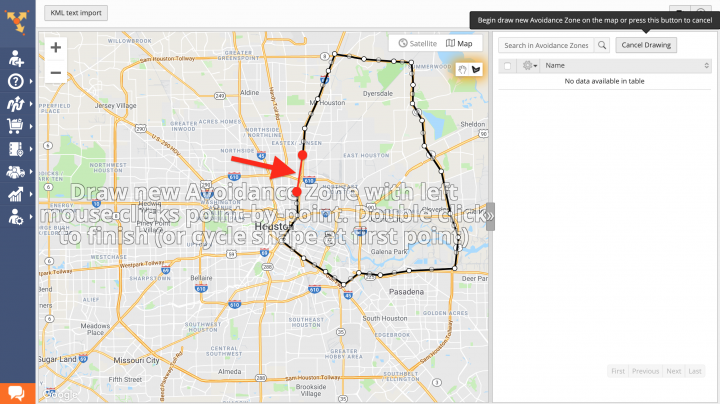 Once the Avoidance Zone is completed, it is added to the corresponding list where it can be managed accordingly. All Avoidance Zones displayed in the list can be added to your routes. 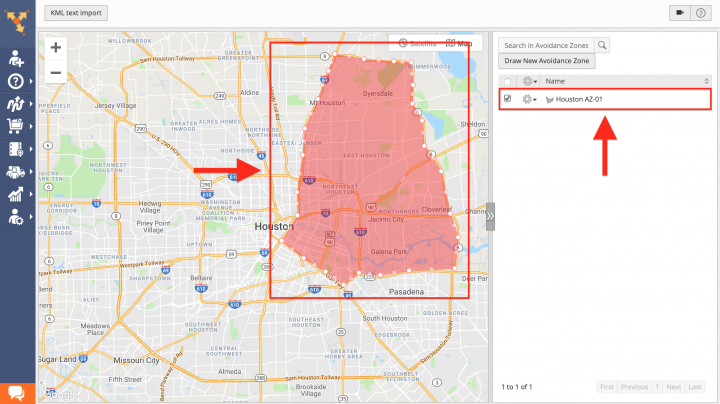 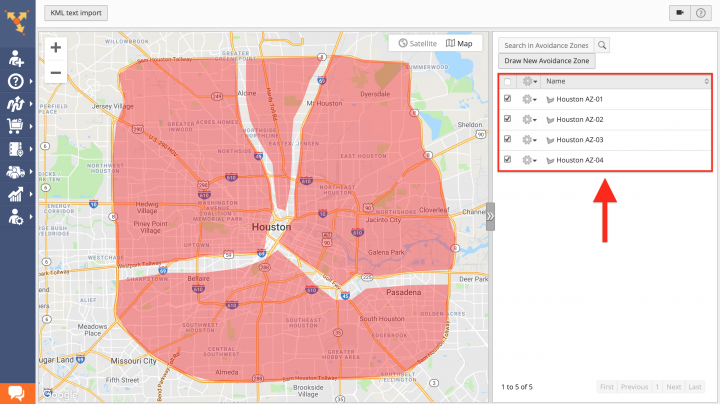 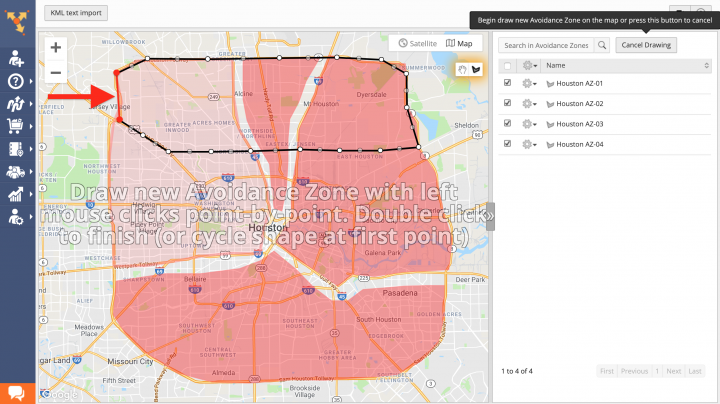 Avoidance Zones are applied to routes individually, meaning that even though some zones may overlap, they do not affect each other. Thus, you can create overlapping Avoidance Zones and apply them to different routes separately or together. 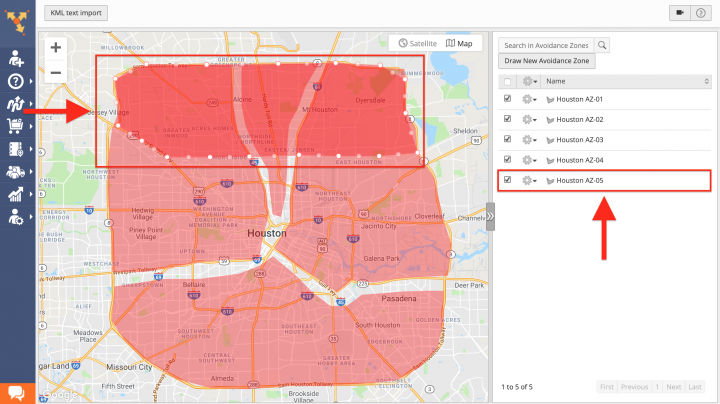 To edit a particular Avoidance Zone, click on the gear icon next to it and then select Edit Zone from the list. To delete the corresponding Avoidance Zone, select Remove Zone respectively. 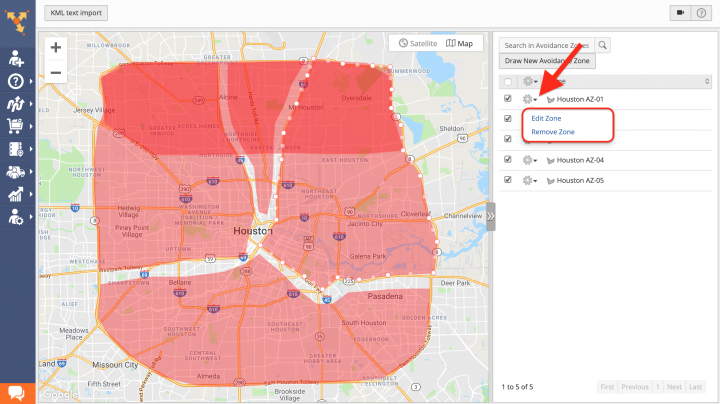 To change the shape of a particular Avoidance Zone, first, select the zone from the list and then left-click on any part/point of the corresponding zone and drag it to the preferred spot on the map. 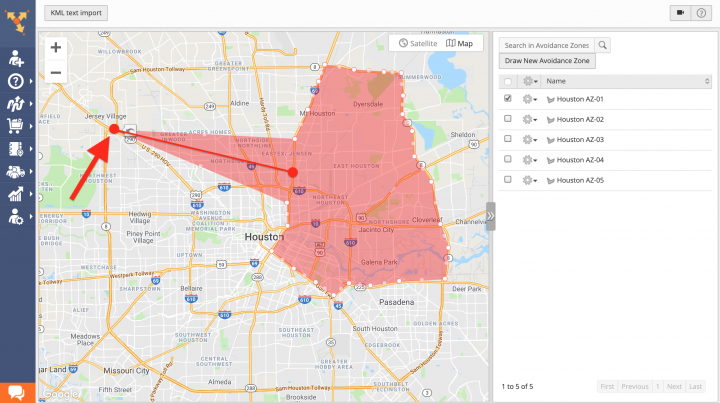 To plan a route with one or multiple Avoidance Zones, first, select one of the preferred methods for route data import.

Next, go to the Avoidance Zones tab in the route’s parameters window.

After that, select one or multiple Avoidance Zones that you want to apply to the route by checking the boxes next to the corresponding zones in the list. Once you select a particular Avoidance Zone, it is displayed on the map respectively. Please note that you can add up to 10 Avoidance Zones per one route. 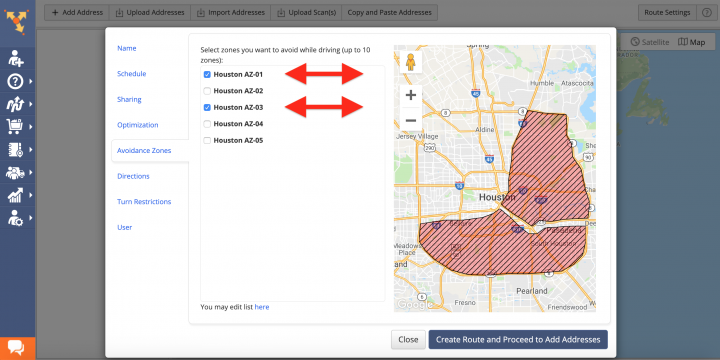 Then, import route addresses using one of the previously selected methods. After importing addresses, you can use the map to view which addresses are located in the applied Avoidance Zone(s).

If you try to plan the route with any of the route stops located in any Avoidance Zone, the system will notify you accordingly and suggest to either import another route data file or change the route settings.

Alternatively, you can use Route4Me’s Interactive Map Editor that allows you to plan routes by picking addresses right from the map while displaying the selected Avoidance Zones. To do so, select the corresponding option when planning a new route.

After that, select one or multiple Avoidance Zones when adjusting the route’s settings.

For more convenience, Route4Me’s Interactive Map Editor enables you to view the selected Avoidance Zones while picking addresses right from the map and adding them to the route.

Learn more about how to use the Interactive Map Editor.

Once the route is planned, you can access it in your Routes List and modify it using the Route Editor. 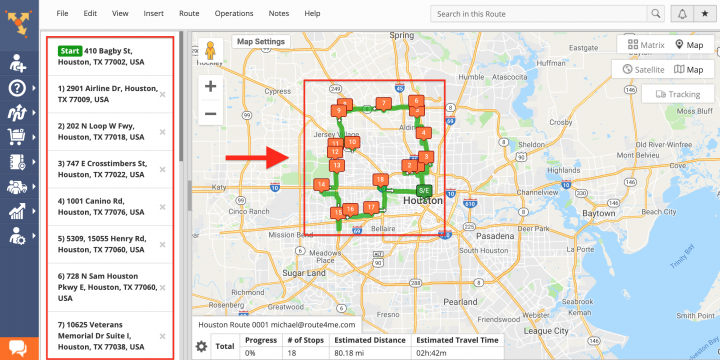