Merge Routes into a Single Route Using the Routes Map

When you work with hundreds of thousands of addresses and routes, planning a route that includes the same addresses as in several other routes can be challenging and time-consuming since you need to figure out how to manually gather all addresses into a single optimized route. Route4Me’s proprietary routing engine allows you to simply combine multi stop routes into one and merge any number of sub-routes into a single new route and get the most efficient sequence of stops for all addresses from the merged sub-routes. Combining routes can be extremely helpful, especially in such emergency situations as when a driver on one planned route cannot drive it, you can merge this driver’s route with the optimized route of another available driver in a matter of seconds.

For example, you run a construction business and you want each of your 10 concrete mixers to visit 5 different construction sites. Once they delivered concrete to each destination, you may want to send a quality supervisor to visit all 50 locations in one route to check if all deliveries were successful. In this case, instead of sending the supervisor on 5 different routes which would take too much time, you can combine routes into one and get the most efficient visitation sequence for all locations with significantly better ETAs and shorter driving distances.

To combine routes into a single new multi stop route using the Routes Map, first, go to Routes Map from the navigation menu.

Next, select the routes that you want to merge by checking the corresponding boxes, go to File and then select Merge Selected into New Route from the menu. 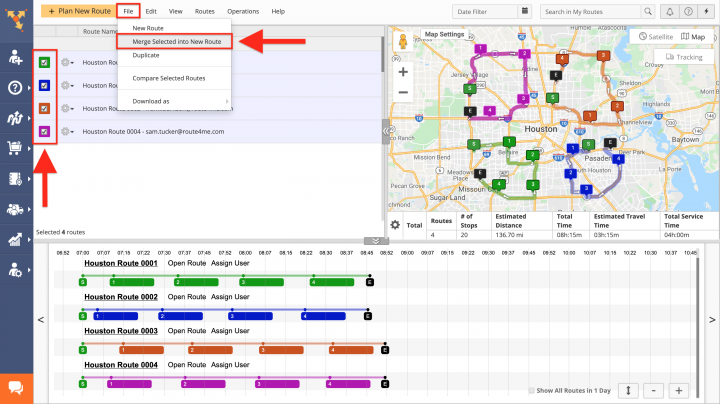 After that, input the address from which you want the new merged route to start and then click on the Apply button to finish. 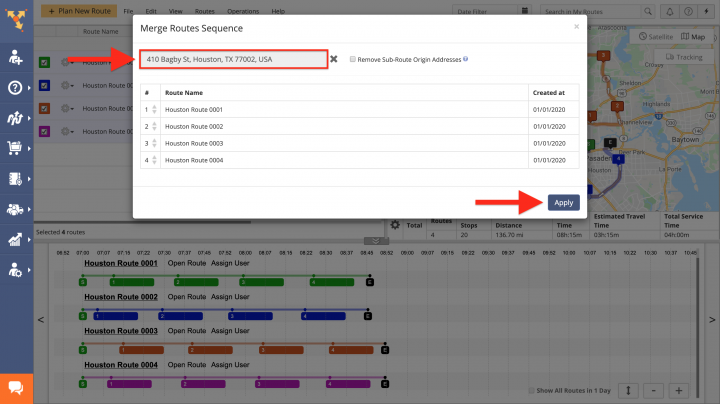 Once the selected sub-routes are merged, the new merged route is added to your Routes List and displayed on the Routes Map accordingly. NOTE: When merging sub-routes into a new single route with multiple destinations, the original sub-routes are not affected in any way. 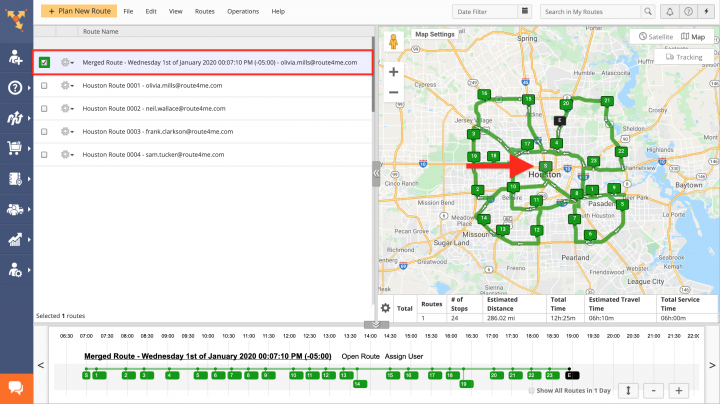 Assigned Users and Vehicles to the New Optimized Route

When you merge multiple sub-routes that have different assigned users (delivery drivers, sales reps, field service technicians, etc.) and vehicles, the user and the vehicle assigned to the route that you put the first in the Merge Routes Sequence editor are assigned to the merged route. 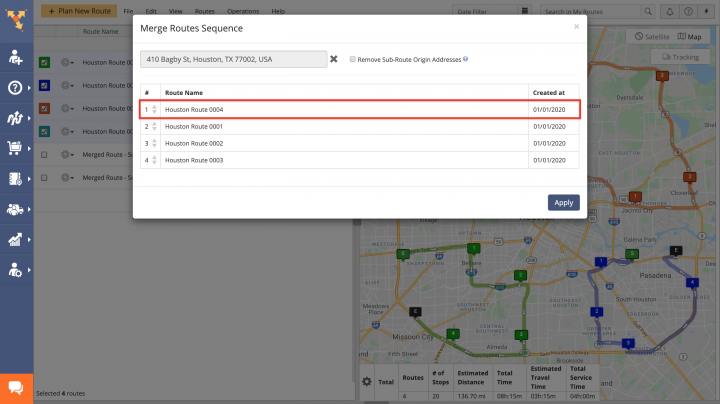 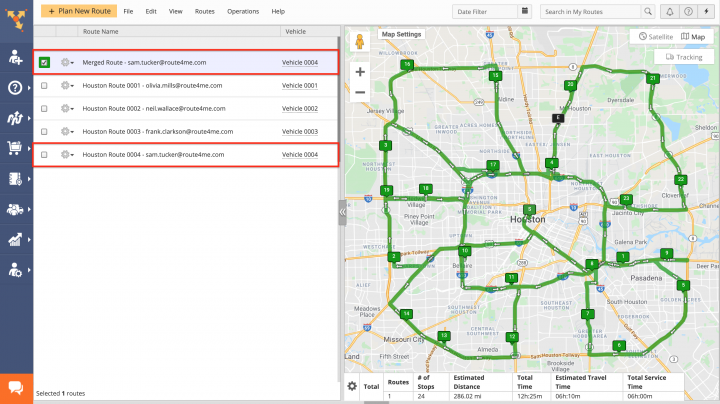 When each multi stop route starts from its own different depot or warehouse, you may want to exclude all depots from the merged route. To do so, when merging sub-routes, check the Remove Sub-Route Origin Addresses box. 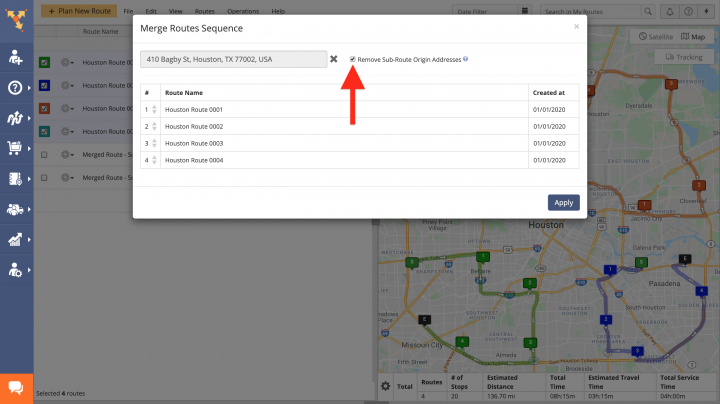 When you remove the sub-routes’ origin addresses, the addresses/depots from which each sub-route starts are excluded from the merged route. 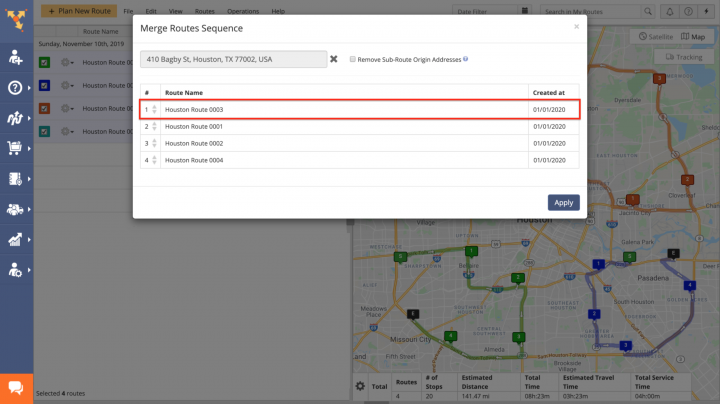