Satellite maps provide realistic and extremely detailed satellite images of various locations on the map. For example, you can use the satellite map view to check how a specific location looks in real life, get a more realistic overview of a particular area, etc. For this reason, Route4Me’s iOS Route Planner enables you to navigate and view your planned routes and route destinations using the in-app satellite maps.

To open a planned route on the route planner map: 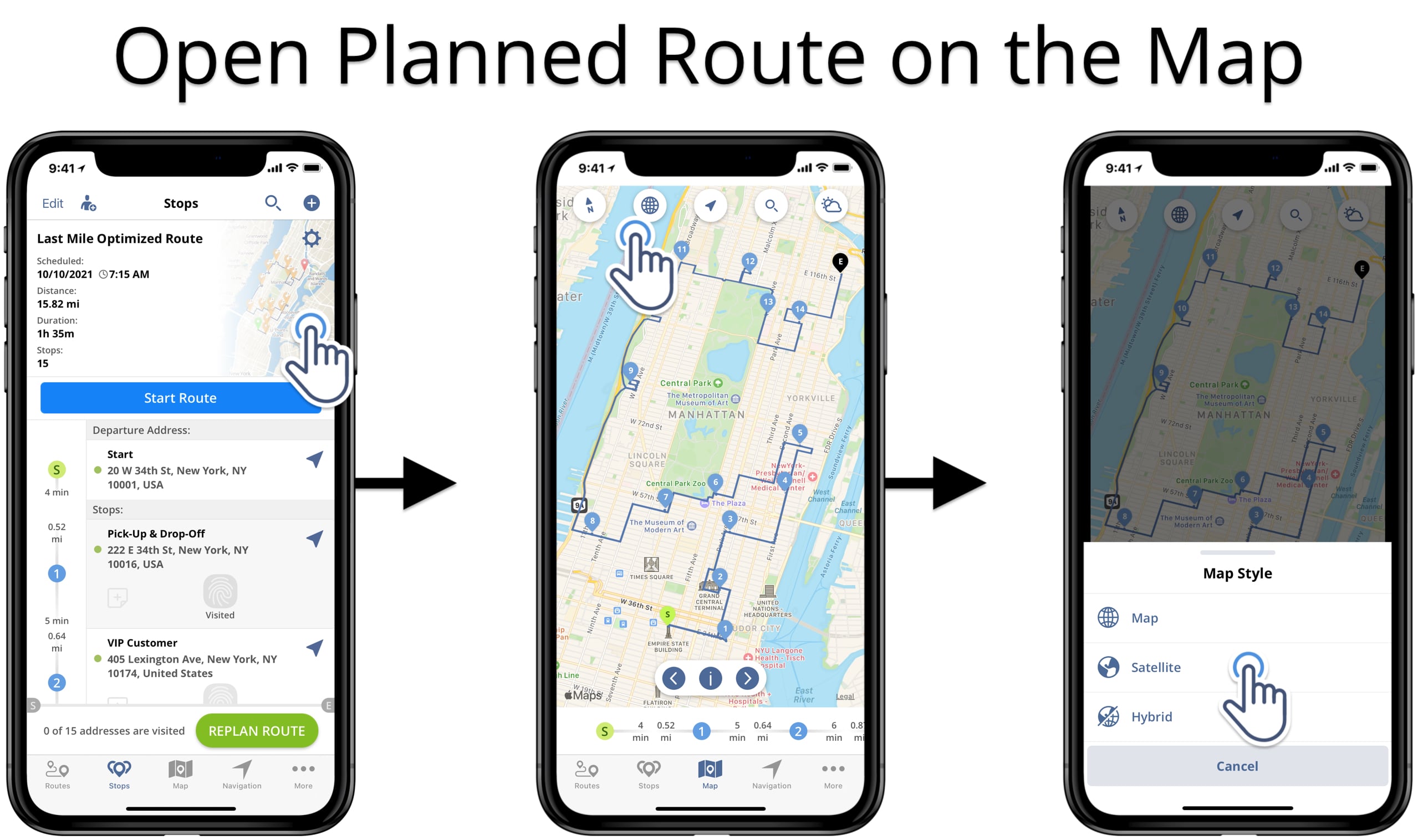 In addition, you can adjust the map view by zooming in and out and rotating the map. 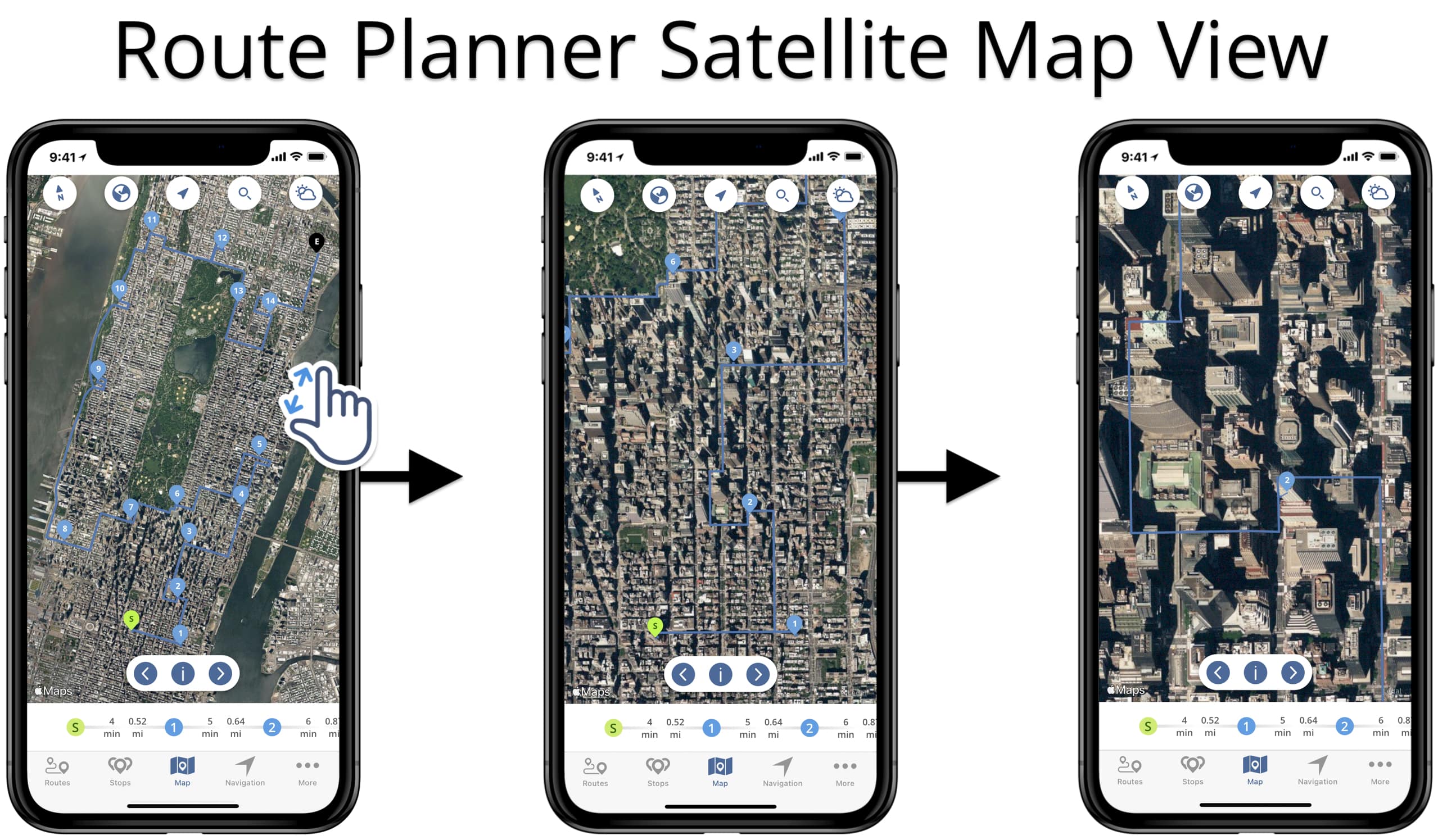 Furthermore, you can open routes planned on Route4Me’s iOS Route Planner using third-party navigation apps. For example, you can use Apple Maps, Google Maps, Waze App, CoPilot, and even Uber for navigating Route4Me routes. Correspondingly, you can also view Route4Me routes in the satellite view in third-party apps.

To use Apple Maps for navigating to Route4Me route destinations: 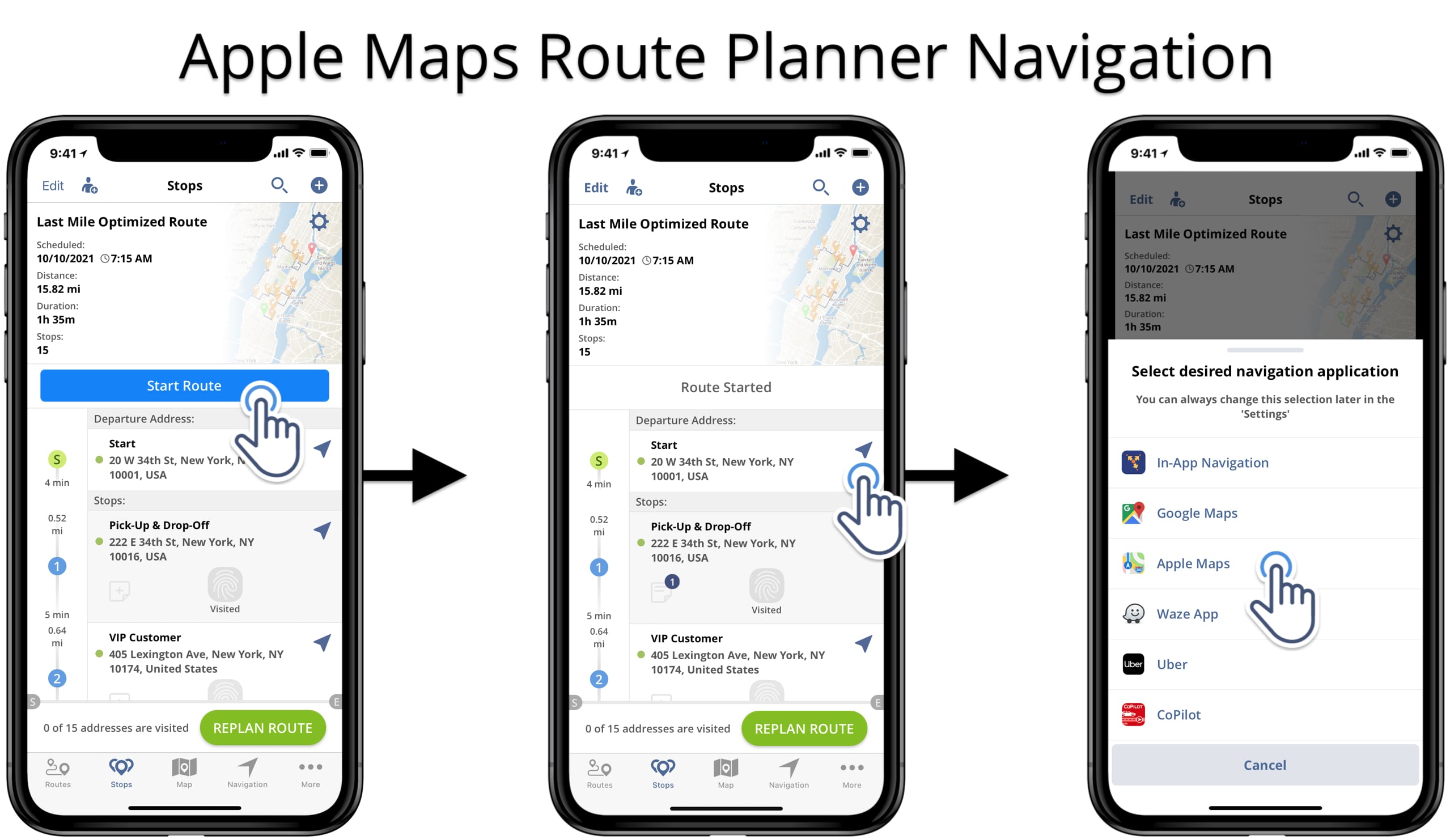 Additionally, Route4Me’s navigation precision enables you to navigate to route stops by address or coordinates. 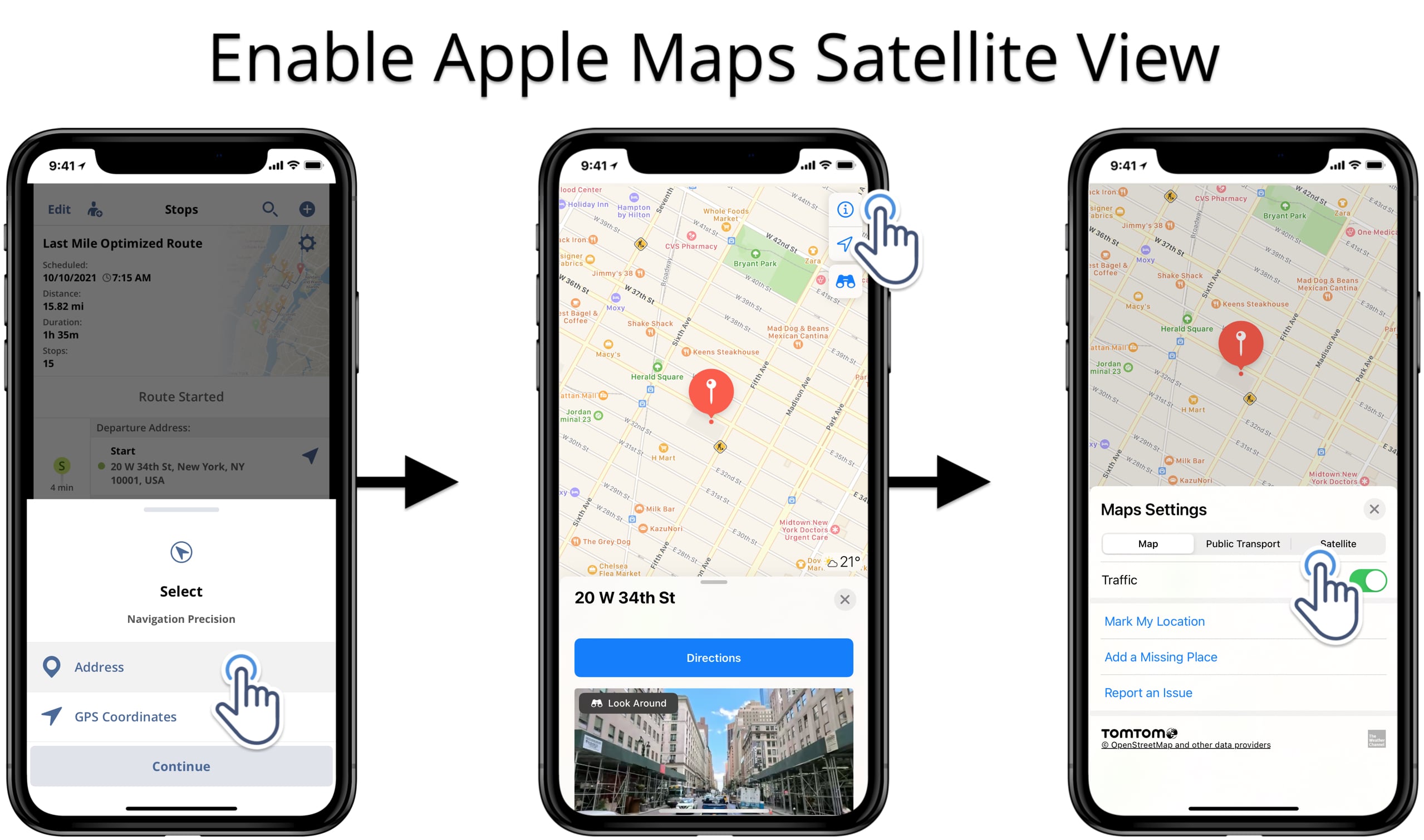 Apple Maps satellite view enables you to get high-quality realistic satellite images of Route4Me route destinations. Additionally, you can use map controls to zoom in and get a more detailed image of the route area or opened route stop. 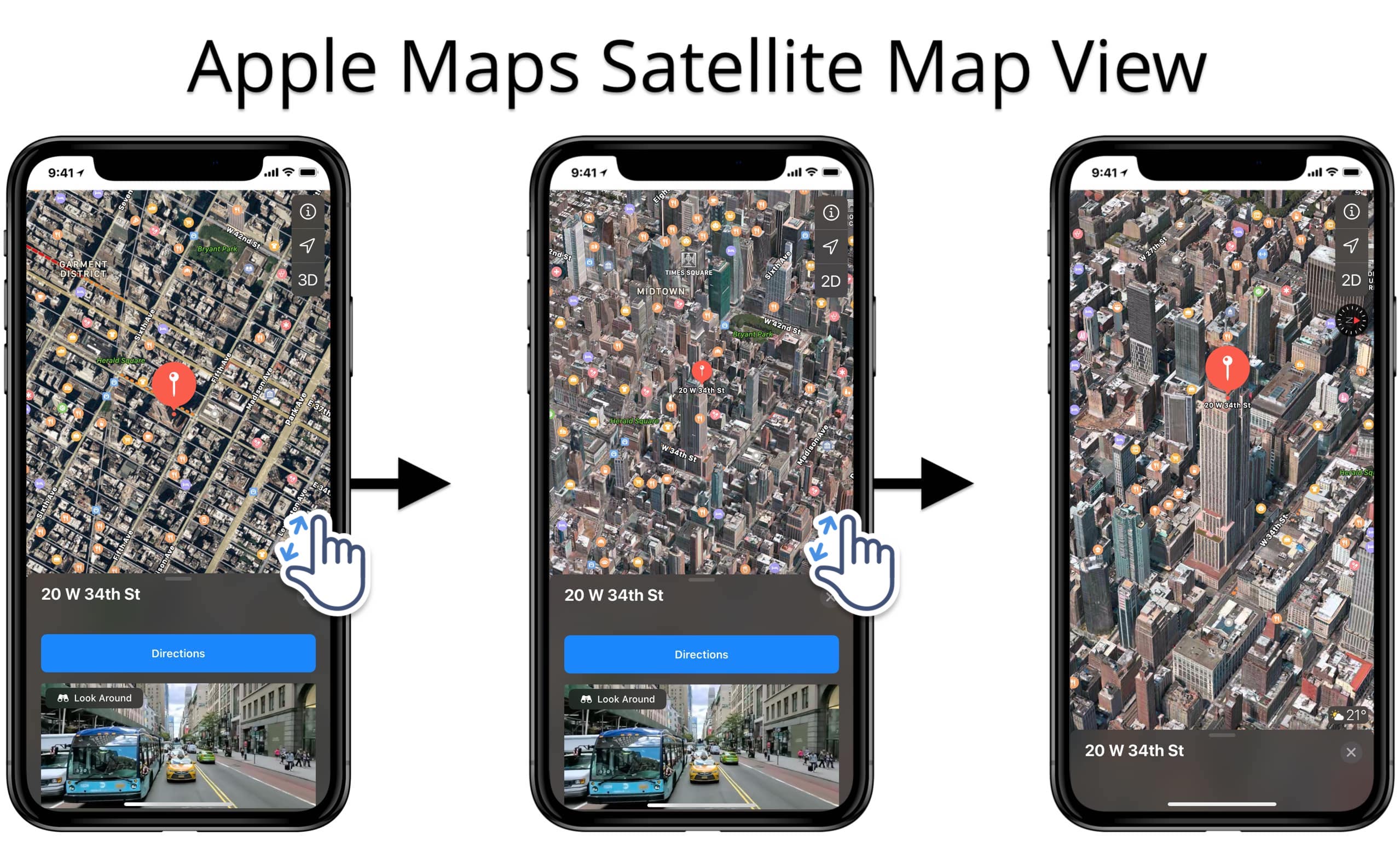 Correspondingly, you can use Apple Maps to navigate to the opened route stops. To do so, tap on the “Directions” button, and Apple Maps will automatically plan a route from your current location to the selected route destination.

However, the app doesn’t allow you to navigate routes in satellite mode and automatically switches the map type to the regular map view. 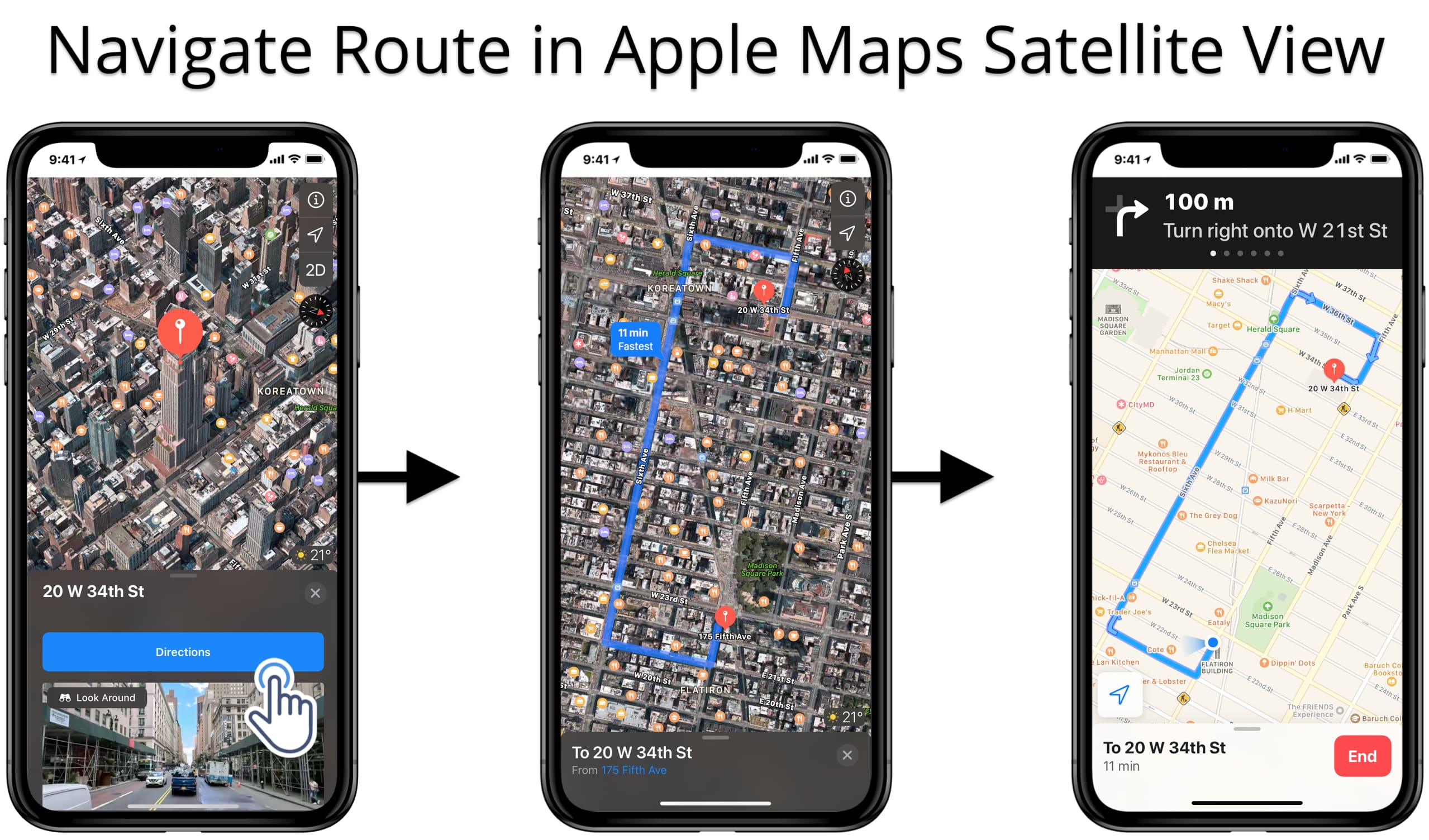 Furthermore, you can open route stops and navigate to them using Google Maps satellite view: 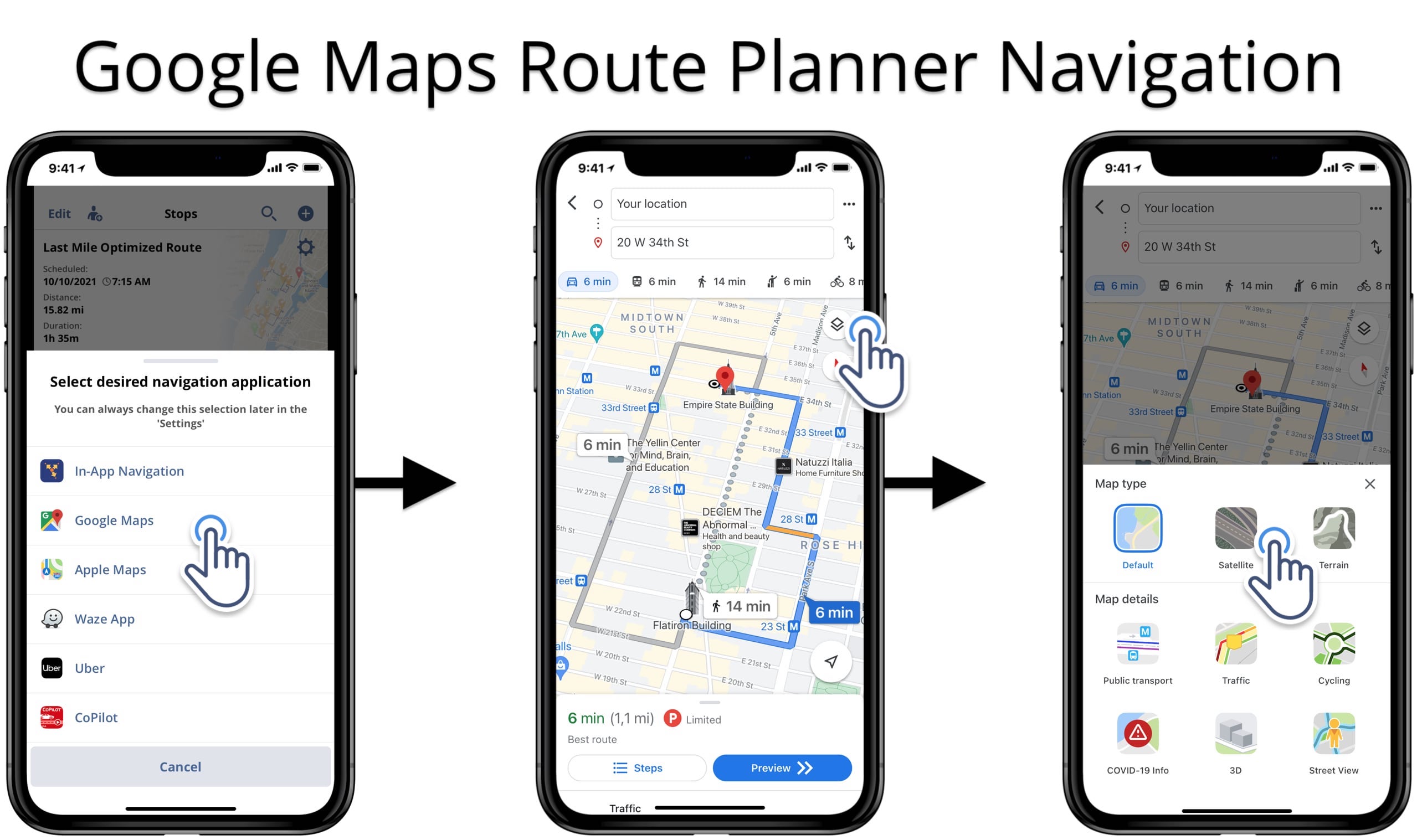 Additionally, you can send planned routes to Google Maps. The app enables you not only to view but also navigate routes in the satellite view: 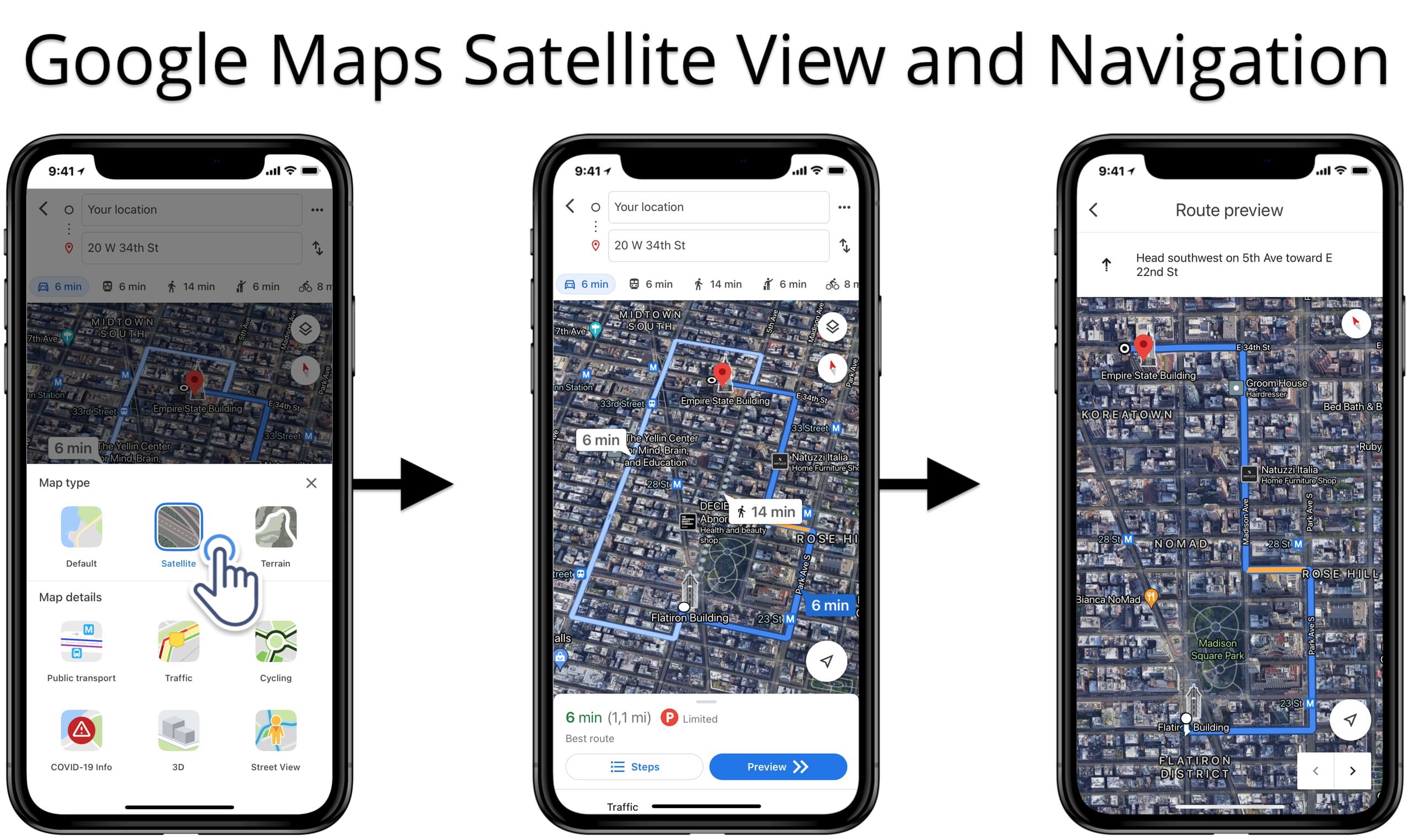