Master Routes are the static multi-stop routes that contain a specific set of sequenced addresses which are visited on a regular basis or a fixed delivery schedule. Master Routes can be viewed as route templates that are used to facilitate the planning of recurring routes that require only minor modifications. Using Master Routes as route templates allows you to save more time and resources by making your route planning and dispatching processes more efficient. There are two ways to create a Mater Route:

When creating a new Master Route or converting an already planned route into a Master Route, an additional user-defined element should be added to the route’s name, e.g., Master Route, Master, MR, M, etc.

To plan a new Master Route, first, go to Plan New Route from the navigation menu. 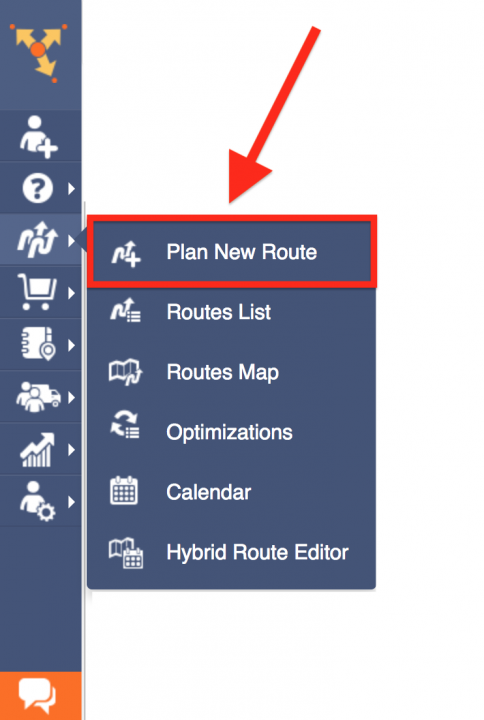 Then, choose one of the methods of adding addresses.

To convert an already planned route into a Master Route, first, locate the route you want to convert in the Routes List and click on the gear icon next to it. 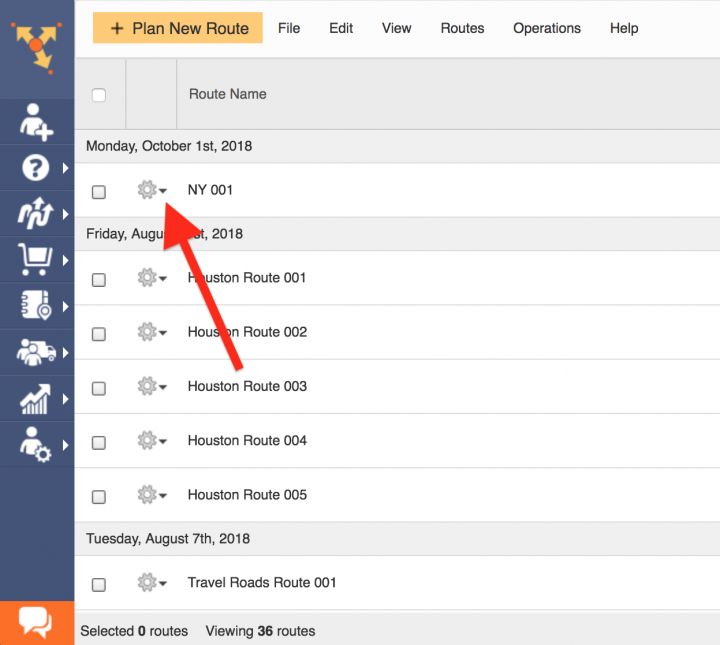 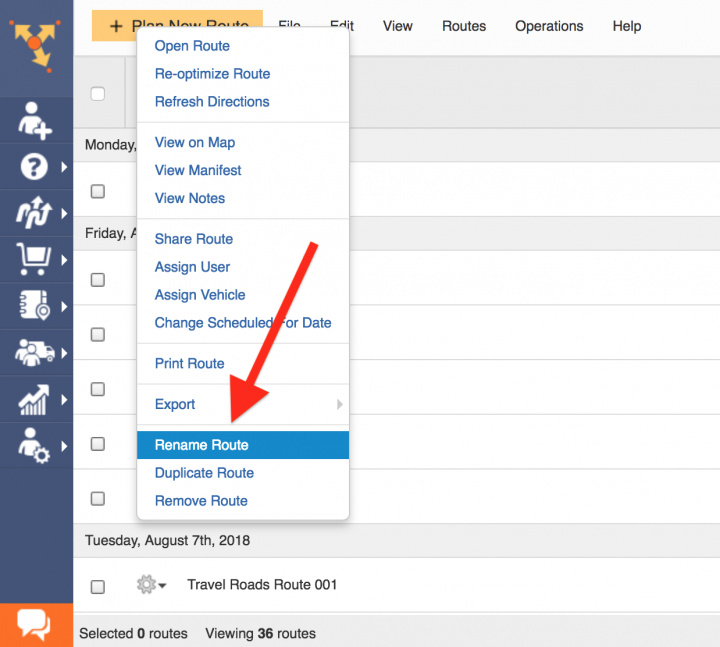 To duplicate and re-use a Master Route, first, click on the gear icon next to the route that you want to duplicate. 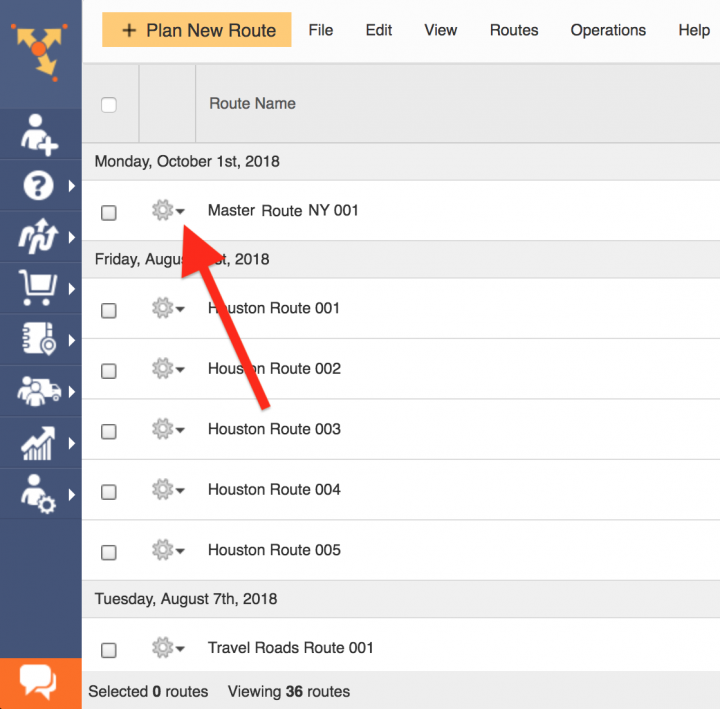 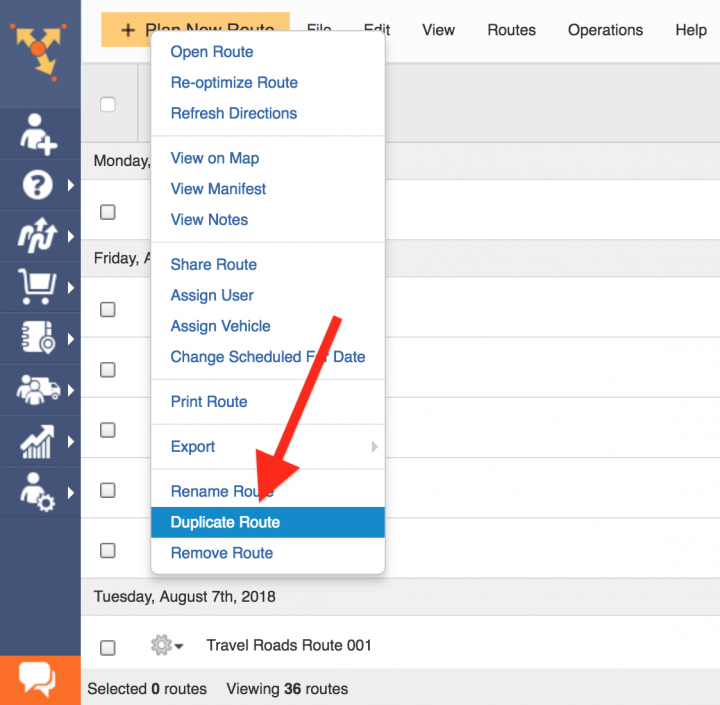 Once the route is duplicated, it appears at the top of the Routes List with the corresponding indicator. NOTE The changes you make to the duplicated route do not affect the Master Route. 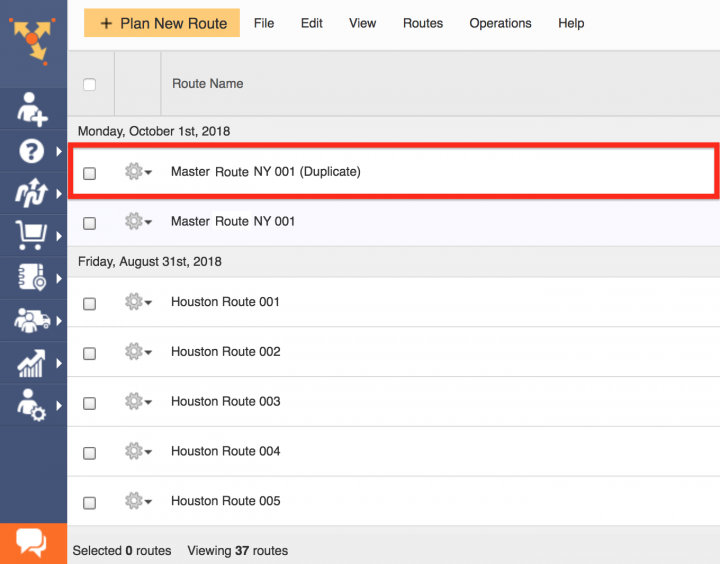 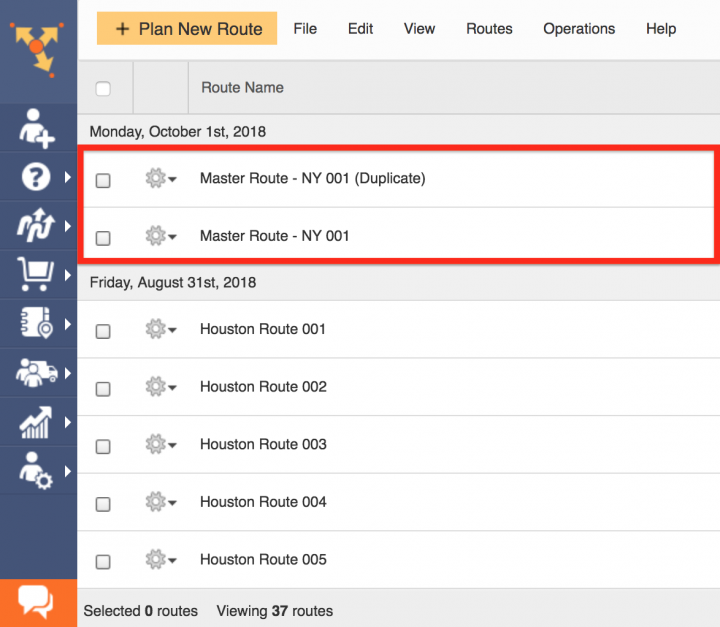