Route4Me’s Android app is designed to deliver the capabilities of powerful route optimization algorithms and team management tools in the format that allows you to successfully perform all your routing operations and transactions using only your mobile device on the go. Statistically, using a mobile device while driving causes 25% of all road accidents and in certain states, it even violates the law (source). To make your and your team members’ route planning and driving process as easy and safe as possible, Route4Me’s Android app enables you to add new stops to already planned routes using voice commands.  Thus, manages and dispatchers back the office can plan and dispatch routes using the Route4Me Web Platform, and the drivers who are out in the field can safely add new addresses to these routes using voice commands while keeping their eyes on the road and their hands on the steering wheel.

To add one or multiple stops to a particular route using voice commands, first, on the “Stops” screen of the given route, tap on the plus icon in the top right corner of the screen. 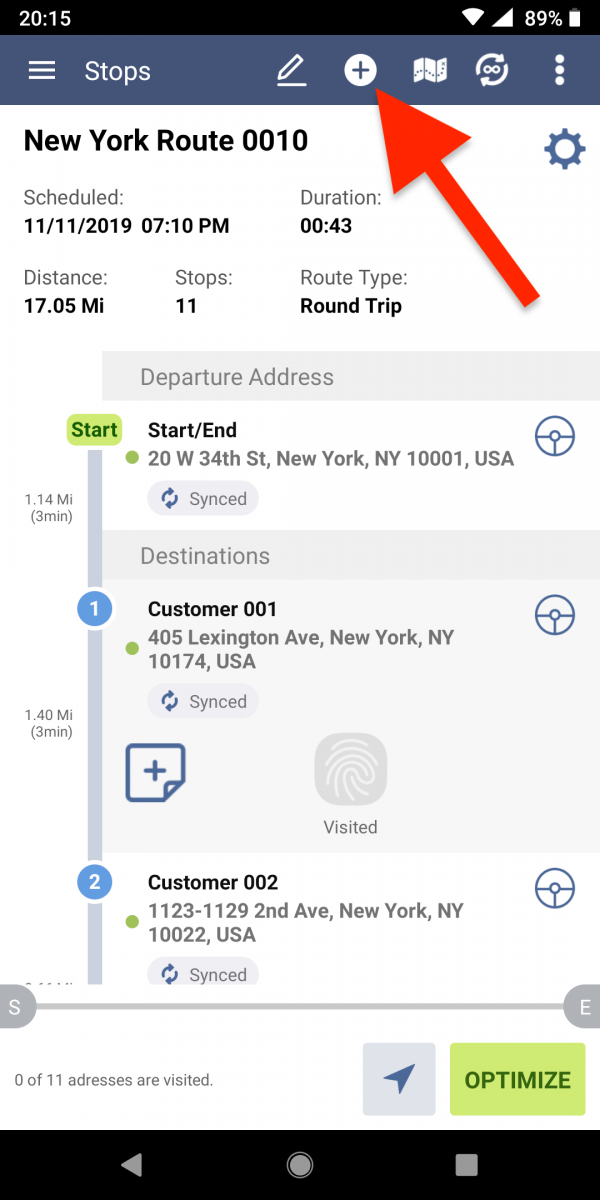 Next, tap on the microphone icon in the “Input Destination” field. 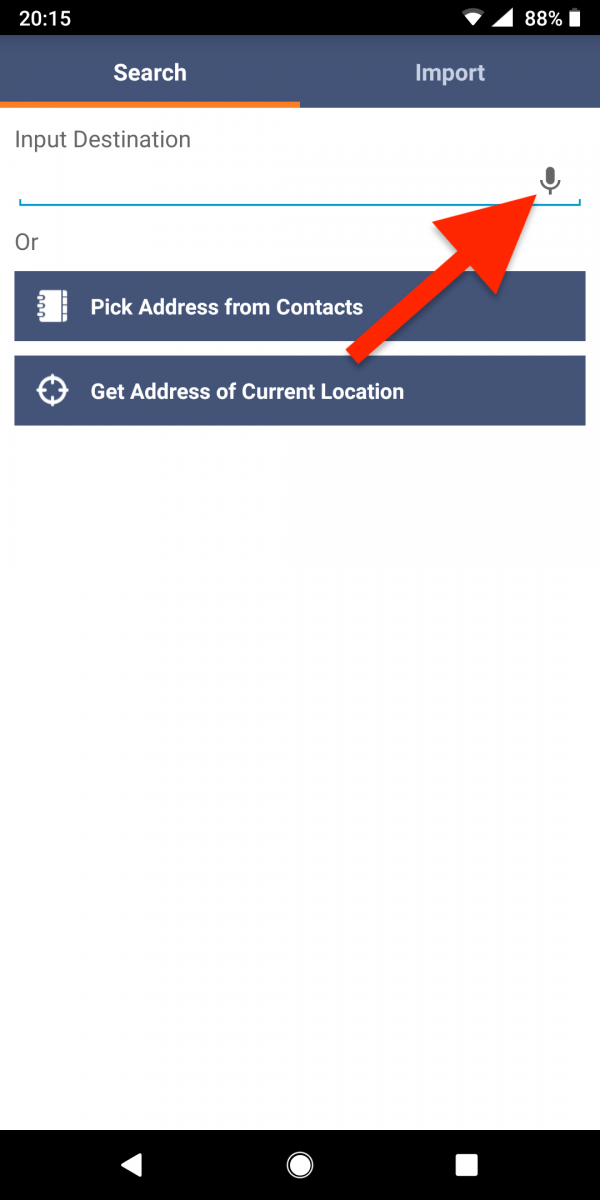 After that, dictate the full or partial name of the address that you want to include into the current/opened route as a stop. 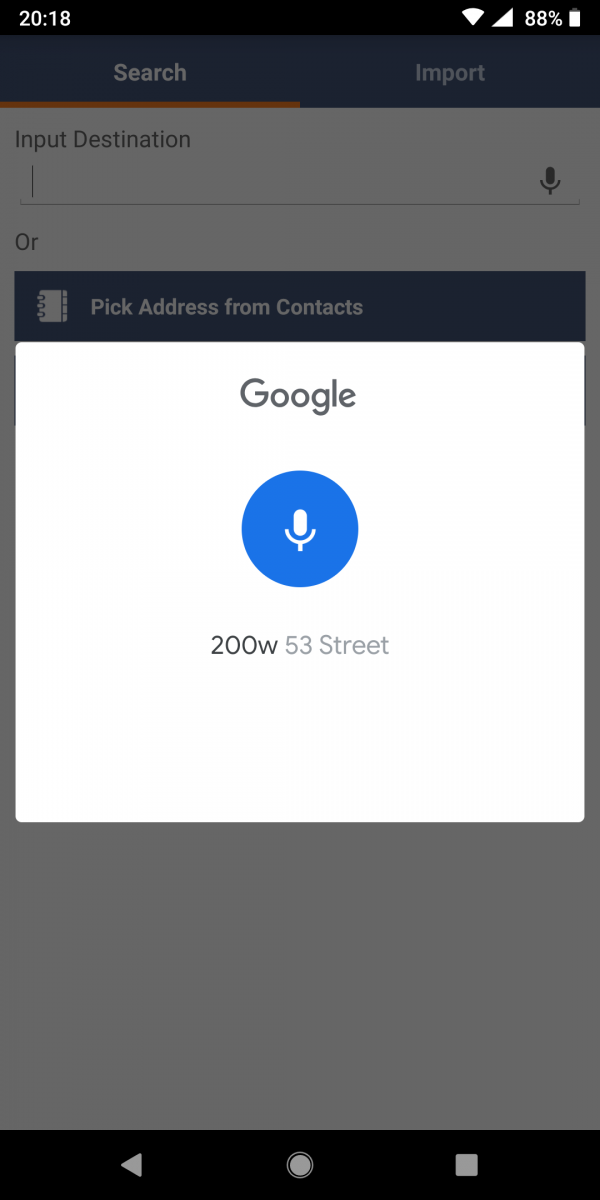 Next, Route4Me’s search engine will suggest all available addresses that correspond to the dictated data. After that, you can select one of the suggested variants by tapping on it. 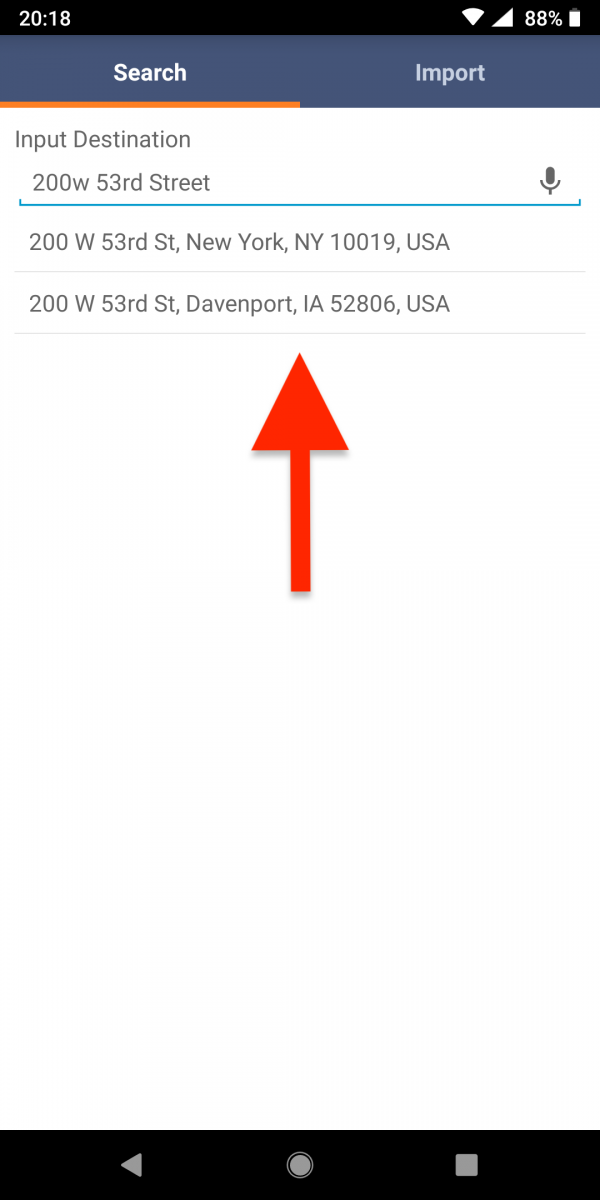 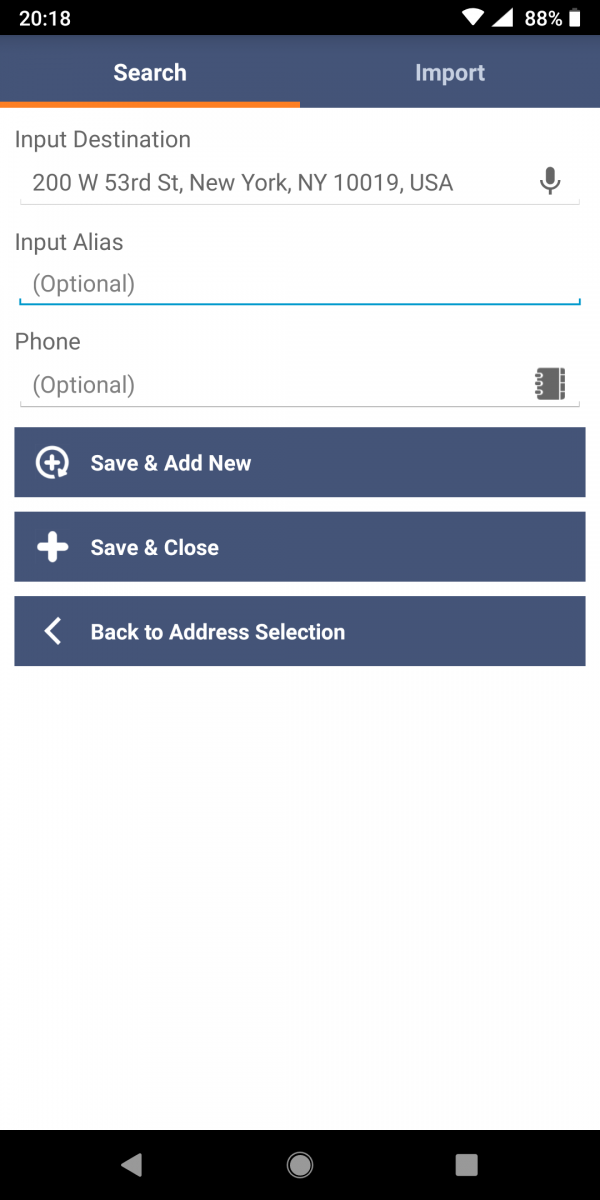 By default, when adding a new address to a planned route, this address is added to the route as the last stop. 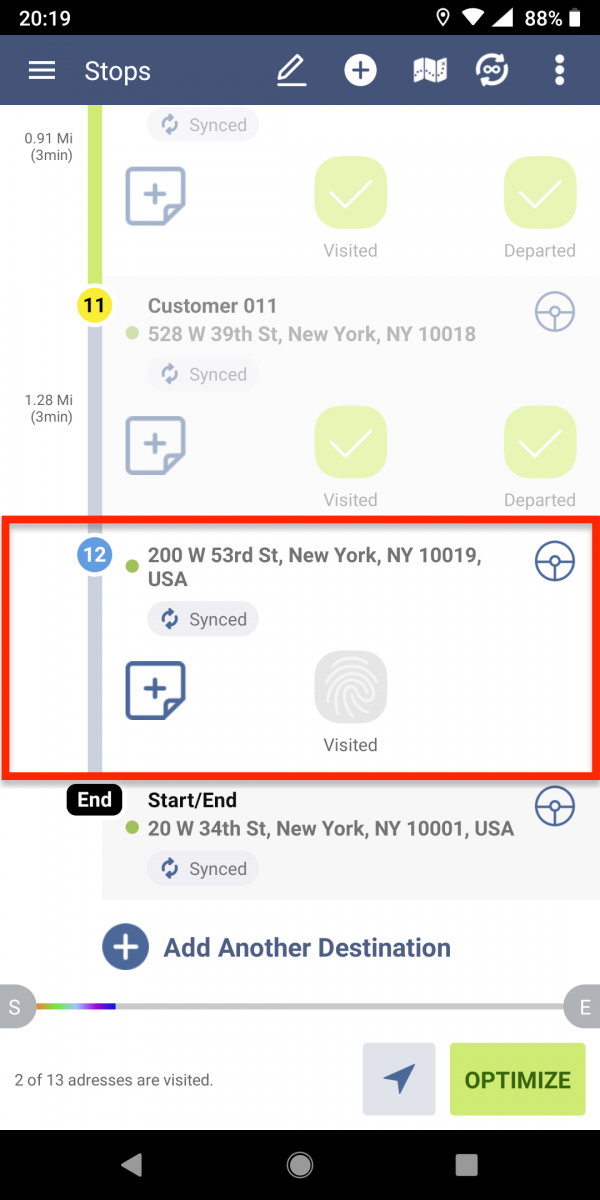 Thus, if you or your driver(s) have already started driving the route, the newly inserted address will not affect the predefined sequence of stops by being placed at the end of the given route. 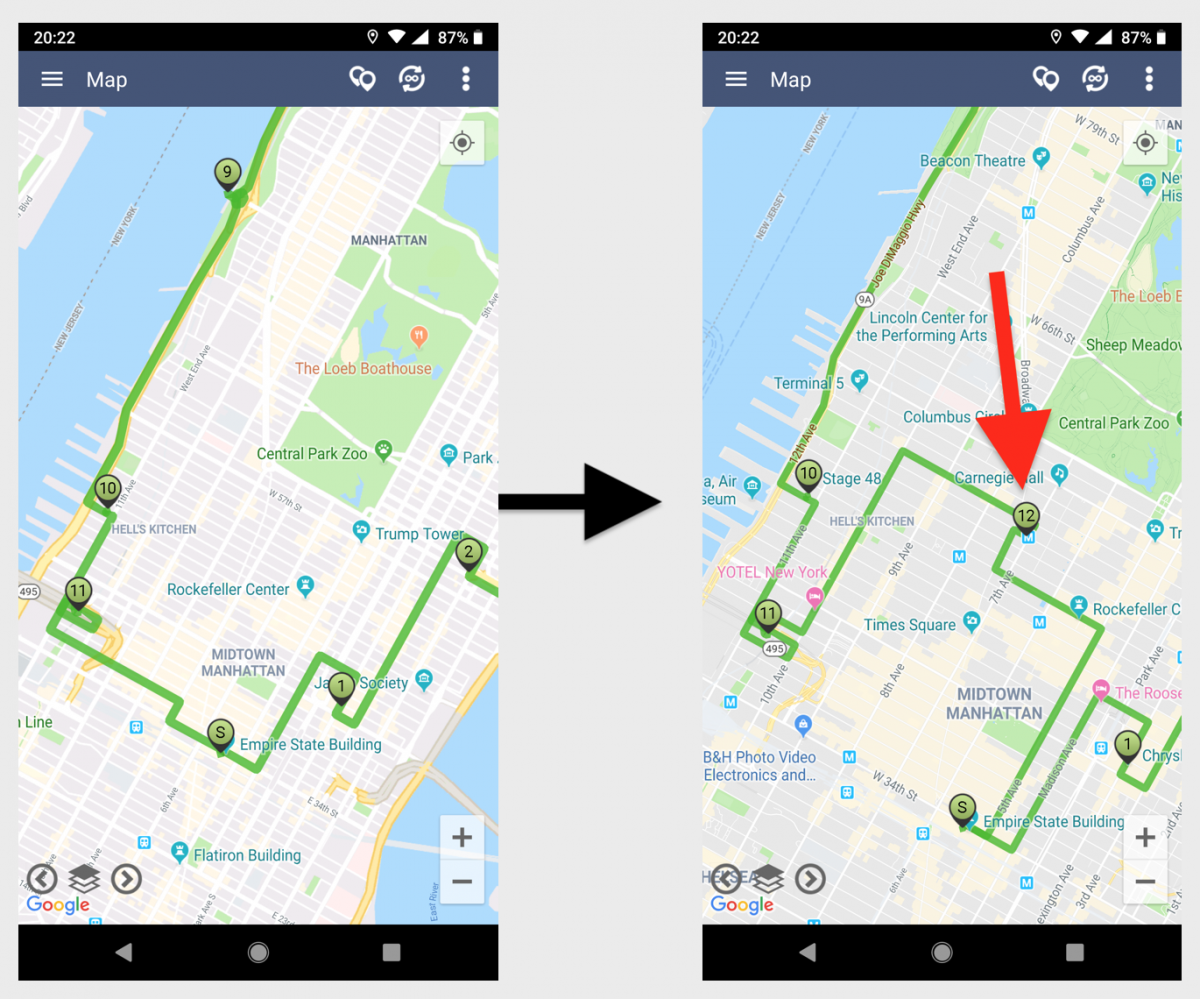 If you or your driver(s) have not started driving the given route, you can re-optimize this route and place the newly inserted address at the most optimal position. To do so, tap on the “Optimize” button on the “Stops” screen of the opened route. 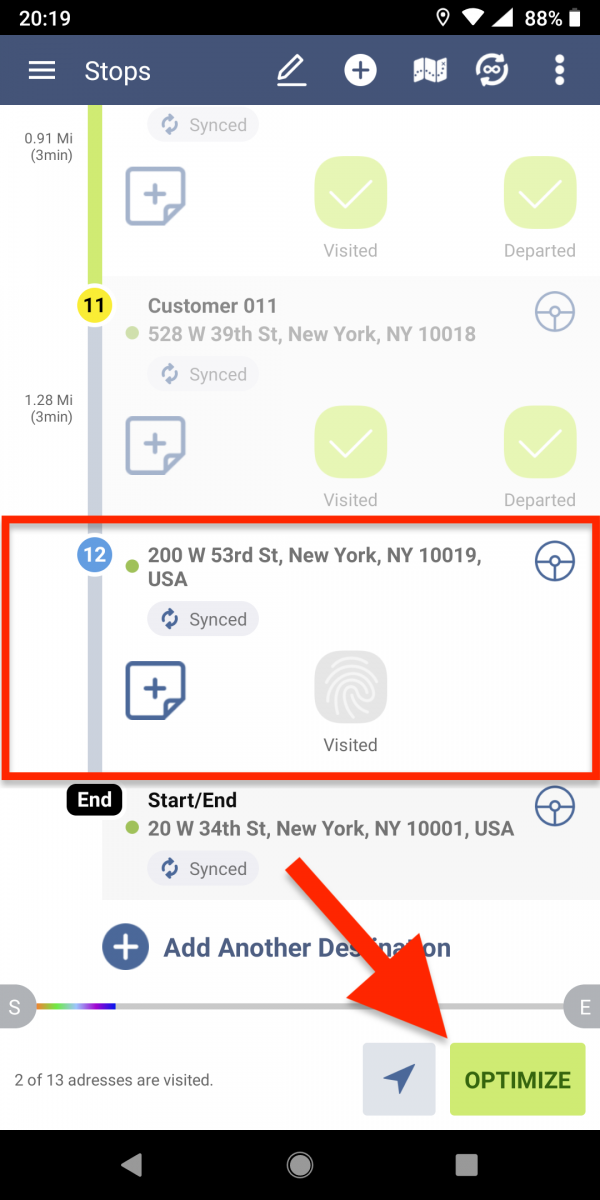 Once the route is re-optimized, the newly inserted address will be placed at the most optimal position on the route in terms of time and distance. 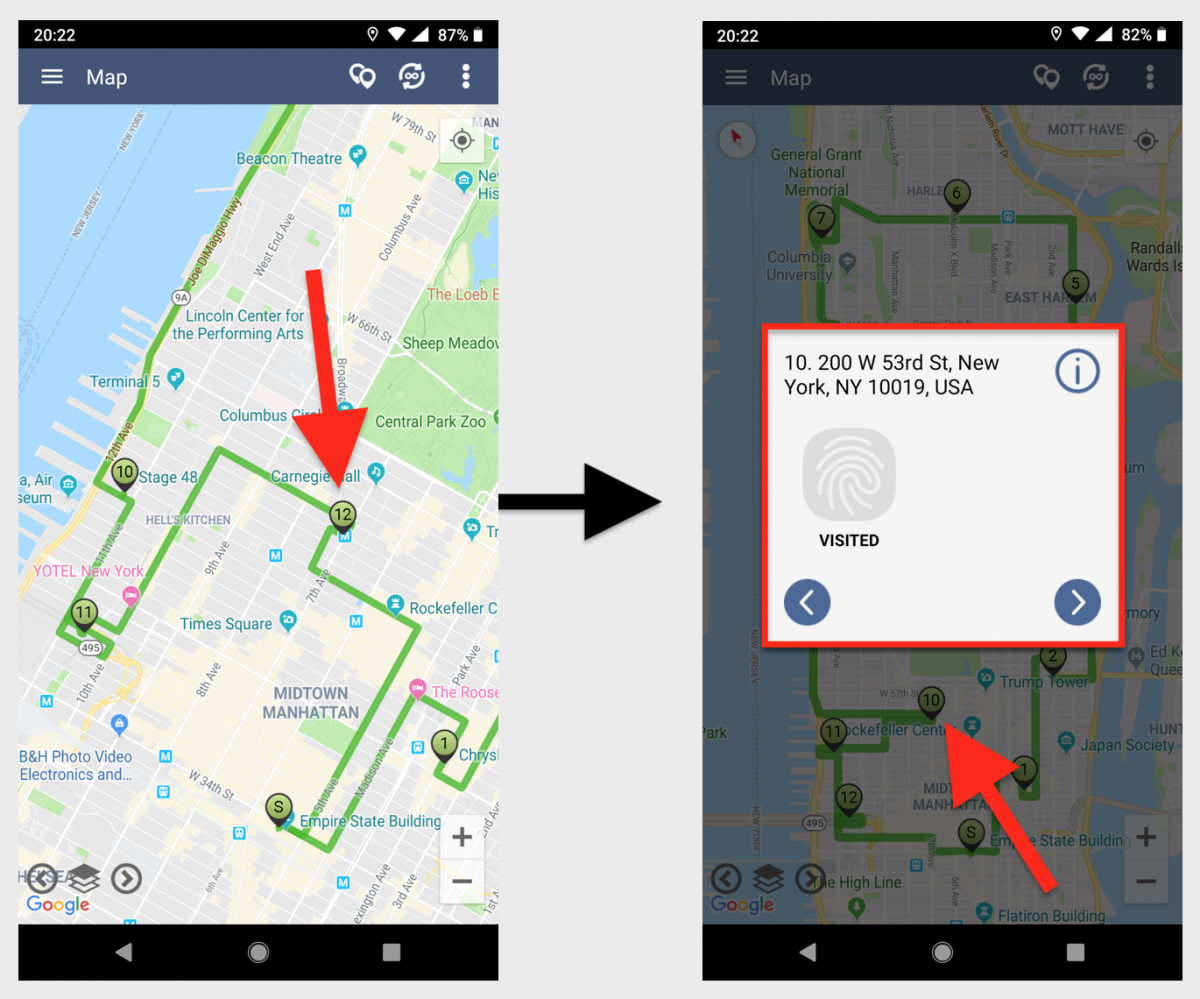