Split Route Addresses Into a New Route in Route Editor

Splitting a planned route in half is fast and easy with Route4Me. All you need to do is select the addresses you want to move from one route to a new route. Route4Me will automatically split route addresses from the selected route and move them to a new separate optimized route. After that, you can dispatch the new route to a driver in real-time.

To split route addresses into a new route, open the route that you want to split in the Route Editor. To do so, go to “Routes List” or “Routes Map” from the navigation menu and then open the preferred route. After that, go to “Route” in the toolbar at the top and then select “Split Into a New Route” from the menu.

Next, select the route address that you want to move to a new route by checking the respective boxes. After selecting the preferred addresses, click on the “Split Into a New Route” button to split route addresses into a new route.

After splitting route addresses, Route4Me automatically removes the selected addresses from the opened route and moves them into a new automatically optimized route. Equally important, the new route inherits the same start address, route name, and has the same assigned user (driver). Accordingly, you can access the new route in the Routes List or Routes Map. 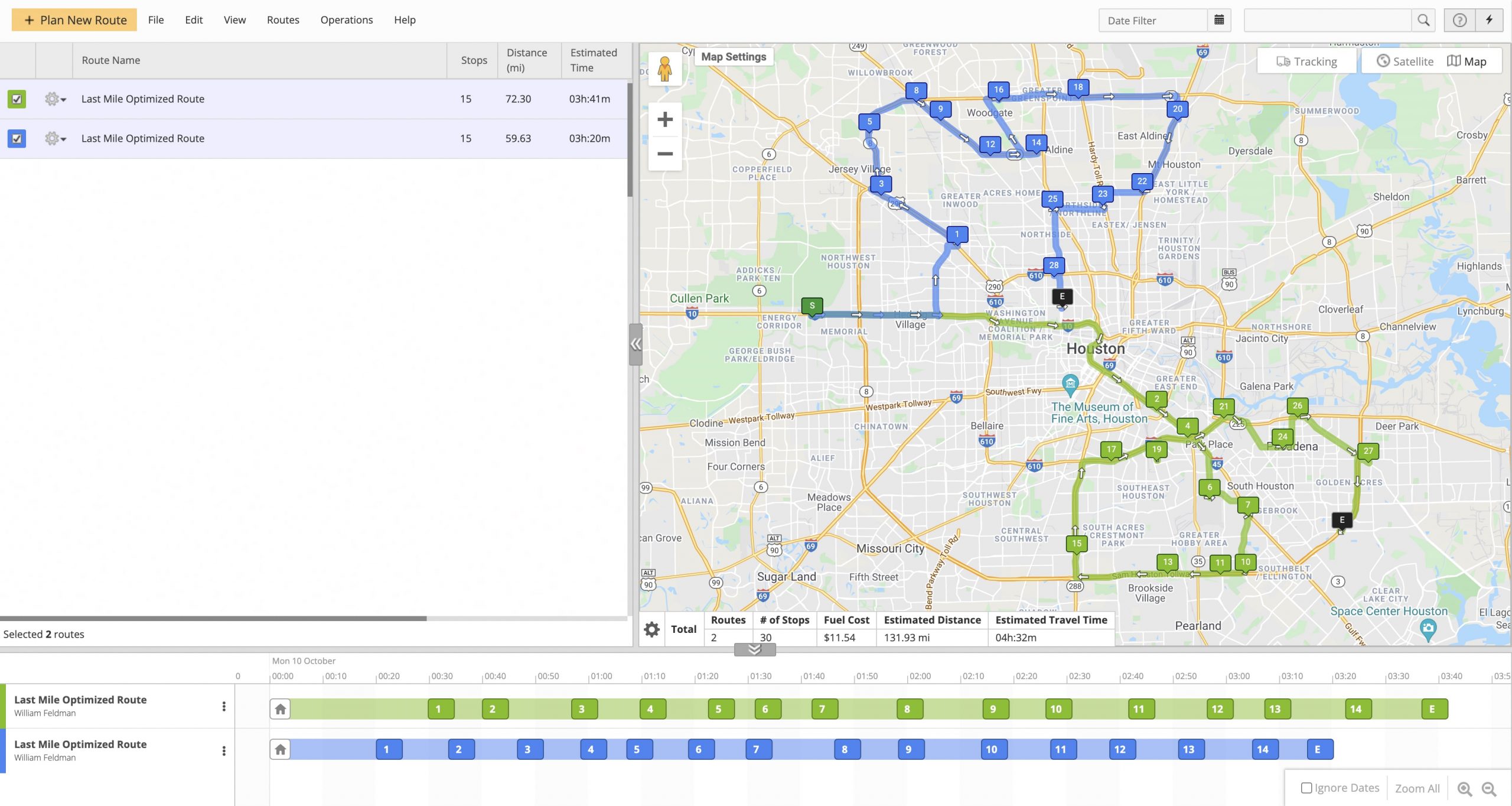 Further, once you split route addresses into a new route, you can instantly dispatch the new route to another driver. In short, to dispatch a route to a driver, the driver needs to be assigned to the route. After that, the respective route will automatically become available on the driver’s account in real-time.

So, to dispatch a route from the Route Editor, go to “Edit” from the toolbar at the top and then select “Assign User” from the menu.

Additionally, you can dispatch routes to drivers from the Web Platform using the Route Editor, Routes Map, and Routes List. To do so, go to “Routes Map” or “Routes List” from the navigation menu, and select the preferred route(s).  Next, go to “Edit” from the toolbar at the top and then select “Assign User” from the menu.