With Route4Me’s Max Stops per Route Add-On, you are able to define the maximum number of customers’ locations that can be visited and serviced per one driver route. Thus, you can import hundreds of customers’ addresses and the route optimization system will automatically solve the Traveling Salesman Problem (TSP) and the Vehicle Route Problem (VRP), planning efficiently sequenced and equally-sized routes with multiple destinations and enabling you to get more control over the workload distribution inside your team. For example, you know that your drivers are allowed to work no more than 8 hours per day, but you also know that they get fatigued after delivering and picking up more than 50 packages, or your vehicle fleet is capable of visiting and servicing no more than 10 customers per one route before running out of fuel or inventory. Then, if the route duration exceeds 8 hours or the number of stops on the route is more than preferred, one or multiple new routes will be automatically created. Moreover, you can also use Cubic Volume, Weight, Pieces (number of items), Priority, and Revenue constraints to get even more control over your routes and make sure that your team is functioning as efficiently and safely as possible.

To plan routes with the Max Stops per Route constraint, first, go to Plan New Route from the navigation menu. 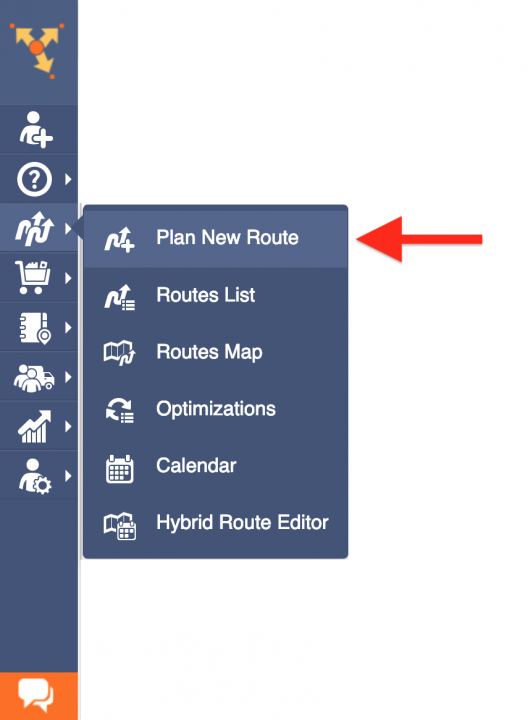 Then, in the Maximum Stops per Route field, define the maximum number of stops that can be included into one planned route.

Next, review the imported addresses and then click on the Finish Import button to plan the route(s).

Depending on the Maximum Number of Routes/Vehicles, Maximum Route Duration, and Maximum Stops per Route settings, the system automatically plans the corresponding number of equally-sized and efficiently optimized routes. If multiple routes are planned, then they are automatically opened in the Routes Map. When the system plans multiple routes, each route is suffixed with its corresponding progression Part number next to the original name of the route.

Learn more about how to use the Routes Map for moving stops between different routes.

Thus, with the Max Stops per Route Add-On, you can avoid overloading your drivers and fleet with one huge oversized route by splitting it into several efficiently sequenced and equally-sized routes that can be distributed among multiple drivers without compromising the safety and effectiveness of your team. 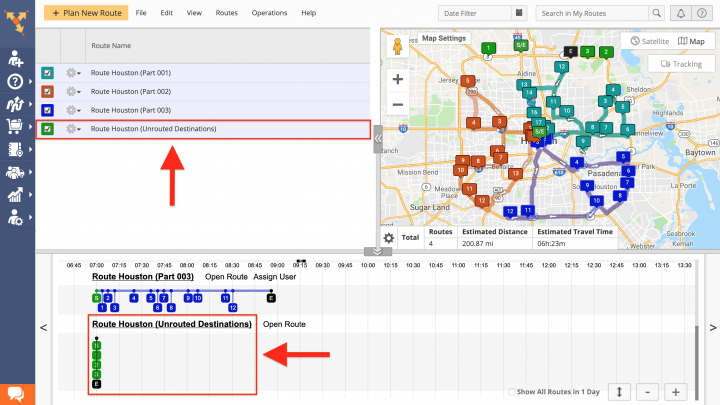 To move a stop from one route to another using the timeline, click and hold on a particular stop from one route and then drag it to the preferred sequence position on another route. Thus, whenever you have stops that did not fit into planned routes due to the exceeded optimization constraints, you can always manually distribute them to different routes in a fast and effortless manner.