Depending on the particular needs of your business or unique business model, you may want to control the amount of time each of your routes lasts. For example, your drivers can get fatigued after driving for a particular amount of hours, the vehicles in your fleet (i.e., refrigerated trucks, electric vehicles, etc.) cannot run for too long, you need to deliver goods that can go bad very fast, and so on. With Route4Me’s dynamic routing software that supports the Max Route Duration constraint, you are able to define the maximum time duration that each of your planned routes should not exceed. Thus, once you import the addresses that you need to visit, Route4Me processes them and outputs an optimal number of efficiently sequenced and equally-sized routes where each route does not exceed the predefined amount of time. Moreover, you can also use Cubic Volume, Weight, Pieces (number of items), Priority, and Revenue constraints to get even more control over your routes and make sure that your team is functioning as efficiently and safely as possible.

To plan routes with the Max Route Duration constraint, first, go to “Plan New Route” from the navigation menu. 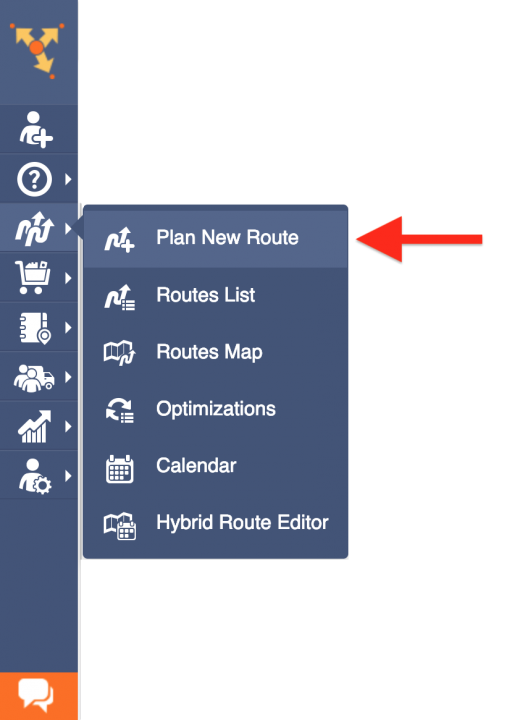 Next, select one of the preferred route data import methods (Interactive Map Editor, Copy-and-Paste, Upload a File, or Import Data).

After that, to be able to apply the Max Route Duration constraint, adjust the following route optimization settings:

NOTE: The “Maximum Number of Routes/Vehicles” and “Maximum Route Duration” constraints, as well as the “Multiple Drivers Route” optimization type can be enabled through the Feature Manager as components of the “Route Optimization for Multiple Drivers Without Advanced Constraints” module. Alternatively, when registering a new Route4Me account, in the “Dynamic Routing” section, select the “Advanced Route Optimization” package that comes with the corresponding optimization type and both constraints included.

Next, review the imported addresses and then click on the “Finish Import” button to plan the route(s).

Depending on the predefined “Maximum Number of Routes/Vehicles” and “Maximum Route Duration” constraints, the system automatically plans the corresponding number of equally-sized and efficiently optimized routes. If multiple routes are planned, then they are automatically opened on the Routes Map. When the system plans multiple routes, each route is suffixed with its corresponding progression “Part” number next to the original name of the route. 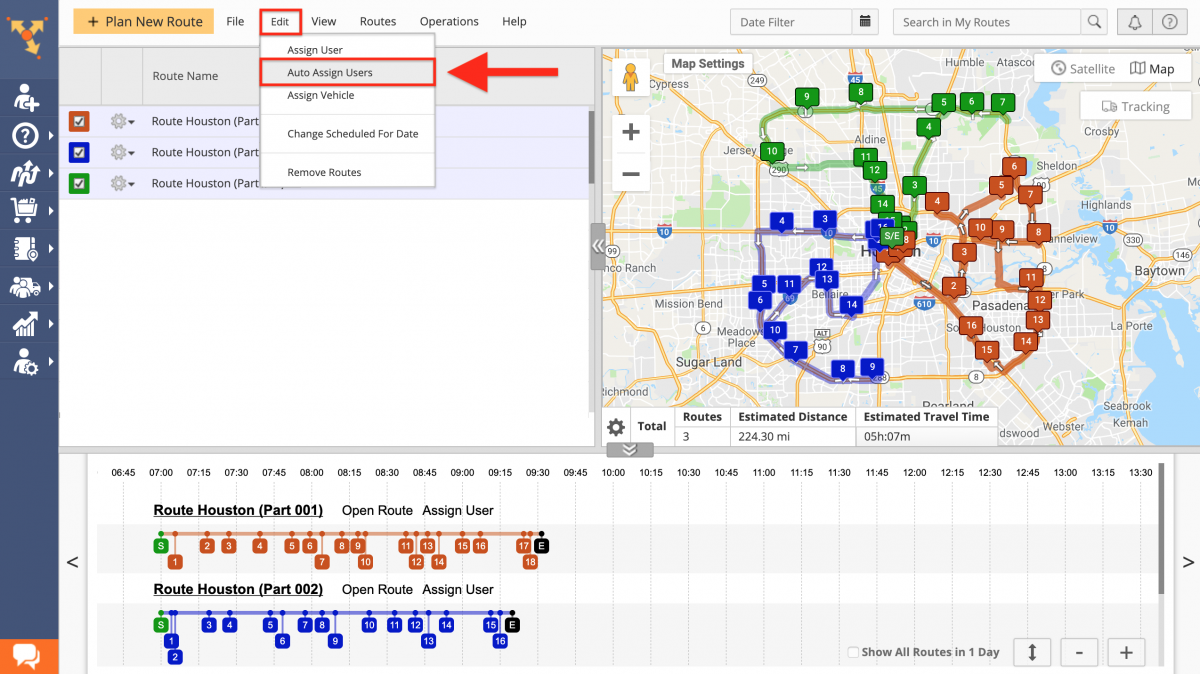 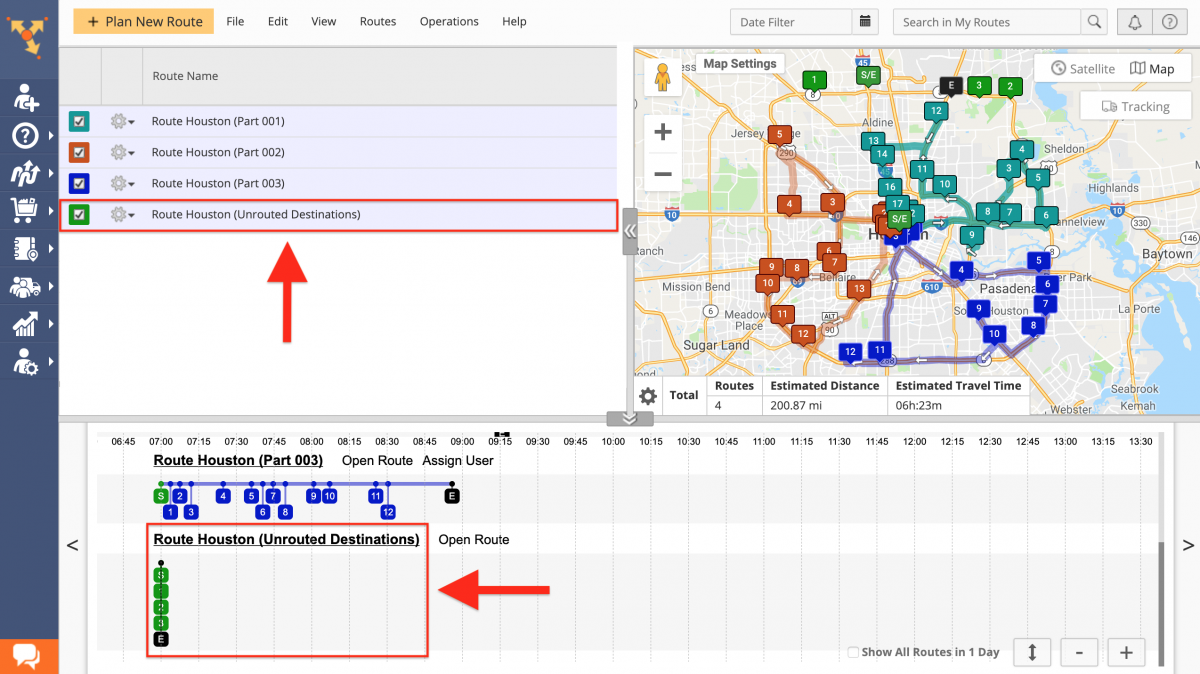 In the example below, the Max Route Duration constraint for 1 route was set to 02:00 hours and the Max Number of Routes/Vehicles constraint was set to 3 routes/assets. After importing addresses and applying the defined optimization constraints, the time required for visiting all imported addresses exceeded 06:00 hours. Since the optimization was restricted from planning more than 3 routes with the maximum duration of 02:00 hours for each route, the addresses that did not fit into the optimization were included into the automatically generated “Unrouted Destinations” route. 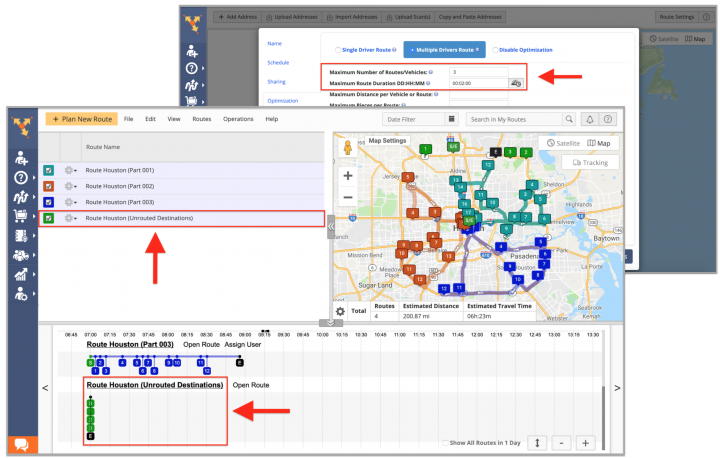 When you have one or multiple “Unrouted Destinations” routes, you can use the timeline in the Routes Map for moving stops between different routes. To move a stop from one route to another using the timeline, click and hold on a particular stop from one route and then drag it to the preferred sequence position on another route. Thus, whenever you have stops that did not fit into planned routes due to the exceeded optimization constraints, you can always manually distribute them to different routes in a fast and effortless manner. 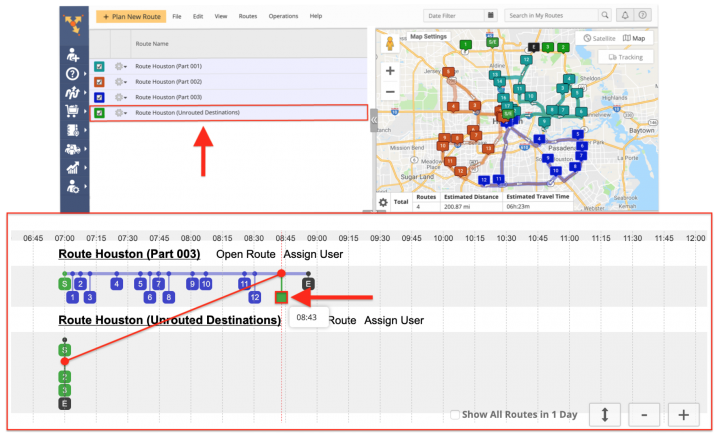