Change the Sequence of Stops on a Planned Route – Android

Route4Me’s Android Route Planner is designed to make your routing operations and transactions as fast and flexible as possible, allowing you to plan, optimize, and navigate routes of any complexity on the go. With Route4Me’s Android app, you can effortlessly change the sequence of stops/destinations on any route and instantly synchronize the changes on all associated computer or mobile devices. Thus, if you use your Route4Me Android app for changing the sequence of addresses on the route that you assigned to your team member, this route will be automatically updated on this user’s device accordingly.

To change the sequence of stops/destinations on a particular route, first, open this route by going to “My Routes” from the navigation menu to open the list of all routes associated with your Route4Me account and then selecting the route that you want to modify. 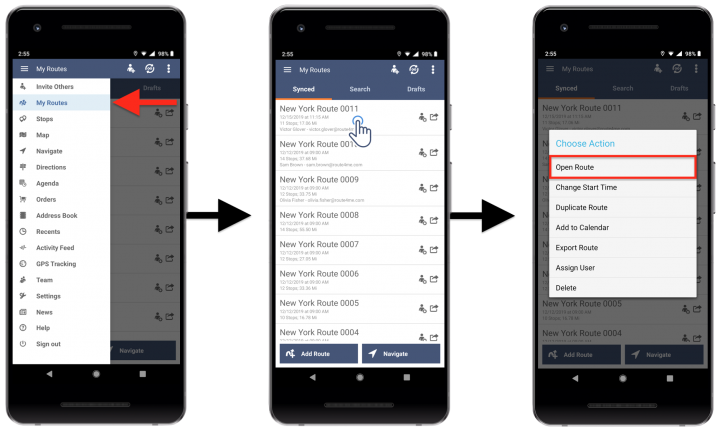 To change the sequence of addresses on the opened route, first, tap on the pencil/edit icon at the top of the screen. After that, you can remove stops from the route or change their sequence position. To remove a particular stop from the route, tap on the corresponding icon next to the stop that you want to delete. 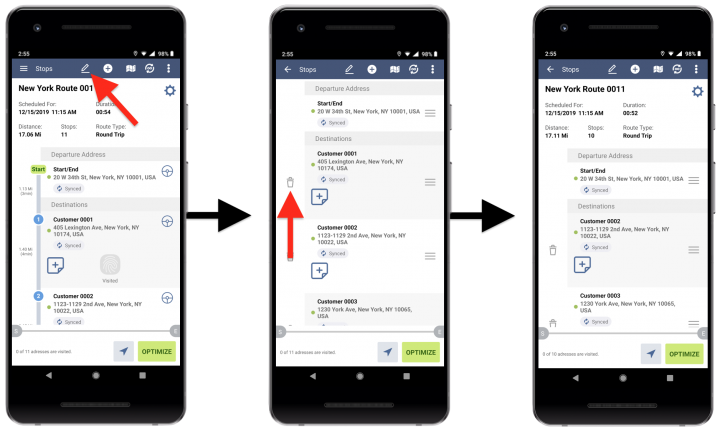 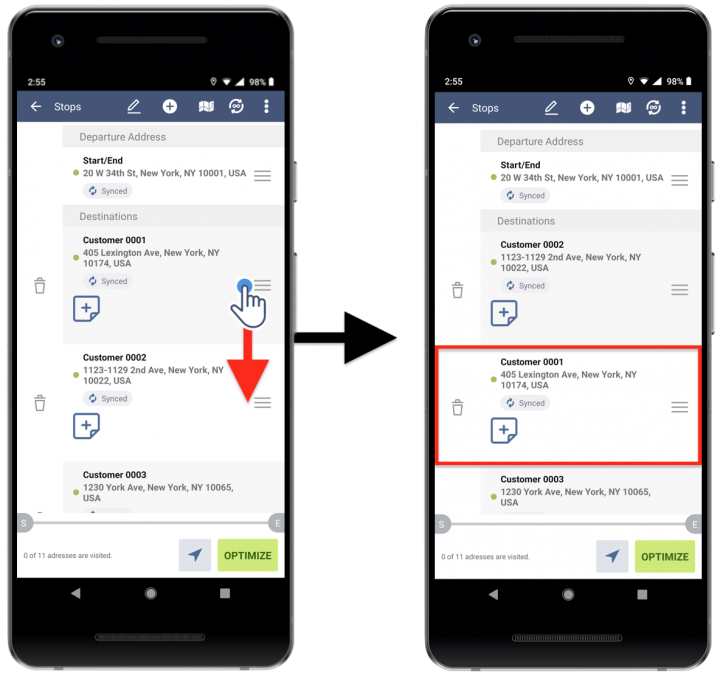 To save the changes, tap on the back arrow in the top left corner of the screen. 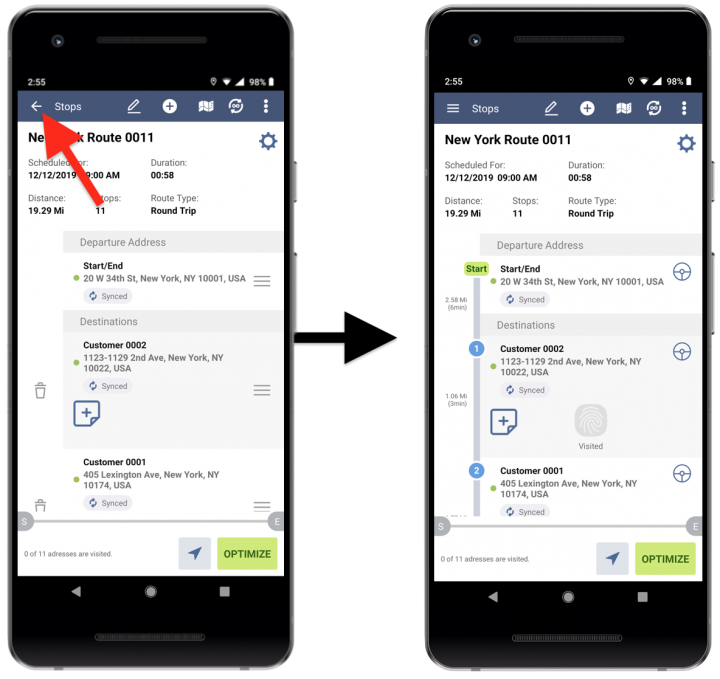 Route4Me provides near real-time data synchronization across all associated computer and mobile devices so that whenever you change the sequence of stops on a particular route using Route4Me’s iOS or Android mobile app, the corresponding route is instantly updated on the Route4Me Web Platform and vice versa.