Distributor Cross-Docking involves a central distribution center that consolidates inbound products or goods received from multiple vendors into the outbound mixed product pallets. Thus, once each mixed pallet is assembled from the different received product types, it is delivered to the end customer or another production line. For example, automobile manufacturers can receive certain car parts from various third-party vendors, use them for assembling vehicles, and then ship the final products to end customers. With Route4Me, you can streamline your entire supply chain of distributor cross-docking operations and transactions by planning optimized routes for transporting goods from multiple vendors to a single distribution center as efficiently and fast as possible. Once the received products are assembled into mixed product pallets, you can plan optimized routes with the most optimal stops sequences for distributing the final mixed pallets to end customers, other assembly lines, or any other locations you can find on the map. To create thousands of optimized routes for your distributor cross-docking purposes all you need to do is import the addresses of your vendors and the main distribution center into the system and Route4Me will compute the most cost-effective and time-efficient solution for you. 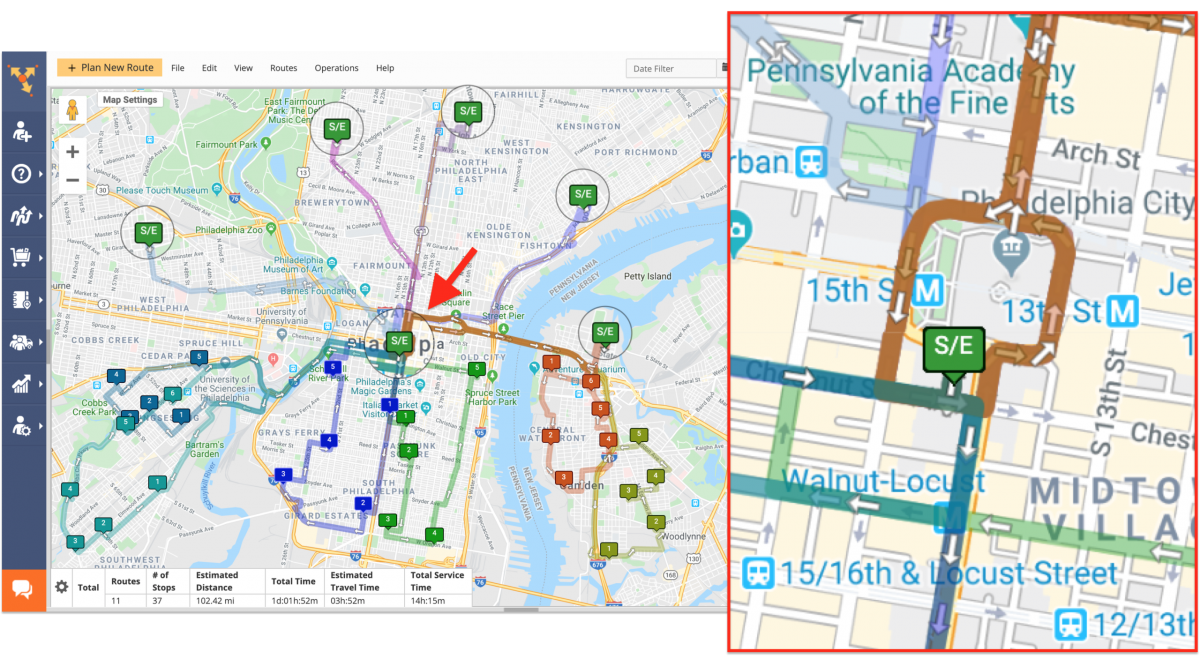 To plan and optimize routes for distributor cross-docking and transloading, first, go to “Plan New Route” from the navigation menu and then select the “Upload a File” option. 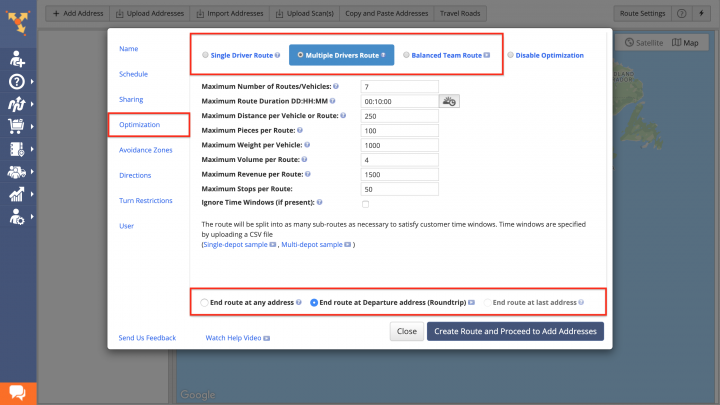 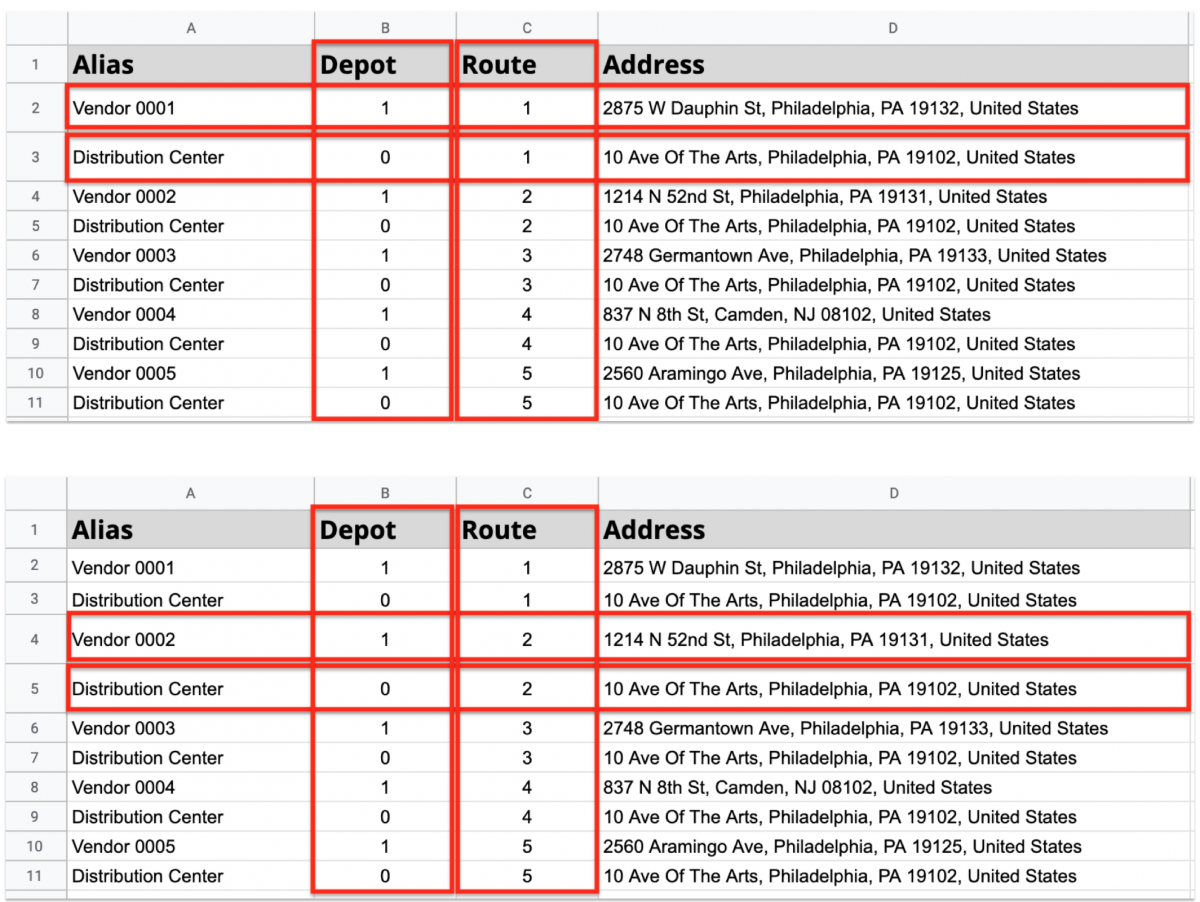 In the “Verify Addresses on Map” window, you can view all imported and processed addresses on the map, as well as check their geocoding statuses. All depots or warehouses are displayed on the map as depot icons and the main distribution center is displayed as a route stop. After checking the addresses, click on the “Finish Import” button.

Once the routes are planned, each delivery route will start from its own depot from where the products will be delivered to the main distribution center. Provided that each route is planned as “Roundtrip,” after unloading products at the distribution center, each vehicle will return to its depot/warehouse. 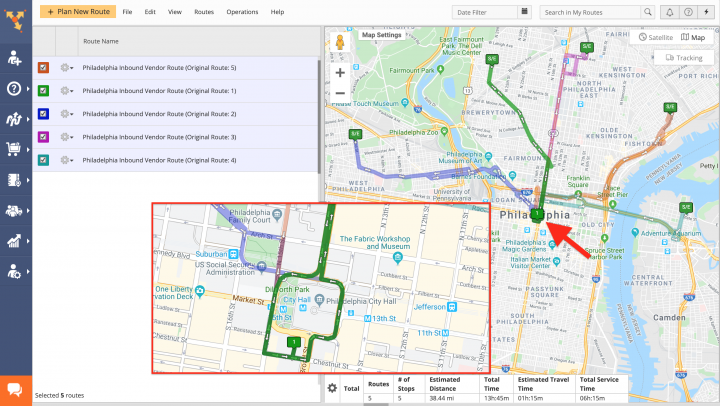 After you planned routes for receiving inbound shipments, you can plan outbound routes from the distribution/assembly center to deliver the already assembled mixed product pallets to end customers. To do so:

Once the routes are planned, each distribution route will start from the same depot and branch out to different locations. Provided that each route is planned as “Roundtrip,” after unloading the products, all vehicles will return to the same depot or the same distribution center from where they started. 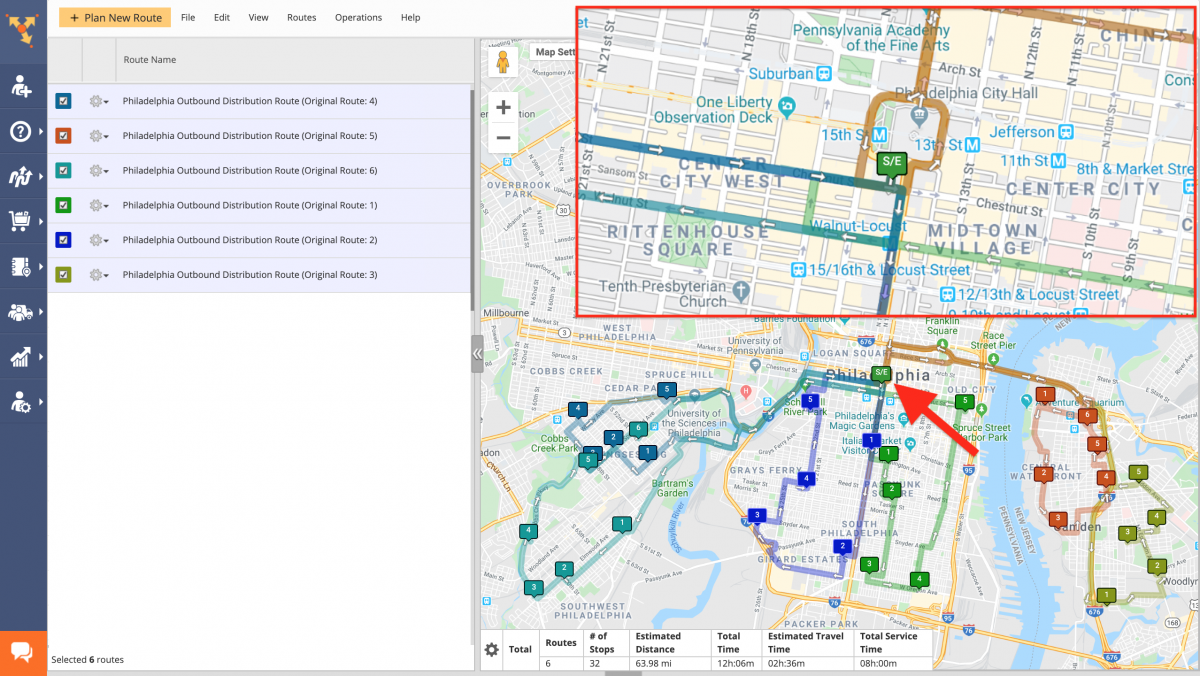 Thus, Route4Me can help you to streamline your entire distributor cross-docking operation by first delivering the required goods to the main distribution center and then delivering the assembled mixed product pallets to end customers – all with seamless continuity and in the most efficient and cost-effective way. Moreover, all you need to do to plan thousands of cross-docking routes is to import a spreadsheet with addresses and Route4Me will do all the computing for you. 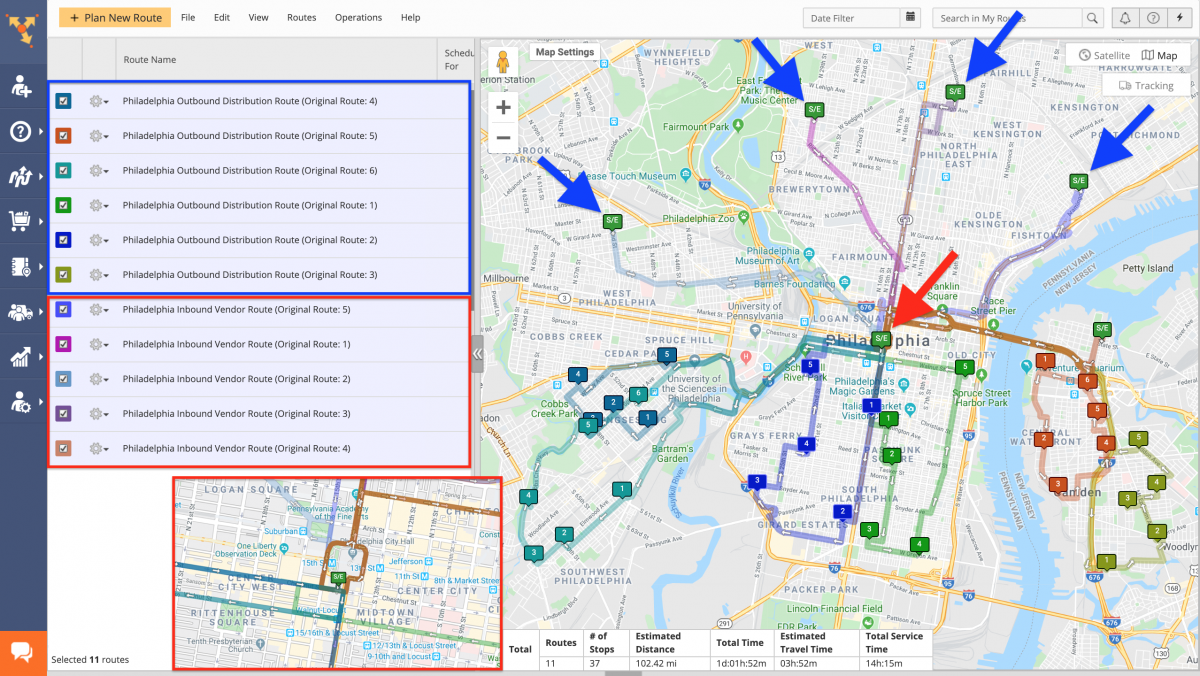