Many businesses with unique business models conduct their routing operations and logistics transactions from a single depot, warehouse, or headquarters. For example, food delivery businesses can pick up goods at the main kitchen and then deliver them to different customers, online stores can deliver orders from a single warehouse to different locations, repair companies can send their employees to different customers from the single headquarters, and so on. With Route4Me’s dynamic routing software, you can simply import any number of addresses into the system, and Route4Me will automatically compute the most optimal number of routes with a single depot where each route will have the most cost-effective sequence of stops. Moreover, Route4Me enables you to add extra layers of optimization to your routes by applying such advanced constraints as cubic volume, weight, number of pieces, etc., to your routes, and even define the maximum number of stops you want to have in each planned route or the maximum distance you want each route to be.

To plan multiple routes for multiple drivers with a single depot, first, go to “Plan New Route” from the navigation menu and then select one of the preferred route data import methods (Interactive Map Editor, Copy-and-Paste, Upload a File, or Import Data). 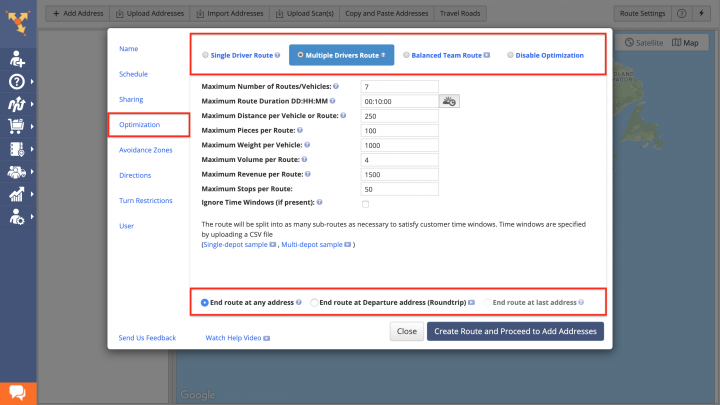 After that, specify the rest of the route’s parameters to your preference and then click on the “Create Route” button. 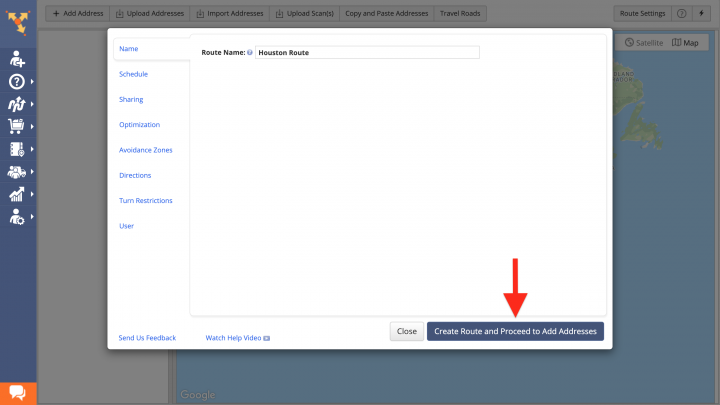 When using the Copy-and-Paste address import method, the first address pasted into the corresponding window will be used as the depot for all planned routes.

When using the Interactive Map Editor, the first addresses picked from the map and added to the editor will be used as the depot for all planned routes.

When importing a spreadsheet with addresses into Route4Me, the first address in the spreadsheet will be used as the depot for all planned routes. To learn more about Route4Me’s spreadsheets requirements, visit this page.

Depending on the predefined “Maximum Number of Routes/Vehicles,” “Maximum Route Duration,” and other advanced constraints, the system automatically plans the corresponding number of equally-sized and efficiently optimized routes. When multiple routes are planned, they are automatically opened on the Routes Map. When Route4Me plans multiple routes, each route is suffixed with its corresponding progression “Part” number next to the original name of the route. Once you planned multiple routes, you can start assigning users (learn how) and vehicles (learn how) to them. 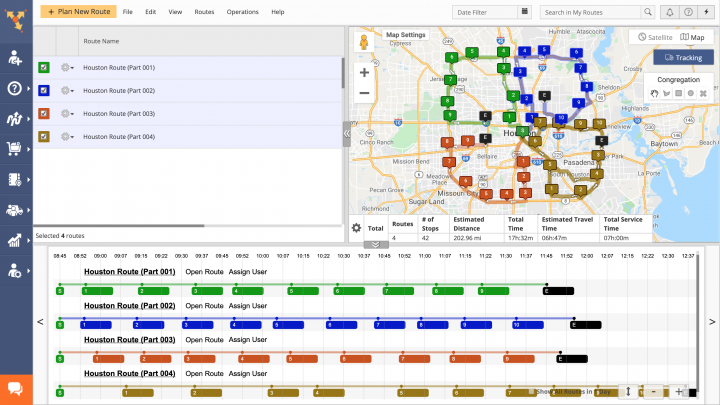 When planning multiple routes for multiple drivers with a single depot and selecting the “End Route at Any Address” option, each optimized route starts from the same depot and ends at the most optimal address.